By Sharon Letts   Medicating for the music, for life. The First Lady of the West Coast (FLOTWC), otherwise known as 1st Lady, hails from Oakland, California. She’s what we call a Renaissance woman: a poet, singer songwriter, music producer, entrepreneur, and cannabis cultivator. There’s nothing she can’t do once she sets her mind to […] 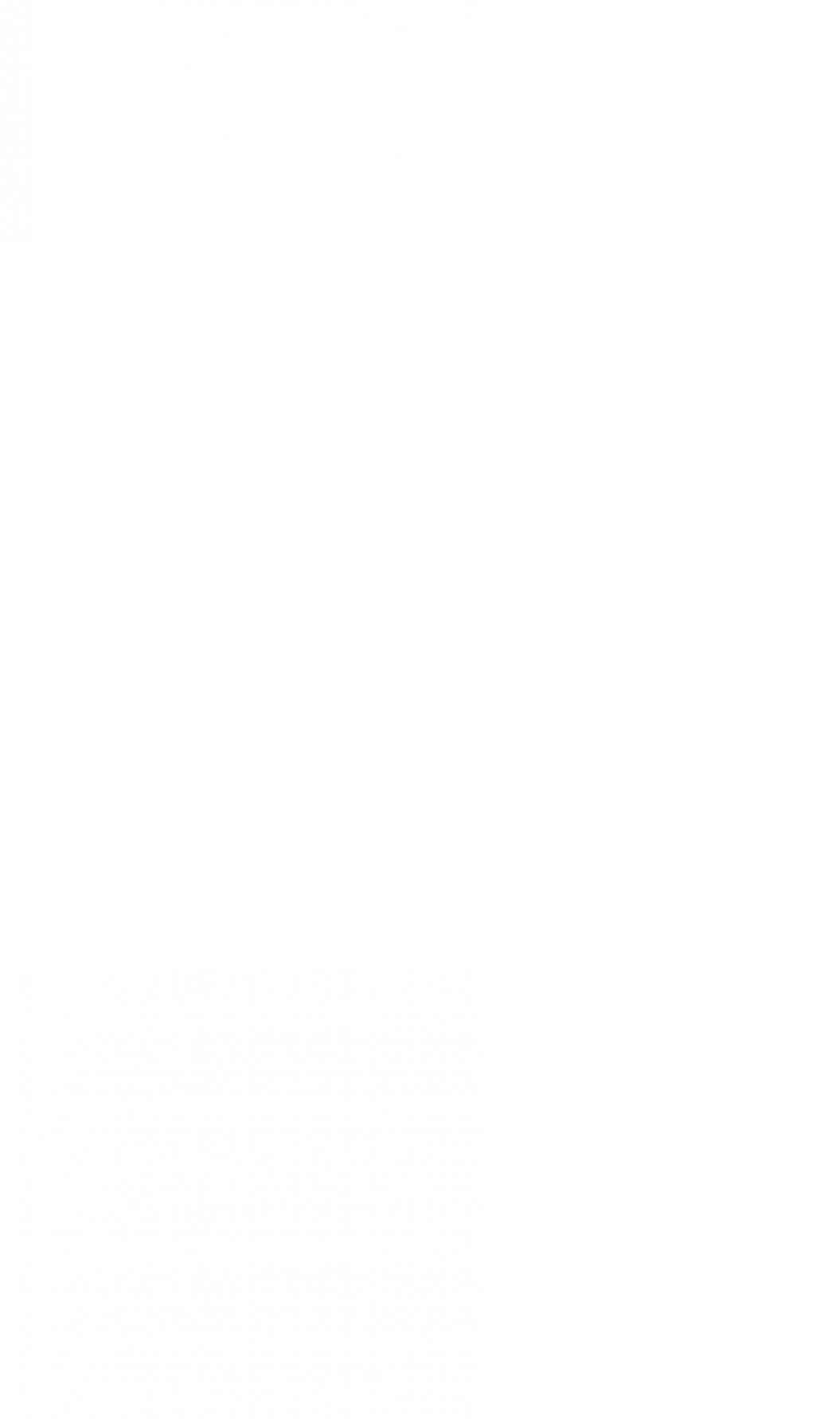 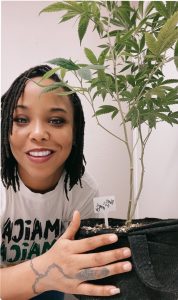 Medicating for the music, for life.

The First Lady of the West Coast (FLOTWC), otherwise known as 1st Lady, hails from Oakland, California. She’s what we call a Renaissance woman: a poet, singer songwriter, music producer, entrepreneur, and cannabis cultivator. There’s nothing she can’t do once she sets her mind to it.

First isn’t just a word in her name, she’s also the first black female cannabis farmer to have her own line of cultivars, under her company, HERBOLC. The line began in 2016, with her first cultivar, First Lady of the West Coast Kush, then Black Girl Magic OG, December Nights OG, and Shirley Ross OG, also known as, SRG.

The term Black Girl Magic comes from a movement begun by CaShawn Thompson began in 2013, as a way to “celebrate the beauty, power and resilience of black women,” as well as congratulate them on their accomplishments, as penned in part by Julee Wilson of the HuffPost.

FLOWC Kush, aka: FlotwcKush, is a Sativa dominant hybrid, 60 percent Sativa and 40 percent Indica, said to be dripping with trichomes.

Shirley Ross OG is a new cultivar currently being tested, with the 1st Lady, stating it feels Indica heavy. This cultivar was created to honor her grandmother, Shirley, who passed away on July 25, 2019.

DecemberNightsOG is another new cultivar, also pending testing, with the 1st Lady, adding, “This one feels Indica dominant, with a fruity-loop fragrance and taste.” She’s especially looking forward to finishing up and introducing this cultivar that Joseph “Resin” Rezenee, the man who taught her to grow in Oakland. The cultivar was gifted to her from Resin and named by her Godson.

Rezenee was formerly with Harborside Wellness, the Oakland dispensary founded by the DeAngelo brothers, Steve and Andrew. She initially came to Rezenee with a list of her own symptoms to address via a cultivar, namely depression and mood swings from a diagnosis of Bi-Polar Disorder.

“When I was 17, I closed my eyes and said to myself, ‘God, can you hear me? It would be really dope to have my own cultivar line,’” she explained. “I manifested this, but Resin taught me to grow.”

Another muse and teacher, Dukeoferb, is her breeder, helping her to develop all her cultivars – including the iconic, Black Girl Magic OG.

“His last name is Erb, so I think that’s hella cool,” she added.

Treating Herself with Weed

Her mother was a Police Officer for the City of Oakland, creating a precarious situation for experimenting with cannabis at home. One day, while her mom was at work, she and some friends decided to smoke weed for the first time out in the backyard of her family home. Scared and paranoid, initially, once the feeling settled in, she knew it was helping her.

“The first time I smoked I knew it was medicine,” she shared. “I had attempted suicide as a teenager several times, and had been prescribed a lot of pharmaceuticals, but it all made me feel like a zombie and I was not productive. But God had a plan for me – I’m supposed to be here.”

After smoking, the 1st Lady said she felt alert and alive for the first time in her life.

“I felt creative again for the first time in a long time,” she continued. “I could run and exercise, and it really lifted me out of the depression.”

The effects of merely smoking cannabis are numerous, and include treating depression, quelling anxiety, and opening up the third eye, allowing creativity to flow. The 1st Lady said she began sneaking off to get high or self-medicate with cannabis, purposefully, ignoring her doctor’s warnings.

“My doctor said that treating my depression with cannabis was the stupidest thing he’d ever heard of,” she said. “Every single one of my doctors said they would report me to the police if I continued self-medicating with the plant. So, I just stopped talking to them about it. I knew what was helping and what wasn’t.”

A paper published in 1998 by PubMed, co-authored by the late-great Dr. Lester Grinspoon, past Associate Professor of Psychiatry at Harvard Medical School, stated that cannabis acts as a mood stabilizer in bipolar disorder.

The paper reports anecdotal stories from patients suffering from the disorder, successfully treating symptoms with cannabis, stating that the plant helps to relieve symptoms far better than conventional pharmaceuticals.

One woman said it curbed her manic rages. Others said it allowed them to reduce the amount of prescribed mood stabilizers.

Current patients this writer has profiled agree that cannabis does indeed stabilize their extreme mood swings, though many articles found online suggest that too much THC, or tetrahydrocannabinol, the compound within the plant that when heated causes a psychoactive response, can also trigger psychosis and neurosis, associated with the disorders manic episodes.

Too much THC can also trigger anxiety, and patients must be proactive in the way they medicate. Smoking alone may not be enough, as the patient or partaker is only getting a fraction of the beneficial compounds by burning the flower.

Using concentrates, such as smoking dabs or vaping, or ingesting low amounts of medibles seems to add to the efficacy, stating it gives them an overall feeling of well being for a longer amount of time.

When the First Lady wakes, she bakes. Not to just get high, but to lift endorphins – which is really the same thing. Not stoned, which comes from the drinking culture of alcohol. Cannabis literally lifts endorphins and creates dopamine in the brain, successfully treating depression for many.

The citrus flavored terpene is called limonene, and is found in oranges, limes, lemons, etc. It’s benefits include aiding stress, anxiety and depression. One theory on terpenes is, the fragrance and taste you are attracted to are the ones your body needs. So, it makes sense, with a diagnosis of Bi-Polar, that this particular terpene is a favorite of the First Lady.

A study published in the National Library of Medicine’s site, PubMed, findings indicate that increasing fruit and vegetable intake for just two weeks treats depression. Making the old adage, you are what you eat, more true than ever.

“I love the benefits juicing cannabis leaf with fruits and veggies brings to my body,” she said. “Raw cannabis juice is full of nutrients, and is just as beneficial as kale and spinach.”

In fact, like kale, spinach, oregano, and a plethora of beneficial herbs, cannabis is a superfood. Meaning, it has the most beneficial compounds, able to address all of our biological systems, while strengthening our immune system.

Top of the list for benefits from many plants is addressing chronic inflammation, which is the root of many evils, or illnesses, in our modern world, including chronic pain.

By afternoon, she says a good Sativa is necessary for an energy lift.

“Straight Sativa cultivars are my go-to to get my creativity going,” she said. “I love it, because it adds a warm vibe and allows me to be creative, giving me new ideas for music. It’s also a good help with reading and studying – one of my favorite things to do. Mainly, it helps me focus, as well as brightens my mindset.”

Another paper published in the National Library of Medicine’s PubMed, details the benefits and differences of Sativa, stating that Sativa cultivars are found to reduce the brain’s reuptake of serotonin, acting like the SSRI class of antidepressants, such as Fluoxetine and Sertraline. In boosting the amount of serotonin present in the brain, the right dose of Sativa has antidepressant effects.

Nighttime is for Ingesting

Sometimes those suffering from insomnia need a little bit more of the plant to simmer down from the day and get much needed rest. Ingesting cannabis induces REMs, or the Rapid Eye Movement part of sleep that gives us the biggest recharge. Without deep sleep the body can’t sufficiently regenerate, reset, and heal.

“I’ll smoke at night, but I’m a night owl, so I’m up getting work done” she said. “I’ll do a mix of CBD infused medibles, like Space Candy. This gives me a more settled down mood, and I might listen to a little jazz, or do some cooking or watch a movie. CBD takes the edge off the day and allows me to relax – sometimes I’ll take an early evening nap before getting into a project.”

She also smokes Indica at night, adding a blunt at the end of her work night, before bedtime.

From the same NLM paper, Indica stimulates the endocannabinoid system in the modulation of a neurochemical called GABA, which then regulates dopamine release, also helping the patient to concentrate, treating anxiety, and subsequently, depression.

That said, one theory out there is that Indica and Sativa cultivars are unstable, and a full terpene and cannabinoid profile are desired – with certain terpenes leading the mood enhancing compounds.

“I like edibles, or medibles, but I save them for evening because they can sneak up on me,” she laughed. Lately, I’ve been developing product and edible lines, so I also taste test and experiment for effect.”

The distinction between an edible and a medible depends on what the partaker is using it for – to recreate or medicate. This writer likes to say, “medicate to recreate,” because really, it’s all the same. Even if you just want to get high, your body is still reaping the benefits of the medicinal compounds of the plant.

Music is her life, but cannabis enhances her experience of writing, singing, and producing for herself and others. The plant keeps her mentally and physically on track, and able to support others in their creative endeavors.

“While I enjoy the euphoria of smoking, cannabis is and always will be plant-based medicine for me,” she surmised. “The lyrics I write are meant to remind and inspire young men and women, and to remind them that they are Kings and Queens. Women hear the word b*tch so much – especially in rap music, they forget who they are. Not just black women, but women of all colors. I’ve learned to love myself and cannabis has been a big part of that.”

Cannabinoid Receptors and the Endocannabinoid System/Sativa vs. Indica: https://www.ncbi.nlm.nih.gov/pmc/articles/PMC5877694/