By: Sharon Letts Since using cannabis oil to put breast cancer into remission in 2012, I’ve used myself as a lab rat, so to speak, in treating myriad ailments and disorders ever since, sharing my success stories of healing via essays in magazines around the world.  In the past eight years or more I’ve also […] 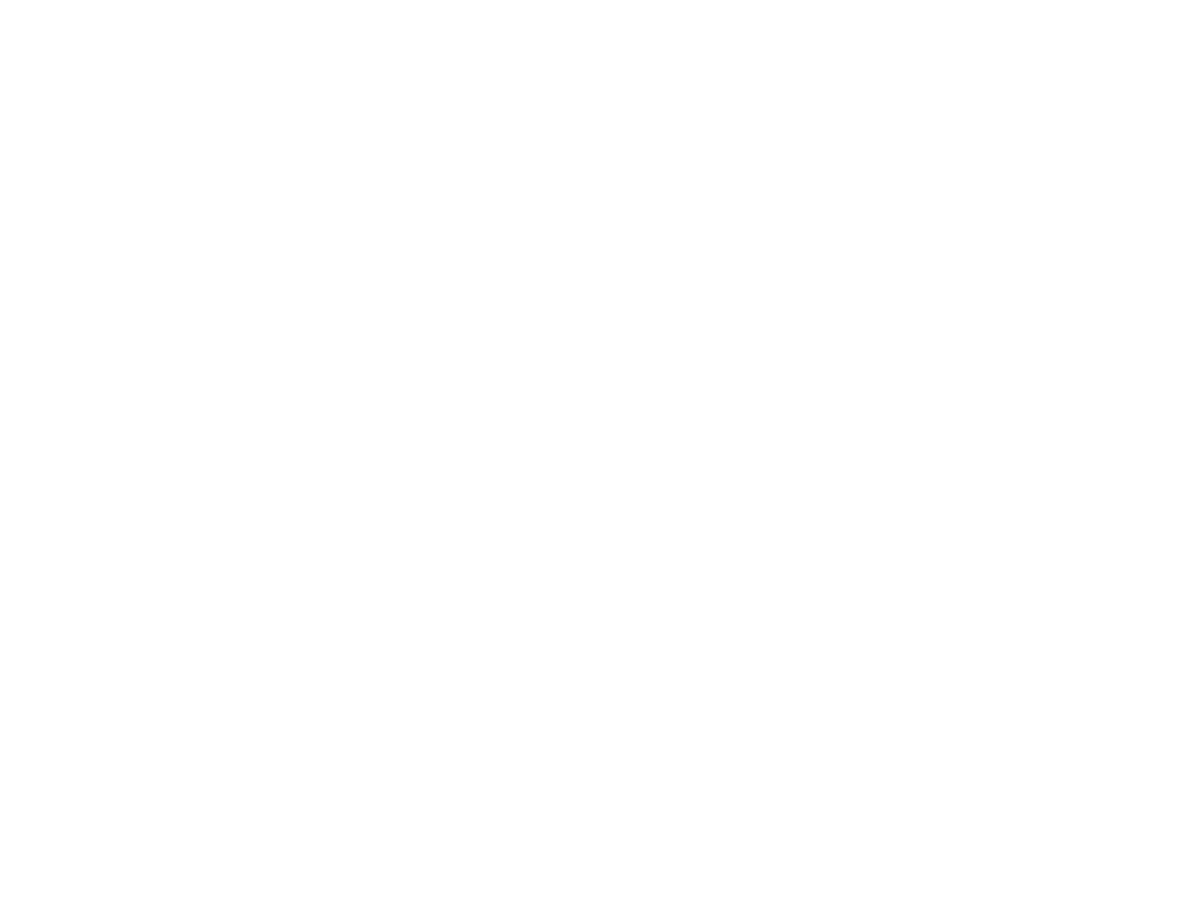 Since using cannabis oil to put breast cancer into remission in 2012, I’ve used myself as a lab rat, so to speak, in treating myriad ailments and disorders ever since, sharing my success stories of healing via essays in magazines around the world.

In the past eight years or more I’ve also interviewed hundreds of cannabis patients, and written hundreds of patient profiles, detailing success stories of the plant treating numerous conditions.

But, one subject I have not written of are my own struggles with myriad skin cancers over the years. Reason being, they continue to be on-going with no resolution in sight.

The good news is, a daily protocol of cannabis and other beneficial plants have helped me keep the cancers and skin tags at bay – including the biopsied and diagnosed spots of melanoma. 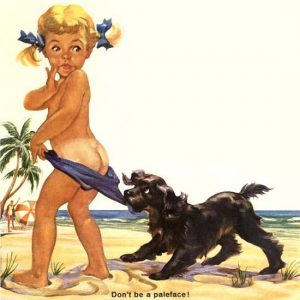 Having grown up on the beach in Southern California in the 60s and 70s, and then making my living as a flower gardener for nearly 20 years, skin cancer is no stranger to this sun worshiper. I began having “sun spots” removed in my 30s.

Sunscreen was initially developed by World War II Airman, Benjamin Green in 1944, to protect soldiers from the hot Pacific sun, but it was more of a goop than a lotion. Post war, Green became a pharmacist and kept tinkering until it became what we knew as Coppertone Tanning Lotion. Marketed to make tans darker, not protect from the sun. This was the lotion and mentality I grew up with.

We also used the petroleum byproduct of baby oil with a little iodine and cinnamon mixed in. Don’t ask me why. I remember one friend using a stick of margarine, then purposefully “laying out” for hours under the hot sun – as we all did. I have a photo of me and a friend from school sun bathing on my rooftop in Redondo Beach.

Over the years I’d use sunscreen, wear a hat regularly, and stopped purposefully laying in the sun to get a tan. Yet, the cancers keep coming.

Cancer, says the American Cancer Association, is now considered a part of old-age. No getting around it.

After successfully using cannabis oil to put the breast cancer into remission, my doctor was open to working with me on the many skin cancers popping up regularly around my body. In a stick-figure graph, she marked the location of 14 spots of concern, with two of them biopsied.

One small area was presenting on my forehead, first as a large pour – common in menopause, which I was going through – then, as a blackhead, then turned into an obvious cancer spot. It tested malignant, as a melanoma.

The other spot, located on my leg, mirrored another close by. My doctor removed one in her office, and we agreed I’d treat the other one – along with the 12 other spots, with cannabis oil.

The spot on my forehead went away within the first six months, then kept at bay with cannabis oil for more than four years, rearing its ugly head again this past year. I assumed I may be tolerant to the cannabis oil, taken for the past six or seven years at that point, and switched to another antioxidant oil of chamomile, made in the same way (alcohol reduction, recipe on my website under Apothecary).

Amazingly, after applying the chamomile concentrate, in just a few days, three white, irregularly shaped pieces of gristle popped out of the sore, then sealed and healed. This not only confirmed that chamomile is a viable treatment for cancer, but that I probably needed to switch up on the plants used, assuming a tolerance issue.

A quick search of tolerance to remedies online turns up with many articles and studies regarding pharmaceuticals, but herbalist sites claim the same. Our bodies become tolerant to ongoing consistent dosing of plant-based remedies, just as they do to pharmaceuticals, where dosages are commonly increased regularly.

Since coming to this realization, I’ve tried numerous changes to the oil used to treat the cancer on my forehead topically, as well as added other plants with anti-oxidant properties to the oil and tinctures I ingest.

So far, the various combinations have kept cancers at bay, with no sign of the toughest spots disappearing altogether. I must persist, though, as a dermatologist recently informed, if she removed the growth on my forehead that appears to be skin deep only, one of my eyebrows will be stitched up into an inquisitive position forever.

As for the growth on my leg, the one I treated with cannabis oil stayed flat and pale for the past seven years, while the one my doctor cut out in the office returned with a vengeance this past year. I had it frozen off in my dermatologist’s office, and am now using a mix of high antioxidant plants in a salve to treat it. Sadly, it seems to be growing back again quickly.

What this showed me was when they are cut out, they may return bigger and worse than they were initially, and that some kind of maintenance is needed on the spot to keep it from coming back.

After reading reports that most retail sunscreens contain carcinogenic compounds that seep into the skin with prolonged use, I stopped using them.

The sunscreen maker’s response wasn’t inspiring to continue either, as in its initial press conference after this information was leaked, revealed they said they were unaware if the lotion actually soaks into the bloodstream. Yet, the Federal Drug Agency (FDA) approved the lotion all these years ago without this knowledge.

For the past several years I’ve practiced aftercare to keep skin cancers at bay, making my own topical salves for use before and after sun exposure.

I’ve also continued to ingest cannabis oil, preventing cancer and illness from the inside out.

With all the success I’ve had in using cannabis and other plants for myriad ailments and disorders, the skin cancers have been the most frustrating to deal with. And while I honestly don’t feel I’ll ever be skin cancer-free, my hope is that I can continue to lessen the severity. So far, so good.

I add this strong oil to my body and face lotions, and I also apply it directly to cancer spots and skin tags. This same oil can be used in wound care (see Daily Dose on serious wound care).

Cover the ground plant material with the solvent, and let soak for up to five minutes*

Strain in a fine mesh or sheet and pout into a rice cooker, set it to warm, leave the lid open

It should take between three to four hours to cook down

They may be plant matter in brown chunks, do not use this. Tilt the rice cooker insert to pool the oil, and carefully uptake from the clear liquid.

You will have a thick, brown resin remaining. These are the essential oils of the plant, where the medicine is.

Just prior to the final reduction, add two tablespoons of coconut oil to the mix. This will keep it from burning (ruining the medicine). Adding coconut is also a good delivery into the blood stream.

I take a whiff of the mixture, as you can smell the alcohol if it hasn’t cooked off. With the coconut in there, it can sit a bit to make sure the alcohol has completely evaporated.

Using a measured pipette, using a capsule holder, fill caps with 1 milliliter of the mixture. If there is any alcohol (or water from weak solvent) in the mix, the capsule will melt. Test by filling one up and checking.

Keep in the refrigerator to solidify and keep fresh. This essential oil is precious, use it in a timely manner for freshness and efficacy.

This mixture can also be made into suppositories. The capsules will test in the 80 percentile or stronger for tetrahydrocannabinol, or THC, the psychoactive compound. Using suppositories causes no head high, bypassing the liver, going directly to the bloodstream for healing.

Adding one tablespoon of coconut butter will make a stronger suppository, as the coconut oil on its own melts quickly.

Sharon uses a silicone cake pan for the final reduction in the rice cooker, as the oil is sticky and there’s less oil wasted and remaining with the non-stick pan.

At one cup or less, transfer the liquid to a glass measuring cup with a pour spout.  Wipe down the rice cooker insert, insert the silicone pan, and carefully pour the liquid back into the pan and cooker. Continue reducing until alcohol is gone.