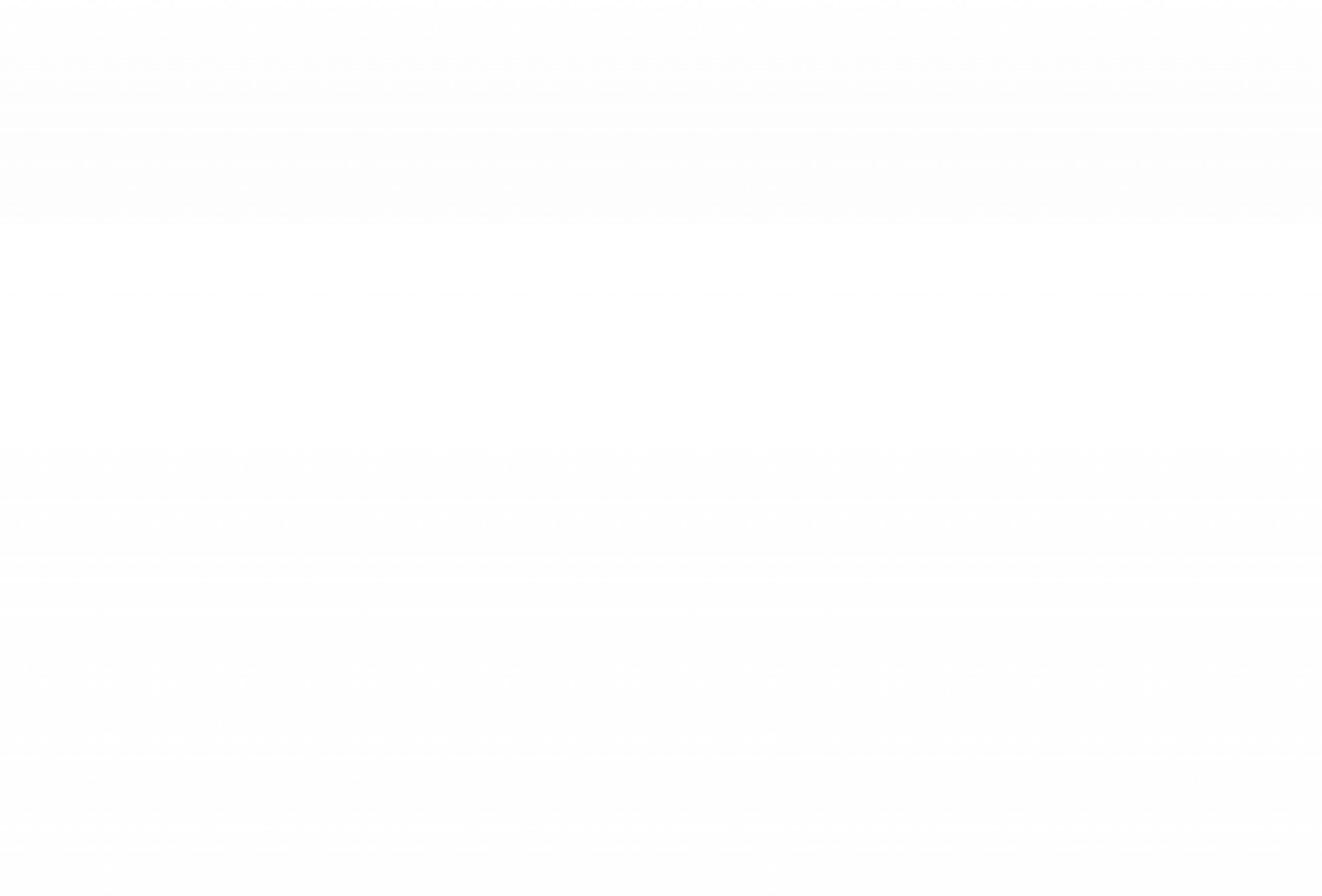 The 146 cannabinoids discovered to date, all of which are exclusive to the cannabis plant, have demonstrated a range of wellness attributes. These include reductions in systemic inflammation, decreased seizure activity in epilepsy patients, pain management, relief from depression and anxiety, and even prevention of the neurodegeneration that accompanies common diseases of aging such as Alzheimer’s and Parkinson’s.

Recently, the mainstream press has become enamored by a minor, and relatively rare, cannabinoid produced by hemp and cannabis officially dubbed delta-8 tetrahydrocannabinol (THC). Delta-8 THC is not the infamous molecule responsible for the sometimes significant psychoactivity, or “high,” of this herb when smoked or vaporized; that compound is delta-9 THC.

Delta-9 and delta-8 THC are chemical siblings that researchers and scientists dub isomers or analogs. This means that they are very similar in terms of their molecular structures and other characteristics. Their minor differences, however, result in variable binding affinities with the microscopic receptors that populate the human endocannabinoid system (ECS). This change in cellular binding produces different outcomes from each compound. In some cases, the various outcomes of cannabinoid analogs are not only “different,” but polar opposite in response. An example is delta-9 THC, which stimulates appetite, while it’s varin analog THCV curbs appetite.

Delta-9 has shown to be molecularly less stable than delta-8, meaning it transmogrifies, or degrades, into other molecules more easily. In commercial applications, products containing delta-8 THC feature the advantage of a longer shelf life than those formulated with delta-9. Delta-9’s relative instability means that it is prone to degradation, typically via oxidation or exposure to UV light, a process in which it converts to either cannabinol (CBN; a cannabinoid with an especially sedative effect) or delta-8 THC.

Despite their differences, delta-8 and delta-9 share many attributes. They both, for example, deliver psychoactivity. The discrepancy lies in their relative potency, with delta-9 THC being more psychoactive than the delta-8 variety. However, delta-8 and delta-9 also vary in the qualitative characteristics of their respective psychotropic outcomes. Patient and consumer testimonies indicate that delta-8 THC delivers a sativa-like effect featuring energy, focus, and creativity (helping consumers achieve what some label the flow state), but with a slightly lower psychoactivity level than delta-9.

In terms of its presence in an individual plant, delta-8 THC is relatively uncommon and, like other cannabinoids such as cannabigerol (CBG), typically occurs in volumes well under one percent. Rather than plant extraction, commercial production often employs the laboratory synthesis of delta-8 THC and use of cannabidiol (CBD) or delta-9 THC as the starting material.

Why are readers only now beginning to hear about delta-8 THC when Colorado and Washington State legalized adult use cannabis nearly a decade ago? Technically, this molecule became federally legal in the United States only as recently as December 2018 with the passage of the Farm Bill.

Based on both scientific research studies and anecdotal evidence in the form of consumer and doctor testimonies, delta-8 THC may turn out to be, from an economic and market activity perspective, of greater value than CBD.

Thought leaders who advocate this position point to the psychoactivity delivered by delta-8 THC. It typically provides a more mellow and relaxed psychotropic effect than delta-9 THC. Studies indicate that the potency of delta-8 is roughly two-thirds, or 60-70 percent, that of delta-9.

Some entrepreneurs are bullish on the market potential of this minor cannabinoid and are making significant investments into widely distributed products featuring the molecule. “I think delta-8 will dwarf the CBD market and can be bigger than any other cannabinoid in any other space,” said Nicholas Warrander, CEO of LiftedMade, in an interview with Rolling Stone Magazine in January 2021. 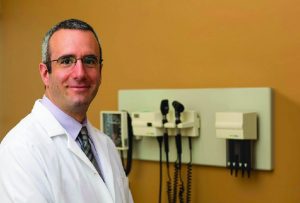 A Clinical Doctor Weighs In

Dr. Benjamin Caplan is a medical doctor and practicing clinician who serves as Chief Medical Officer for CED Clinic and the CED Foundation in Boston, Massachusetts. In his capacity at the CED Foundation, Caplan has curated a large collection of peer-reviewed scientific research and related literature regarding the medicinal efficacy of the chief wellness molecules produced by the cannabis plant, including cannabinoids and terpenes.

Caplan emphasized the novelty of delta-8 THC in both adult use and medical markets and how this molecule appeals to the patients in his particular clinical practice. “Among the patients nationwide who are savvy enough to know about delta-8 THC, most are thrilled to have a therapeutic compound that supplies a less euphoric experience than it’s delta-9 sister,” Caplan told me during an exclusive interview for this article.

“Other attributes of delta-8, including mild appetite stimulation, antioxidant effect, and relief from anxiety, pain, and nauseousness make it a fan favorite,” the pioneering doctor told me.

Caplan warned of the risk of oversimplifying the message of how delta-8 tends to not produce paranoia among users, cautioning doctors and marketing executives to avoid stating—or even suggesting—that paranoia and panic attacks are never experienced with delta-8 THC.

Like with any drug and as occurs with other cannabinoids and terpenes, sensitivities and negative reactions to delta-8 simply will occur in a small percentage of use cases. Those who suffer a negative response often are new users, where a lack of experience results in an overly potent dose—the pathway to anxiety and potential panic attacks. In medical cannabis patient populations such as those suffering social anxiety or Post-traumatic Stress Disorder (a combined patient population that exceeds 60 million in the U.S. alone), panic attacks are obviously the antithesis of a desired outcome.

“At especially strong doses, delta-8 can sometimes cause some feelings of paranoia, especially in new users,” said Caplan. Overall, however, the research-steeped physician emphasized the utility of delta-8 THC and how it may help some patients and consumers in ways that the delta-9 variant simply cannot.

“While the combination of delta-8 and delta-9 often yields a less euphoric experience, it can be a very pleasant alternative to blends of delta-9 THC and CBD,” said Caplan.

A range of research dating back roughly 50 years has documented the wellness benefits of delta-8 THC and its relationship to its popular sibling, the delta-9 analog. Discoveries to date include a significant safety profile and a lack of the negative side effects so common with many drug-based pharmaceutical therapies.

A 1973 study reported that the delta-8 isomer of the molecule conveyed roughly two-thirds of the potency of delta-9. “Delta‐8  (THC) has activity in man similar to that of its double‐bond isomer, delta‐9‐THC. Its relative potency to the other isomer, as judged following both oral and intravenous administration, is 2:3.”

A 1995 clinical trial study by Israeli cannabinoid research pioneer Raphael Mechoulam treated eight children who had “various hematologic cancers,”aged 3-13, with delta-8 THC. The study reported that the sometimes severe vomiting that results from chemotherapy and consumption of cytotoxic cancer-killing drugs “was completely prevented.” The study also examined the overall safety profile of delta-8 THC, noting that negative side effects “were negligible.”

The Mechoulam study also revealed that delta-8 THC binds to both CB1 and CB2 receptors in the ECS (many cannabinoids are exclusive in their binding behavior, attaching to or strongly favoring only one of the receptor types). Many studies indicate that psychoactivity results only when cannabinoids such as delta-9 THC, THCV, and delta-8 THC bind with CB1 receptors in the brain and central nervous system (CNS).

Because delta-8 also binds with the CB2 receptors that are most dense in the body’s periphery (outside the brain and CNS), it may play a significant role in the management of pain and perhaps immune function and be of interest to the huge population of chronic pain patients that is estimated to exceed 67 million (20% of the population) in the United States alone.

A 2020 study entitled “Oral Cannabidiol Does Not Convert to Δ8-THC or Δ9-THC in Humans: A Pharmacokinetic Study in Healthy Subjects” proved wrong the urban legend that CBD, when consumed by humans, might be converted to delta-8 or delta-9 THC and, thus, result in an undesired psychotropic effect.

The study’s authors concluded that their results “may have clinical and forensic implications considering the potentially toxic effects of Δ9-THC and other cannabis constituents, including cognitive impairment and…psychiatric disturbances.”