By: Curt Robbins The biochemistry of any plant species, cannabis or otherwise, is rife with complexity. A fundamental understanding of the mechanics of how the chemical compounds produced by cannabis and hemp affect the human body are necessary for lifestyle consumers, patients, and wellness professionals to confidently consume the herb to improve health and happiness.  […] 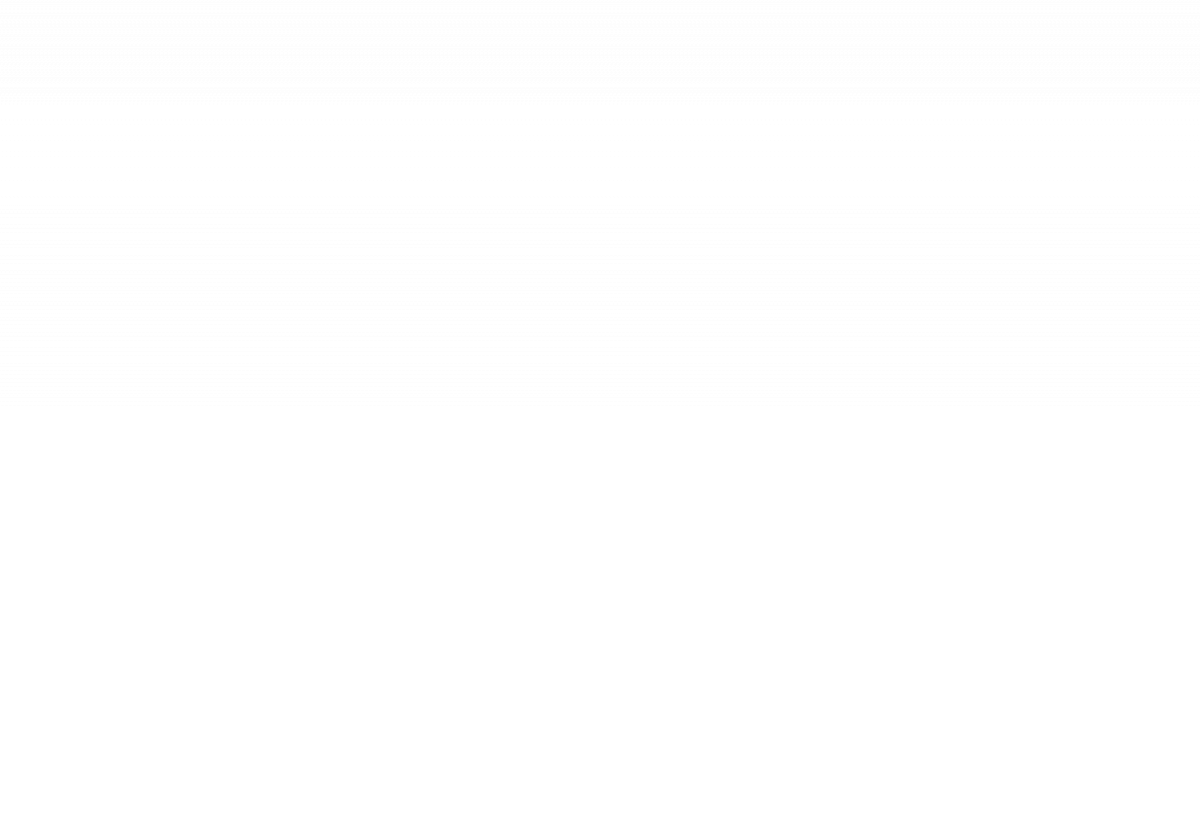 The biochemistry of any plant species, cannabis or otherwise, is rife with complexity. A fundamental understanding of the mechanics of how the chemical compounds produced by cannabis and hemp affect the human body are necessary for lifestyle consumers, patients, and wellness professionals to confidently consume the herb to improve health and happiness.

Three primary families of compounds are produced by cannabis: Cannabinoids, flavonoids, and terpenes. Cannabinoids are the most understood of these molecules and include the infamous tetrahydrocannabinol (THC) and trendy cannabidiol (CBD).

Flavonoids, the least understood of the three groups, exhibit as many health benefits as cannabinoids, including a demonstrated ability to fight systemic inflammation and cancer. Terpenes, the compounds responsible for the sometimes pungent aroma of cannabis, also display significant medical benefits, including anticancer, anti-inflammatory, antibacterial, and other efficacies.

Within the family of cannabinoids are several distinct subgroups called analogs. These include acidic precursors, neutral versions, and varins (among others). Most cannabinoids involve several different analogs. A good example is CBD. This cannabinoid manifests as an acidic precursor (CBDA), the common neutral version (CBD), and a varin version (CBDV). In total, seven analogs of CBD exist. Analogs often feature common efficacies, but in some cases are very different from one another.

Varin molecules, technically called varinolic cannabinoids, are only beginning to be included in commercial hemp and cannabis product formulations. Among the most popular varin cannabinoids are CBCV, CBDV, CBGV, and THCV.

The molecular structure of these phytomolecules is important because it changes their binding affinity. Binding affinity determines potency and other characteristics of these molecules when they “dock” with microscopic cellular receptors within the endocannabinoid system (including CB1, CB2, GPR17, GPR55, and others).

Of note is the fact that no varin is a scheduled substance by the U.S. federal government. This means that companies considering product formulations involving varin cannabinoids can infuse them into their products without fear of legal repercussions.

Like most cannabinoids, CBDV offers a range of benefits involving different mechanisms. The most significant efficacy of CBDV is its ability to suppress seizure activity. This quality makes it of special interest to 50 million epilepsy patients worldwide—including their caretakers.

This non-psychoactive cannabinoid is found primarily in what are commonly labeled “indica” cultivars of cannabis. Varieties of the plant that are rich in CBD typically also produce relatively large volumes of CBDV.

A 2019 study entitled “Effects of Cannabidivarin (CBDV) on Brain Excitation and Inhibition Systems in Adults With and Without Autism Spectrum Disorder (ASD)” that was published in the journal Translational Psychiatry found that “a single acute dose of CBDV ‘shifts’ subcortical levels of Glx, the brain’s primary excitatory neurotransmitter, in the living adult human brain.”

The researchers reported that their study “suggests that CBDV targets subcortical excitatory glutamate systems both in autistic and neurotypical adults,” but noted that “individual responses in autistic brains vary.” The study “observed a biological response to CBDV in adult men with and without ASD,” but found that CBD alone did not always result in improvement among patients with autism.

A 2018 study entitled “Chronic Treatment with Cannabidivarin (CBDV) Rescues Behavioural Alterations and Brain Atrophy in Rett Syndrome” published in the journal Neuropharmacology explored the ability of CBDV to treat this rare neurological disorder that strikes mostly female children. Rett Syndrome typically leads to severe neurological and behavioral impairments, including the inability to speak, walk, and eat. Unfortunately, it features no cure.

The research, performed on mice subjects, reported that CBDV acts as an antagonist to the GPR55 receptor in the endocannabinoid system. As a result of this characteristic of its binding affinity, the researchers concluded that “systemic treatment with CBDV rescues behavioural and brain alterations in male mice.”

CBGV, like CBDV, produces no psychoactivity in humans. This cannabinoid displays a range of effects, including the possible ability to enhance the binding affinity of THC molecules with CB1 receptors in the endocannabinoid system. In similar fashion, CBGV may also boost the bioavailability and potency of CBD.

Two major benefits of CBGV are analgesia (decreased pain) and reduced systemic inflammation. This anti-inflammation property, common to dozens of cannabinoids, terpenes, and flavonoids, is of value in the treatment of literally hundreds of diseases, including arthritis, cancer, Crohn’s disease, and fibromyalgia. CBGV has also demonstrated benefits for skin diseases, particularly those involving excessive dryness.

A 2016 study entitled “Effectiveness of Non-psychotropic Phytocannabinoids on Dry Skin and Acne Treatment” that was published in the journal Experimental Dermatology explored the ability of CBGV and a range of other cannabinoids, including CBDV and THCV, to treat diseases involving dry skin.

“Our data suggest that CBG and CBGV may have potential in the treatment of dry-skin syndrome,” reported the researchers. The study concluded, “Based on their remarkable anti-inflammatory actions, phytocannabinoids could be efficient, yet safe novel tools, in the management of cutaneous inflammations.”

The study revealed considerable anticancer efficacy in this collection of phytocannabinoids. It reported that “These agents are able to interfere with the development of cancerous cells, stopping them in their tracks and preventing them from growing.”

A 2011 study entitled “Effects of Cannabinoids and Cannabinoid-enriched Cannabis Extracts on Endocannabinoid Metabolic Enzymes” that was published in the British Journal of Pharmacology explored the effects delivered by 11 different cannabinoids, including CBGV. The study found common benefits among the molecules, including analgesic, anti-inflammatory, and anticancer mechanisms.

While THC is infamous for causing an increase in appetite, THCV does the opposite. This is a good example of how slight modifications in the molecular structure of these compounds can dramatically impact efficacy outcomes. THCV is found most commonly in what are called “sativa” varieties of the plant.

Like THC (and unlike CBD), THCV delivers psychoactivity, but in a different manner than THC. There is evidence, including anecdotal observations, that a more potent dose of THCV is required to achieve a perceptible psychoactive effect than for THC. However, when stronger doses are achieved, the effect of THCV is often more pronounced than for THC.

In addition, therapeutic value has been noted for patients who suffer extreme anxiety and panic attacks. This varin compound may be of value to the millions of people with Post-traumatic Stress Disorder or social anxiety. Benefit has also been found for those suffering Type 2 diabetes.

A 2016 study entitled “Efficacy and Safety of Cannabidiol and Tetrahydrocannabivarin on Patients with Type 2 Diabetes” that was published in the journal Diabetes Care investigated the ability of THCV and CBD to treat this variety of diabetes. “Compared with placebo, THCV significantly decreased fasting plasma glucose,” reported the study’s authors. They also reported the favorable safety profile for this cannabinoid, stating that “CBD and THCV were well tolerated.”

A 2011 study entitled “Symptom‐relieving and Neuroprotective Effects of the Phytocannabinoid Δ9‐THCV in Parkinson’s Disease” that was published in the British Journal of Pharmacology explored the ability of THCV to treat diseases involving neurodegeneration and deterioration of cognitive function. Wrote the scientists, “The aim of the present study was to demonstrate that Δ9‐THCV can alleviate the symptoms associated with PD [Parkinson’s disease] by blocking CB1 receptors at low doses.”

The study concluded, “Given its antioxidant properties and its ability to activate CB2, but to block CB1 receptors, Δ9‐THCV has a promising pharmacological profile for delaying disease progression in PD and also for ameliorating parkinsonian symptoms.”

Although the legal cannabis markets in North America are only beginning to employ varin molecules in products, watch for members of the varin family of phytocannabinoids to become more common on the shelves of retail dispensaries.