By Alixandra Laub   To date, the oldest known fossil is that of a billion-year-old fungus called Tortotubus. The easy to overlook specimen suggests that this fungus may be the earliest land-dwelling organism on earth. Along with that, all modern fungi species can be traced back to a single organism. During the time of Tortotubus, […] 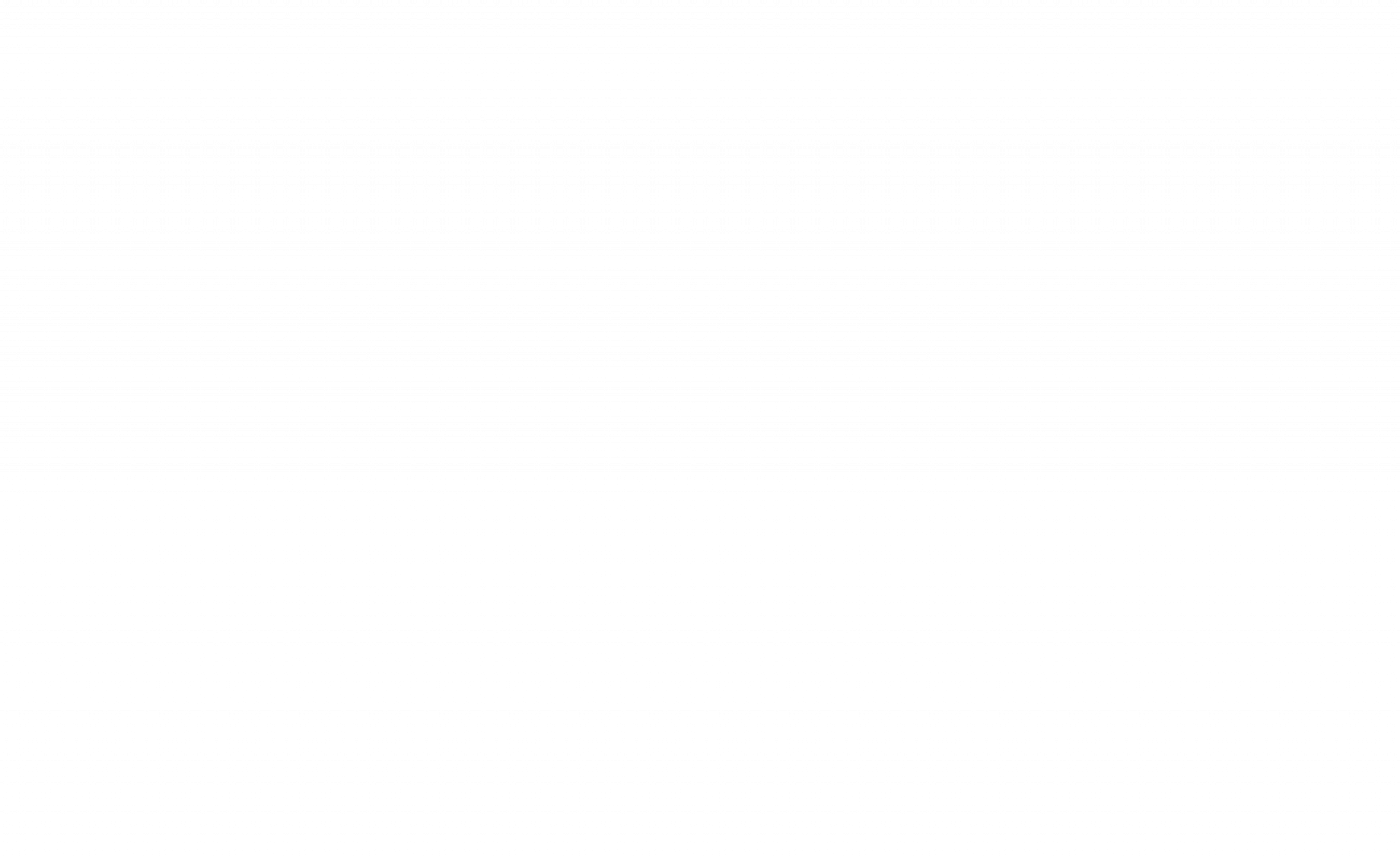 To date, the oldest known fossil is that of a billion-year-old fungus called Tortotubus. The easy to overlook specimen suggests that this fungus may be the earliest land-dwelling organism on earth. Along with that, all modern fungi species can be traced back to a single organism. During the time of Tortotubus, only the oceans were full of life whereas the land was completely barren. So Tortotubus most likely paved the way for more complex rooting plants which eventually led to our much more diverse ecosystem. On behalf of all living beings, thank you fungi for making life possible! A fungus is neither a plant nor an animal, yet they are thought to be more closely related to us than plants are. Scientists have estimated that we share about 50% of our DNA with fungi. An important distinction though is that not all fungi are mushrooms- true mushrooms must have a fruiting body and must be large enough to be seen with a naked eye.

Mushrooms are considered to be functional foods due to their potent nutritional value. In general, they contain more protein than other vegetables, but not quite as much protein as animal sources. However, humans have the ability to absorb 90% of iron from mushrooms whereas only 15-30% of animal heme iron is absorbable. They also contain all the essential amino acids, including high levels of folic acid which is essential for women and must be supplied by the diet. Mushrooms are also the only non-animal food source of vitamin D, and one study suggested that 40% of Americans are D deficient. Mushrooms contain enough Vitamin D to supply vegans with adequate amounts throughout the winter.

Mushrooms have been medicinally prominent for thousands of years, yet like cannabis, they have only started to gain recognition in the U.S. over the last decade or so.  Internationally, many species have been thoroughly investigated in the scientific literature for their diverse, dynamic, and symbiotic benefit to life. For humans, mushrooms are an important food source, but they can also be incredible powerhouses when used medicinally. In alternative medicine, certain mushrooms are categorized as adaptogens, which help the body deal with physical and mental/emotional stress as well as tuning the immune system. Adaptogens have an affinity with the brain and can be useful for cognitive conditions like anxiety, depression, memory complaints, and cognitive decline.

Each species contains unique polysaccharides, which are the main compounds associated with therapeutic effects. Polysaccharides are inherently antioxidative, meaning they have a strong ability to reduce and remove oxidative damage within the body. Based on many years of clinical research, mycologists have determined that specific mushrooms have neuroprotective, antitumor, antiallergenic, hypoglycemic, hepatoprotective, anti-inflammatory, antioxidative, and antimicrobial properties. Even some of the world’s most potent and widely used antibiotics, like penicillin, came from a fungus. This is not entirely surprising since functionally, mushrooms clean up the earth by breaking down forest materials and replenishing the soil.

Shiitake (Lentinus edodes) is the second most popular mushroom but contains more than double the protein of ordinary mushrooms and is rich in phosphorus, iron, vitamins B, D, and C.

Oyster mushrooms (Pleurotus ostreatus) are very commonly consumed, taking up about 25% of the mushroom market.  They are often found along the coasts of the U.S. on dead wood, although China produces 87% of the rather eco-friendly oyster mushroom market. With around 30 species of Pleurotus mushrooms, their color can vary from white, cream, gray, yellow, pink, or light brown with about 40 species. King trumpets (Pleurotus eryngii) are the less common hybridization of the genus but are growing in medicinal recognition. As a functional food due to the dense protein, fiber, vitamin, and nutrient content they are considered as an alternative to meat, fish, and vegetables. Beyond our own benefit, oyster mushrooms are strong enough to degrade diesel fuel within the soil, studies are underway to determine if this mushroom could benefit areas affected by oil spills.

Chaga mushrooms (Inonotus obliquus) prefer prime real estate attached directly on birch tree trunks predominantly on the East Coast, but they can also be found on trees in Canada and Alaska. They appear black due to high levels of melanin, however, the interior is pumpkin orange. Gaining momentum in the athletic world, Chaga mushrooms have been shown to reduce fatigue and improve endurance during physical activity in animal trials. Preliminary studies indicated that Chaga may have an antiviral effect, but more research is needed. However, Chaga has been heavily researched both in vivo and in vitro for its apparent antitumor and immunomodulatory effects.

Maitake mushrooms (Grifola frondosa) are another tree-hugging species that produce high levels of beta-glucan, which is an immunostimulant that produces the healthy cells that are known to kill cancer cells. In the United States, Maitakes survive mostly in the temperate regions of the East Coast.

Scientists suggest that Reishi mushrooms (Ganoderma spp.) have been used for longevity in Asia for longer than we have been counting years. However, you don’t have to travel across the world to find them, they even grow in the wild attached to dyeing logs and trees in the coastal forests of the United States. This is not really a cooking mushroom, although teas and water-based concoctions are ideal to extract the high levels of beta-glucan. In alternative medicine, reishi is used for enhancing the immune system, improving memory complaints, reducing inflammation, stress, and fatigue.

The polysaccharides in Cordyceps mushrooms (Cordyceps sinensis) have been shown to reduce blood glucose levels, regulate metabolism, provide energy by means of amino acids, and balance intestinal microbes.  Since cordyceps are also suggested to have an affinity with the bones, improving bone metabolism and strength.

Lions Mane (Hericium erinaceus) is a neuroprotective antioxidant mushroom that has an affinity with the nervous system. Lion’s mane is commonly used in traditional Chinese medicine for its anti-cancer and anti-inflammatory properties. Research on this mushroom is still in its infancy, however, results from both animal and human trials are showing improved cognitive abilities.

The psychedelic mushroom deserves an article of its own, but it is worth a mention. In October 2018, the Food and Drug Administration grated psilocybin “breakthrough therapy” status for research. By November 2020, Oregon became the first state to decriminalize psilocybin and also legalize it for therapeutic use, although Denver, CO, Oakland, CA, and Santa Cruz, CA have also decriminalized psychedelic mushrooms. Like Cannabis, the research has begun to take root, which may lead to even more instances of decriminalization.

As an herbalist, I would suggest leveling up from vitamins and minerals to integrate enzymes, herbs, and legal mushrooms as well. They are so versatile, easy to cook with, and are (mostly) palatable to consume. As mentioned, the U.S. is finally recognizing the benefits of mushrooms, so products and concoctions containing mushroom blends are on the rise. Adding medicinal mushrooms into your ritual CBD or cannabis routine is an easy way to add benefit. My personal favorite way to consume these medicinal morsels is to mix up a powdered mushroom latte with a dose of CBD oil, a dash of chocolate or cinnamon, and a splash of milk or alternative.