When I first entered the Cannabis scene, the selection of strains available in the U.S. was sparse. Cannabis grown in the continental U.S. was primarily a field grown, low THC variety; Homegrown. The best bud of the era came from the lush forests on the island of Maui, Hawaii; Maui Wowie. It was bright green […] 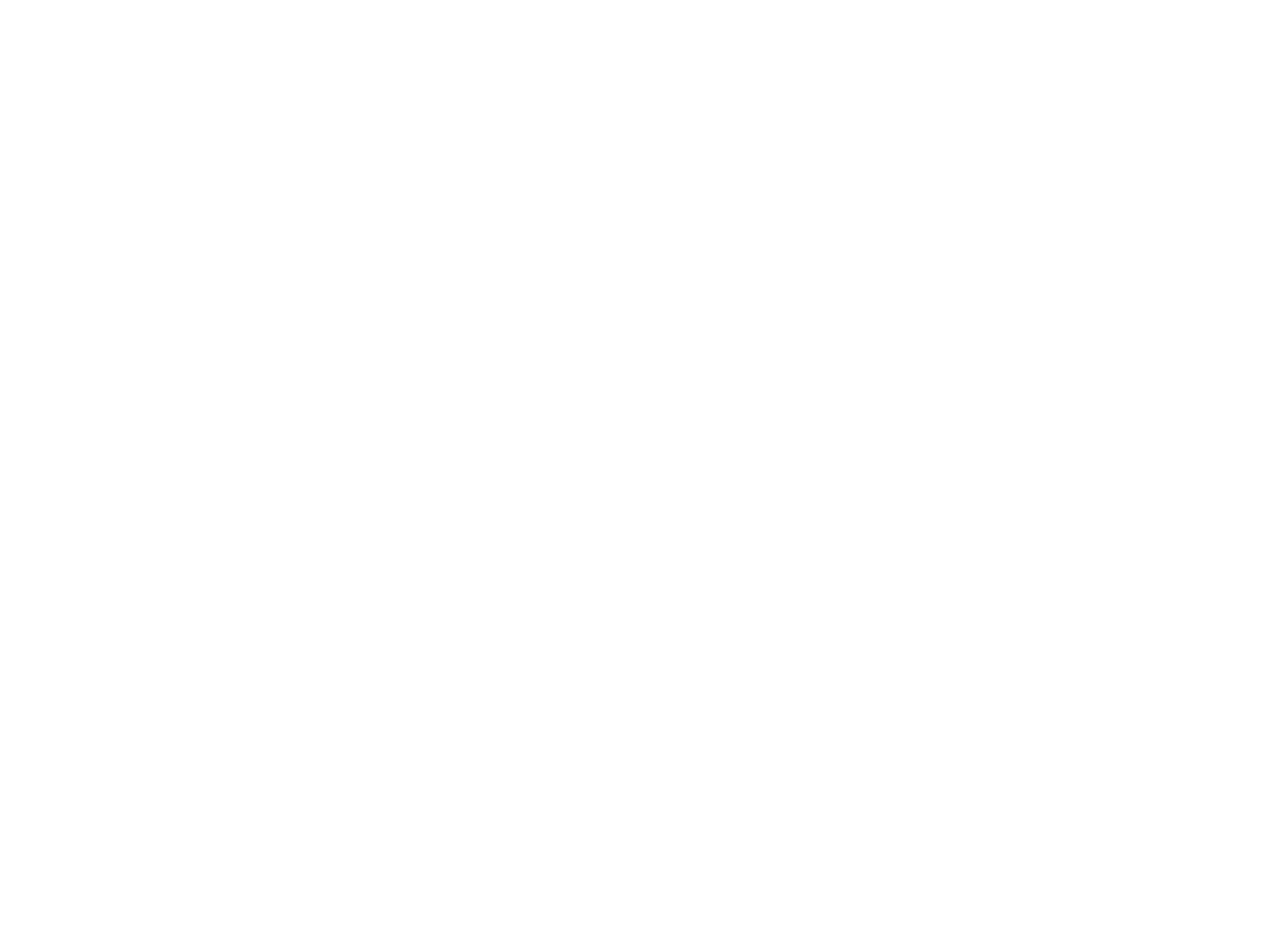 When I first entered the Cannabis scene, the selection of strains available in the U.S. was sparse. Cannabis grown in the continental U.S. was primarily a field grown, low THC variety; Homegrown. The best bud of the era came from the lush forests on the island of Maui, Hawaii; Maui Wowie. It was bright green covered with red hairs. Its pungent aroma could fill a room, while it oozed with resin and stuck to your fingers.

The majority of strains came from south of the border. Columbian Brown was in abundance, complete with stems and seeds. Mexico provided us with Acapulco Gold, a welcome alternative to the Columbian. Mexico’s other market entry was Sinsemilla, a seedless female plant that was grown outdoors. Because it had green buds covered with red hairs, it was sometimes passed off as Hawaiian to uneducated consumers. Although Sinsemilla was the best flower harvested in Mexico at that time, it did not have the punch of Hawaiian.

For decades, field grown cannabis was either bailed like hay and wrapped in saran wrap or jammed into trash compactors (i.e., Brick Weed) and pressed into bricks to ease its transport to the affluent gringos. The U.S. government decided to attempt to eradicate field grown cannabis and so the War on Drugs lashed out.

Our federal government began spraying poisonous herbicides on outdoor fields of cannabis. Paraquat was used to eradicate marijuana plants grown on private land, while two other herbicides, 2,4D and glyphosate were used to kill plants grown on public land. After the toxic plants dried, they were distributed to unsuspecting buyers throughout the U.S. In the 1980’s there were no cannabis testing laboratories. Therefore, the consumer had no way to know if their flower was safe to smoke. The paraquat-sprayed cannabis produced severe lung damage to the folks who smoked it.

Due to health and safety concerns, cultivators began focusing on growing indoor cannabis within the continental U.S. As Americans began to experiment with cannabis botany and genetic research, the number of strains available and the quality increased exponentiality

Today, the selection of strains available can be overwhelming. Many patients select their strains based on THC%. Although THC% is an important factor in strain selection. It is only one of many factors that should be considered. Most importantly, when using THC% as a deciding factor, it’s imperative to compare apples to apples. Don’t compare d8THC or THCV. You should compare Total THC% of one strain to Total THC% of another strain.

Cannabis testing laboratories provide the Total THC concentration of the samples that they test on their COA (Certificate of Analysis). However, the Total THC% of a strain is not generated from a single test. Alternatively, two different tests are performed and their result values are input to a mathematical formula, from which Total THC% is derived. The formula used to calculate Total THC % is THCA x .877 + d9-THC.

Tetrahydrocannabinolic acid or THCA is a cannabinoid, that when consumed provides several benefits. It has neuroprotective qualities, is strongly anti-inflammatory, encourages appetite, is anti-tumor, combats insomnia, and is antispasmodic. It is the most abundant cannabinoid in the vast majority of cannabis grown in the U.S. However, THCA is not psychoactive, and must be converted into THC through the process of decarboxylation before it can get you high. Decarboxylation is necessary for us to enjoy the psychoactive effects of the cannabinoids we consume. The two main catalysts for decarboxylation to occur are heat and time.

THC is the main ingredient in cannabis that gets us high, but it should not be your sole criteria when selecting a strain and here’s why. At the end of my work day, I usually enjoy an alcoholic beverage to help adjust my attitude and pre-game for the social events of my evening. Yesterday, I ordered an 18-year-old Macallan single malt scotch. If my goal was to get drunk as quickly and inexpensively as possible, I would have chosen Everclear grain alcohol, since Everclear’s alcohol percentage is much higher than Macallan. However, rather than the complex enjoyable flavor and aroma produced by the rich terpene profile of scotch that was carefully aged in a sherry seasoned oak cask, I’d be hit with the burn and lack of flavor and aroma of the grain alcohol.

The same holds true for cannabis flower. I prefer a smoking experience to be enjoyable. Some of the terpenes available in cannabis are the same compounds that give my favorite plant its scent and give my favorite fruit its flavor. In addition to flavor and scent, terpenes do much more. The terpene B-Myrcene opens the brain receptor and allows THC, other cannabinoids and terpenes to cross the blood-brain barrier. Therefore, a strain with a lower THC concentration but a high B-Myrcene concentration can actually produce a more intense pleasure experience that a high THC strain with little or no B-Myrcene. Additionally, terpenes can elevate your mood, alleviate the symptoms of a disease or assist in curing a disease. Multiple terpenes together can produce synergistic effects that each of the terpenes are unable to achieve on their own.

Terpenes are present in countless plants. However, cannabis plants produce about 100 organic compounds, called cannabinoids, that can effectively treat disease. One of the main reasons that cannabis is such an effective medication is because of the endocannabinoid (EC) system, which is present in all humans and many animals. This system consists of a series of receptors that are configured only to accept cannabinoids, especially THC and CBD. Cannabinoids fit perfectly into specialized receptors found throughout the brain, nervous system, and immune system of the human body.

The two main conditions that I treat with medical marijuana are insomnia and back pain. My preferred strains for this treatment are the OGs. These strains are descendants of the infamous OG Kush, considered to be one of the best strains that originated from Cali. It came on the scene while Jerry was still touring with the Dead. OG Kush was one of the most sought after strains in the U.S. and was readily available on Shakedown Street. Although historians can’t agree on what OG stands for, each of the OG strains available today have OG Kush somewhere in its lineage. I keep a few different OGs in my medicine cabinet because I believe that it allows me to lessen my tolerance and help make my medicine more effective by alternating the strain that I use.

When I first sought treatment for my insomnia, I consulted my family physician who prescribed pills as treatment. The pills did not help me sleep but did leave me groggy the following morning. The best natural remedies for my insomnia are OGs. I currently rotate using 4 strains that each provide more complete relief than I ever received from pharmaceutical medication and best of all there are no nasty side effects or chance of addiction.

Each of these strains are effective in relieving several types of pain including migraines. They also, all contain Cannabigerol or CBG, a non-psychoactive cannabinoid. CBG combats insomnia and is also an antibacterial, anti-tumor compound that has been shown to stimulate bone growth. The most amazing and extremely rare quality of CBG is that it is a genuinely neurogenic compound that has been shown to stimulate the growth of new brain cells!
In my youth, I was bombarded by propaganda, from the War on Drugs initiatives attempting to brainwash me into believing that smoking cannabis would give me brain damage. The truth of the matter is that certain cannabis strains can stimulate brain cell growth to treat brain damage and can prevent further damage through its neuroprotective qualities.

All four of my OG selections are rich in several terpenes, which produce their intense flavor, aroma and medicinal properties. The 5 terpenes present in the highest concentrations are:

With a little research, I found a single medication that effectively treated both of my health conditions. It has no harmful side effects, it’s all natural and it taste good too!

Nick Hat, MBA is Chief Operating Officer of Greenway Medical, LLC. He has over 30 years of internationally recognized expertise as an engineer, researcher and consultant within the healthcare sector. Email him at Nick@GreenwayMedic.com.  www.greenwaymedic.com