By Sharon Letts   Cannabis patient, farmer and advocate shares his story. At 31 years of age, John Prinz became disabled after a work-related injury at a paper mill in California in 1992. He’s suffered with, what he refers to as, “intractable pain,” for more than 29 years.  From 1993 to 1996, he went through […] 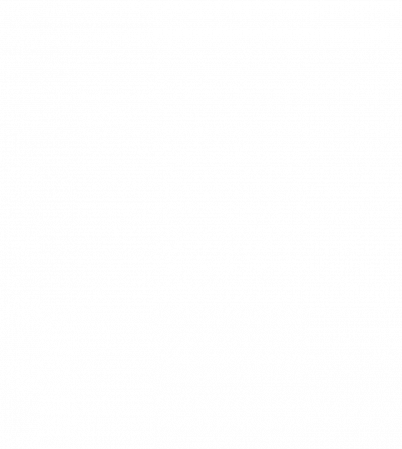 At 31 years of age, John Prinz became disabled after a work-related injury at a paper mill in California in 1992. He’s suffered with, what he refers to as, “intractable pain,” for more than 29 years.

From 1993 to 1996, he went through five spinal surgeries with discs removed and hardware inserted. He’s gone through multiple epidurals, enduring many years of pain. Prescribed opiates for the first 12 years, he became addicted, with many negative side effects, including damage to his teeth.

He credits Dr. Lester Grinspoon’s book, penned with James Bakalar, the 1993,  Marijuana: The Forbidden Medicine (1993) in saving his life.

Dr. Grinspoon (June 24, 1928-June 25, 2020) was an American psychiatrist and longstanding associate professor of psychiatry at Harvard Medical School, best known for his groundbreaking work in the science of and social policy of cannabis, psychedelics and other drugs, with a focus on harm reduction.

But, Grinspoon’s legacy didn’t begin by supporting the plant. In fact, in 1967 he set out to show how damaging cannabis was, but after finding efficacy as medicine, he changed his tune, becoming one of the most outspoken physicians for cannabis in the country.

“Dr. Grinspoon’s book taught me that cannabis was used in 1914 to replace the opiate of the day, heroin,” he shared. “And here we are again, with more people suffering from opiate abuse and addiction. I’ve learned how to use cannabis in a very strong form to replace all my prescription opiates. My own doctor admitted that the cannabis medicine I use works far better than the pharmaceuticals prescribed.”

Prinz’s doctor, Michael Moskowitz, MD, backed up Prinz’s treatment, “There are excellent studies from UC Davis and UC San Francisco that are randomized, double blind placebo controlled trials on the usefulness of cannabinoids for pain. There is excellent basic science research that shows cannabinoids to have over 60n different alkaloids which work centrally and peripherally to block pain and to decrease inflammation.”

Dr. Moskowitz went on to state that even though he discussed with Prinz the fact that cannabis is still listed on the US Health Department’s Schedule 1, with no medicinal value acknowledged, both could not deny the efficacy of the plant in treating Prinz’s longtime chronic pain.

“The patient has continued to use medical cannabis to maintain pain control,” Moskowitz continued. “He used it to come off of 770 milligrams of Oxycodone, daily, and remains focused upon this as a strategy for pain control, and for good reason. He has done so well with medical cannabis, this is understandable.”

Prinz continues to medicate with the plant, making his own strong cannabis oil using olive oil as a base, allowing him to add the medicine to his food daily.

Prinz became a member of the infamous Cannabis Buyers Club on Church Street in San Francisco in 1997.

The club had taken over an existing cannabis collective run by Thomas O’Malley, after his passing in 1992. The buyers club was run with the help of Mary Jane Rathrun, also known as, Brownie Mary – known for the cannabis infused brownies she home delivered to HIV/AIDS patients – the demographic that started the compassionate care program further defined by the club.

Brownie Mary, along with Entwistle and Peron, and others were also co-authors of Prop 215, making California the first state in the country to allow cannabis as medicine.

Prinz grows his own medicine, and  is convinced the high levels of both tretrahydrocannbindol (THC) and non-psychoactive THCA, the actual compound within the cannabis plant (THC is only activated by heat), are the main compounds helping to successfully reduce his pain for the past 18 years.

“I’ve found that drinking the cannabis infused olive oil, testing with 300 miligrams of both THCA and THC per one tablespoon, works best for my pain,” he explained. “I take two tablespoons, three times a day. Each tablespoon has 195 miligrams of THCA, and 130 milligrams of THC. I know that works for me, and so do my doctors – who have witnessed me in what seems like a lifetime of pain. This plant works for me.”

Prinz has also added Delta-9 to his regimen, the main psychoactive ingredient in cannabis, otherwise known as THC.

Stating that the anti-spasmodic, analgesic properties are key in increasing a general overall sense of well-being with mild euphoria.

Delta-9 has also been shown to treat nausea and vomiting, with antioxidant, anti-inflammatory, and neuroprotective properties. It’s also a sleep enhancer, reduces stress and anxiety, and helps deal with disorders on the spectrum. It also works with bodily pain receptors in minimizing pain.

While many of the compounds of cannabis extracted from the plant work well, you really can’t replace the whole plant compounds, numbering in the hundreds, working together in ways we still don’t fully understand.

That said, in states that still outlaw THC, where only cannabidiol or CBD only is allowed, Delta-9 has been instrumental in dealing with more maladies than CBD is able to on its own.

Prinz sees cannabis as a first remedy for the future of pain medication, not a last resort, as many end up doing out of desperation.

“The thing is, I estimate I’ve saved my health care insurer more than $70,000 annually by replacing prescription drug use with cannabis,” he said. “It’s frustrating when you see so much savings, with so much help for my pain, yet the health care provider’s hands are tied by the federal government and its lack of acceptance of cannabis as medicine.”

As more people are helped and educated, he sees more doctors prescribing cannabis for pain over opiates.

“I see Americans using this medicine for pain in every state, with every kind of patient, from every demographic, using it freely,” he concluded. “I have great hope for the future of cannabis medicine. It was a life changer for me, and I know it can help many. I’ve lobbied, spoken out, have been arrested and detained, and I’m not going anywhere. This is my truth, because it works – there’s no denying it.”