By: Sarah Jane Woodall Halfway between Las Vegas and Reno, after 3 hours of nothing but the occasional Joshua tree dotting the endless sagebrush barrens, it looms large on the skyline of the historic mining town of Tonopah: a 30-foot plywood clown hot-glued to the side of one of the many budget motels lining US […] 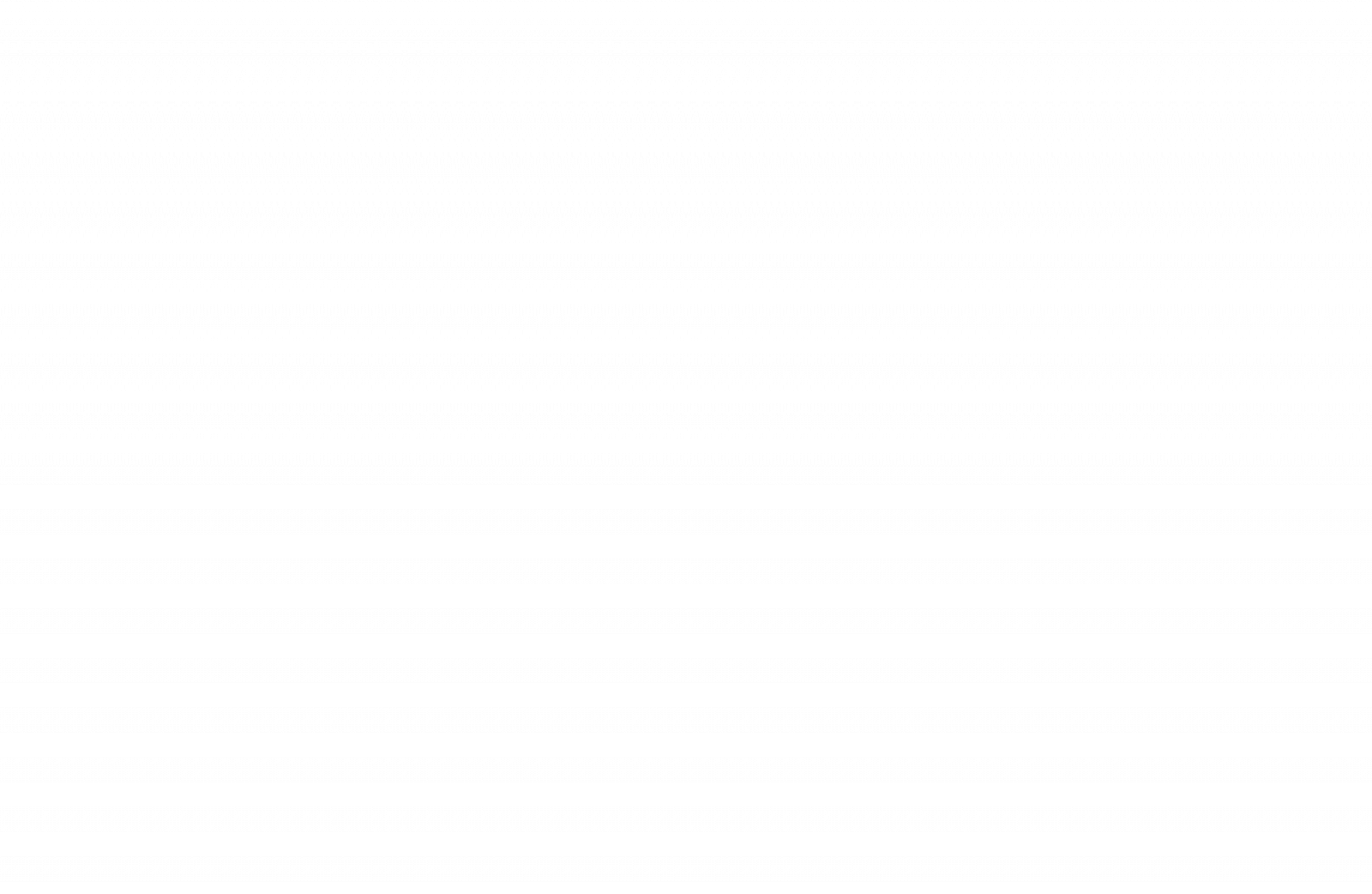 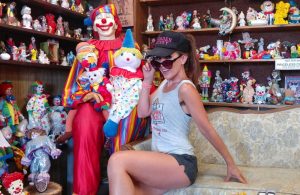 Halfway between Las Vegas and Reno, after 3 hours of nothing but the occasional Joshua tree dotting the endless sagebrush barrens, it looms large on the skyline of the historic mining town of Tonopah: a 30-foot plywood clown hot-glued to the side of one of the many budget motels lining US 95 as it passes through town. A sign announces its pedigree- not just the Clown Motel; it’s the World Famous Clown Motel.

The rest of the accommodations in Tonopah are no frills and no nonsense: Economy Inn, Comfort Inn, National 9, Best Western…nothing to see here that you wouldn’t find in Bellingham or Buffalo, except maybe the historic, restored Mizpah — and who among us can afford to stay there?

But the Clown Motel outshines the clutter of dingy competitors like an exotic orchid rising from a patch of crabgrass. Rare is the tourist who can hurtle past without at least tapping the brakes in disbelief; it’s just so weird!!

If you are so bold as to hang a left and check it out, you’re confronted with an unpretentious L-shaped clapboard two-story slouching in the desert sun, an indifferent bystander to the tragicomedy of the modern age. The aforementioned 30-foot plywood clown guards the parking lot, and a neon sign advertises BIKERS WELCOME!

The lobby is wood paneled and shag carpeted, just like your grandma’s house back around 1979- assuming your grandma lived in a double wide, kept her TV constantly running in the background at low volume, and had hundreds of clown figurines lining the walls on custom built wooden shelves.

I’m not kidding, there are literally hundreds of clown figurines arranged on shelves all over the lobby ranging in size from a terrifying 6-foot clown mannequin who greets you upon entrance, to cutesy little porcelain clown figurines no more than a few inches tall. There are sad clowns, happy clowns, fat clowns and skinny clowns, cute clowns and scary clowns, old clowns, young clowns. Christmas clowns, Mardi Gras clowns…mass-produced and hand-crafted clowns. People send them in from all over the world. In fact, people leave entire clown collections to the motel in their estates, and the management finds a place for each one.

I first stayed at the clown motel on one of my first forays into central Nevada back in 2015, before the current management took over, when it was (believe it or not) even more creepy and decrepit. The carpet, drapes and popcorn ceiling were thoroughly soaked in decades’ worth of cigarette smoke, and the ginormous Atomic Age hunk of glass and chrome on the dresser turned out to be what must have been one of the earliest prototypes of the microwave oven introduced to American kitchens.

But despite the lack of amenities, dingy aesthetic and supremely creepy old pioneer cemetery festering next door…between the many mining operations in the area and the lack of other temporary housing available, the Clown Motel was booked solid – that night, and every night! I was lucky to get a room at all, so I could hardly complain about burn holes in the bedspread or the Buick-sized microwave.

The sheets were clean, the water was hot, and the price was the lowest in town. What’s a few creepy clowns between friends?

Speaking of clowns, me being me, my only complaint was the surprising and frankly disappointing lack of clown-themed decor. Other than a colorful numbered clown on the door and one lonely tasteful velvet painting on the bedroom wall, there was nothing to indicate this was a clown themed motel at all.

Thankfully, this was all to change.

My frugality and fondness for all things creepy led me to stay at the Clown Motel many times over the years — on my way to and from Burning Man, and on other random road trips. And it was always the same, until one fateful day in summer 2019, when I rolled up and found the exterior being painted with a fresh coat of some delightfully garish Pantone reject. The sound of a table saw buzzed off in the distance, and the smell of fresh carpet filled the air like a toxic bouquet. Say it ain’t so – someone finally bought the Clown Motel?!

Over the preceding couple of years my Facebook wall had been subjected to many posts from friends and followers, alerting me to the news that the Clown Motel was for sale. Of course everyone was hoping the right kind of buyer would come along – someone who wouldn’t just de-clown it and turn it into another bland, boring budget motel. But it takes a very specific kind of person to buy and operate a motel in the middle of Nevada, so expectations weren’t very high.

Thankfully, however, despite the low odds such a person did exist!

I found all this out by walking into the lobby that summer day in 2019 to see what was going on, and being greeted by a cheerful, energetic Indian guy who was more than happy to fill me in. His name was Hame Anand, he was the proud new manager of the Clown Motel…and his story was incredible!

A former ad agency creative director in his native India, Hame had immigrated to the U.S. to help his parents run a couple of motels in Vegas. Business was booming, but boring. Hame longed for a creative outlet! So a close friend offered to bankroll a new property- one that Hame could run as he saw fit. The only stipulation was that the purchase price be under $1 million.

Well, anyone who knows anything about the hospitality industry knows that $1 million won’t buy diddly-squat in the Vegas motel market, so initially Hame despaired…until one night, he happened to be watching TV and saw a news story about the World Famous Clown Motel being for sale. It was the proverbial jackpot! Not only had Hame long harbored a fondness for clowns, but the asking price was just under one million dollars!

At first, his parents thought he was nuts – a clown-covered motel in the middle of nowhere, Nevada?!  But when he convinced them to drive up with him and check it out, the savvy businesspeople immediately recognized the potential. Not only was it right on the main highway between Vegas and Reno, it had already acquired plenty of social media buzz and a sort of cult mystique. It was just waiting for someone to come along and turn the clown shtick up to 11 – and Hame was just the guy to do it!

At first, Hame commissioned a local artist to do dozens of celebrity clown paintings – there was Albert Einstein as a clown, Marilyn Monroe as a clown, even Elvis as a clown! Then (probably much to the chagrin of the Tonopah Chamber of Commerce) he commissioned additional giant 30-foot clowns for the building’s façade – so people could really see it from miles away! An artist-in-residence was hired to do all new numbered clown paintings for the doors of the rooms, and a new line of merchandise was designed and sold in the expanded lobby gift shop.

Nowadays, business at the Clown Motel is booming – local miners, curious travelers, and clown aficionados from all over the world fill its rooms on a nightly basis. Covid was but a speed bump for the ambitions of the newly fabulous Clown Motel – and when the pandemic is over, things are really going to go nuts! At least two B-movies have already been filmed at the Clown, and ghost hunters like the place because it’s allegedly haunted – by the ghosts of clowns? The neighboring pioneers? Or maybe clown pioneers? It’s hard to say.

But one thing’s for sure – the Clown Motel is experiencing a serious Renaissance, and it’s about damn time! So if you’re looking for a fun getaway only a few hours from home (from either Vegas or Reno) check it out! Get a room, have dinner at the Mizpah, smoke a doobie in the old cemetery after dark, buy a few clown souvenirs…and be sure to tell Hame I said Hi!