By: Stephanie Shehan An interview with Brett Stevens, CEO of Fohse Inc. FOHSE “Future of Horticultural Science and Engineering,” based in Las Vegas Nevada is a one-of-a-kind lighting technology company currently focused on set-ups within the cannabis industry.  After investing in a local cultivation, the FOHSE team quickly realized the need for high quality light […] 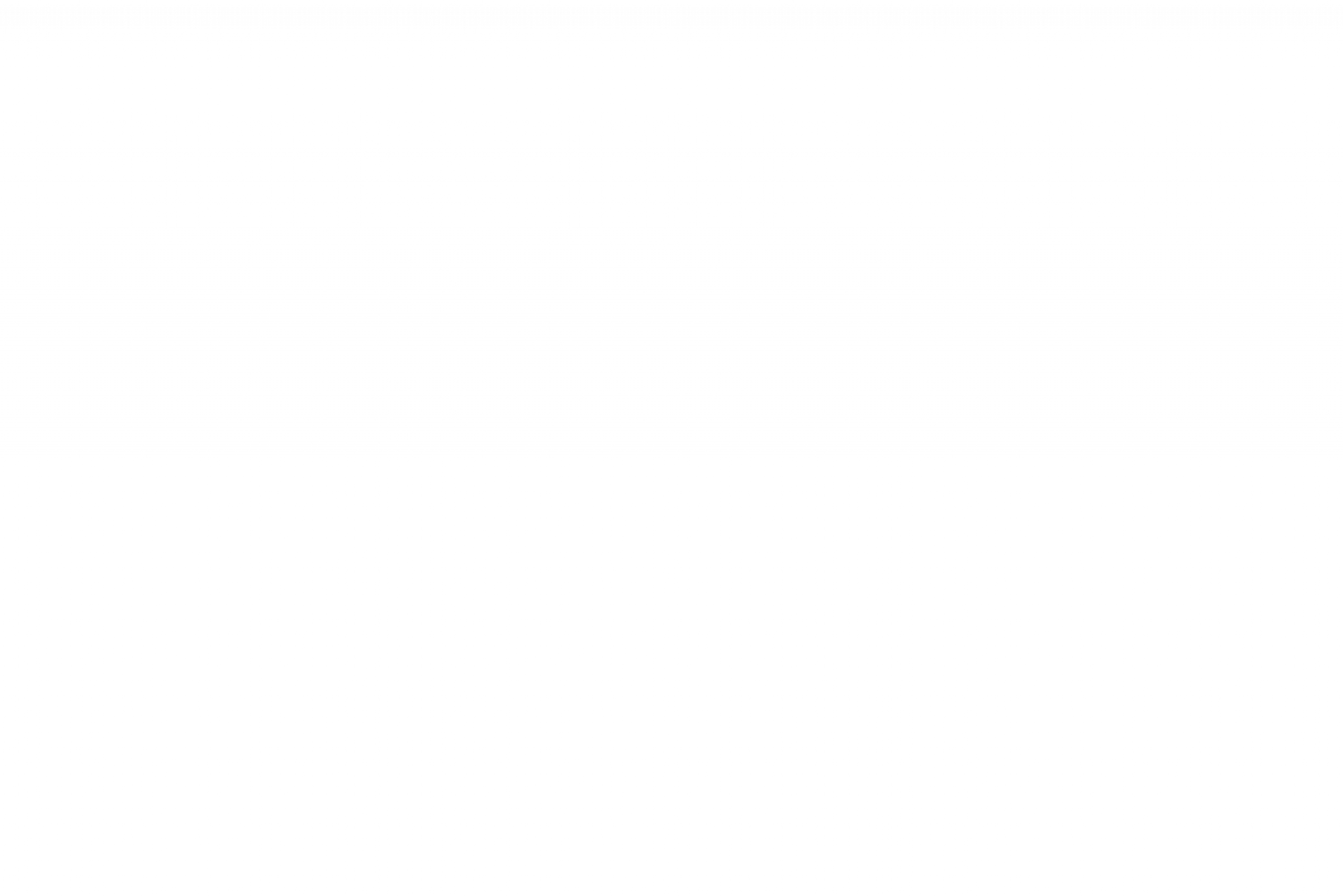 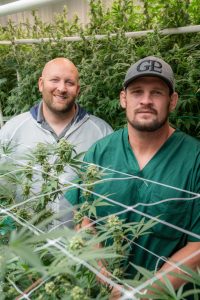 An interview with Brett Stevens, CEO of Fohse Inc.

FOHSE “Future of Horticultural Science and Engineering,” based in Las Vegas Nevada is a one-of-a-kind lighting technology company currently focused on set-ups within the cannabis industry.  After investing in a local cultivation, the FOHSE team quickly realized the need for high quality light options that could increase yields while decreasing costs.  Recently, I had the chance to sit down with the company’s CEO, Brett Stevens to discuss what they are working on here in Nevada.

STEPHANIE SHEHAN:  You and your team came to Nevada from Minneapolis, MN.  Why Las Vegas?

BRETT STEVENS: We originally came to Las Vegas because we had invested in a local cannabis cultivation.

SS: Were you actually working at the cultivation or were you purely an investor?  And, was that when you decided to move into lighting and start FOHSE?

BS: I am hands on in whatever ventures I invest in. Our team came here and not only invested in a cultivation but also worked within it.  I insisted on being on the ground within the grow assisting with and assessing what we were doing.  We are passionate about the cannabis industry and had been discussing entering it for quite a while.  Working within the cultivation setting, we figured out quickly that the lighting just didn’t make sense.  The excess of heat being put out by the existing lights and the amount of air conditioning that needed to be pumped through to cool just didn’t seem like the best way to operate.  The catalyst came when we froze all of our air conditioning condensers because they were being run non-stop.  It was then that we knew we had to come up with a better solution.

FOHSE was born six years ago, purely out of necessity. We knew there needed to be a high power LED option within the market. Our CTO and Co-Founder Alex Gerard is an engineer that specialized in lasers and LED for over a decade while working with massive companies like Medtronic and Boston Scientific, as well as with US military contracts.  All the other competitors were racing to the bottom, they were looking for shortcuts and looking to make the cheapest product possible with the largest margins. We, on the other hand asked ourselves, how do we maximize a grower’s productivity per square foot? The answer to that was that we had to make the best product possible. No shortcuts. We did a huge amount of research before developing our products.  We knew the importance of value and did not want to bring anything to market that did not have value.  Our main goal was to be able to offer lights that were better than anything out there.  Allowing our customers to waste their money was not an option for us.  Two years and a vast amount of money went into fully understanding lighting and developing the products we offer.  Currently, we hold 14 different patents and we own all of the intellectual property on our lights.

SS: What sets your lighting company and methods apart from others?

BS: We have the most powerful, and most efficient LED on the market. Over the last five years we have consistently out grown every other competitor on the market. We design and engineer all in-house, we didn’t just find a product online and private label it. We also draw, design and create all of our fixtures in-house. We pride ourselves on our reliability, we operate on less than a 1% failure rate.

SS: Tell us about your team.

BS: We are a family run company. Our team is very passionate. Our core team has worked together for over a decade through multiple different ventures. We currently have 20 employees. We have specialists in every field, engineering, automation, construction, cultivation, and marketing.

SS: What is the importance of a good lighting system for cannabis cultivation?

BS: Lighting is the capital decision when designing a cultivation facility.  All of the metrics of a facility are built around the lights.  From HVAC and soil to the amount of nutrients the plants are going to take in, the heavier amount of light the plants are going to take in, the more the plants are going to need food and water.  Our lights are extremely powerful and when light intensity is increased, plants soak in more water and then transpire more.  Therefore, after installation, our clients typically need to amp up their de-humidification processes to accommodate higher amounts of humidity.  Lighting choices within cannabis cultivations determine which way the grow is going to go.  The decision begins with whether to use HPS, HID or LED lights.  Once that is determined, if LEDs are chosen, the question becomes, Light Intensity LED or Heavy Intensity LED.  Once that decision is made, a cultivation must consider their own grow methodology and then they will be able to choose the lighting system that will work.

SS: Do you work with both large scale and small scale cultivators?  What about home growers?

BS: We do.  For licensed cultivations, our team will come in and work with the cultivation to develop a lighting system that fits their needs.  Smaller growers and home growers can purchase FOHSE lights locally from Grow Generation.

SS: You recently installed lighting at Green Life Productions in Pahrump.  What was the biggest challenge you saw at the Green Life facility?  And, take us through the process of installing there.

BS: Green Life just didn’t have enough room for the product they were going to grow once the new lights were installed.  Once we completed the retrofit of lights there, they increased their bottom line by up to 100% in some rooms.  They more than doubled their yield in some rooms.  At the Green Life facility, Steve had been using low quality fixtures.  He went to our A3i lights which are likely the most powerful grow lights on the market.  Going from the low quality he had to our lights enabled the large increase in yield.  This is not typical.  Most grows that we are installing in are seeing a 20-30% increase.  The install at Green Life began as a test which we never mind doing.  That initial test lasted a little over six months.  Once Steve saw results, we came in and installed lighting in one room.  After one cycle, Steve and his team decided to revamp the entire cultivation.  Following the next cycle, once the whole facility was equipped with FOHSE lights, Steve called me to let me know he had to pull an entire wall out to make room for his higher yields.  He also had to increase his freezer space to make room for the abundance of product.

SS: What do you have coming up in the future?

BS: We have several new pieces of tech coming, we are waiting on patents before we can say too much. Most of what we are working on is in the greenhouse field.

SS: I would say you and the team are officially Nevadans now.  What are your long term goals locally?

Having been here for awhile now, I have to say, we love Las Vegas and the state of Nevada.  Our goal is to be in every cultivation facility in Nevada and we offer phenomenal pricing to the cannabis industry in what is now our home state.  I have been to many grows worldwide and I truly believe that the United States grows the best cannabis and Nevada is a leader in top quality cultivations.  We have the strictest testing and our facilities are pristine.  This has forced everybody to be better.  All of us at FOHSE have our sights set on working with every one of the amazing cultivations here and we do not want pricing to come in between that goal.  We will work with companies to achieve the best lighting solutions for them.

SS: How can readers find out more about FOHSE?  And, how can they follow you on social media?

STEPHANIE SHEHAN: What was your lighting system like prior to bringing in Brett Stevens and the team at FOHSE?

STEVE CANTWELL: We originally started our facility with an older style LED light about 6 years ago.

SS: What made you decide to change your lighting?

SC: We found success using LED lights but our older style “blurple” lights were hard on the eyes and caused photobleaching in certain cultivars. To avoid bleaching we had to turn lights down, sacrificing yield or just not grow certain strains. When switching to FOHSE and their full spectrum LEDs this was a non-issue allowing us to expand our strain catalog and increase yields.

SS: What were your main concerns relating to your lights?  And, why did you choose FOHSE?

SC: Lights can be the biggest limiting factor for an indoor grow and one of the things we depend on the most.  We were looking for quality, power, efficiency, yield, warranty and a strong company with reliable customer service and FOHSE provided all of it.

SS: What type of light setup did FOHSE install?

SC: We started one room at a time until the entire facility was FOHSE LEDs! In our first room, we tried both F1V and A3i lights, we used two F1V lights per 8×4 bed and only one A3i light per 8×4 bed with great results. In later rooms, we went full A3i mainly for its ability to adjust spectrum at three lights per two 8×4 beds and can reach over 1400 ppfd.

SS: And the result?  What changes did the new lighting system bring?

SC: At first it was horrible, but for all the right reasons.  Our plants were double the size so we had to increase our dehumidification in each room.  Then our yields increased to the point that our dry room and racks that we had been using for over five years was getting overfilled and actually collapsed.  So, after increasing dehumidification and building a second dry room to handle yield increase the results paid for themselves!

SC: Yes, when using FOHSE LEDs,  your lights are no longer your biggest limiting factor and with that everything else has to increase at some level to maintain homeostasis. So yeah, we’ve leveled up.

SS: Would you recommend FOHSE to other cultivators?

SC: Yes, and if you or your investors need convincing, hit me up!

SS: Anything you want to add?

SC: For most people the biggest hurdle with LEDs is the upfront cost, so most light companies focused on building affordable LED lights and ended up selling cheap lights. Meanwhile, FOHSE built some of the highest quality lighting systems in the world to date that, in the end, will pay for themselves.