By: Veronica Castillo   The story of Katree Saunders, a Nevadan Impacted by The War on Drugs for $100; Federal Prison, Loss of Marriage, Sexual Assault During Incarceration, and a Record that Follows In 1970, cannabis was outlawed with the Controlled Substance Act- also referred to as CSA. That year, the United States government decided […] 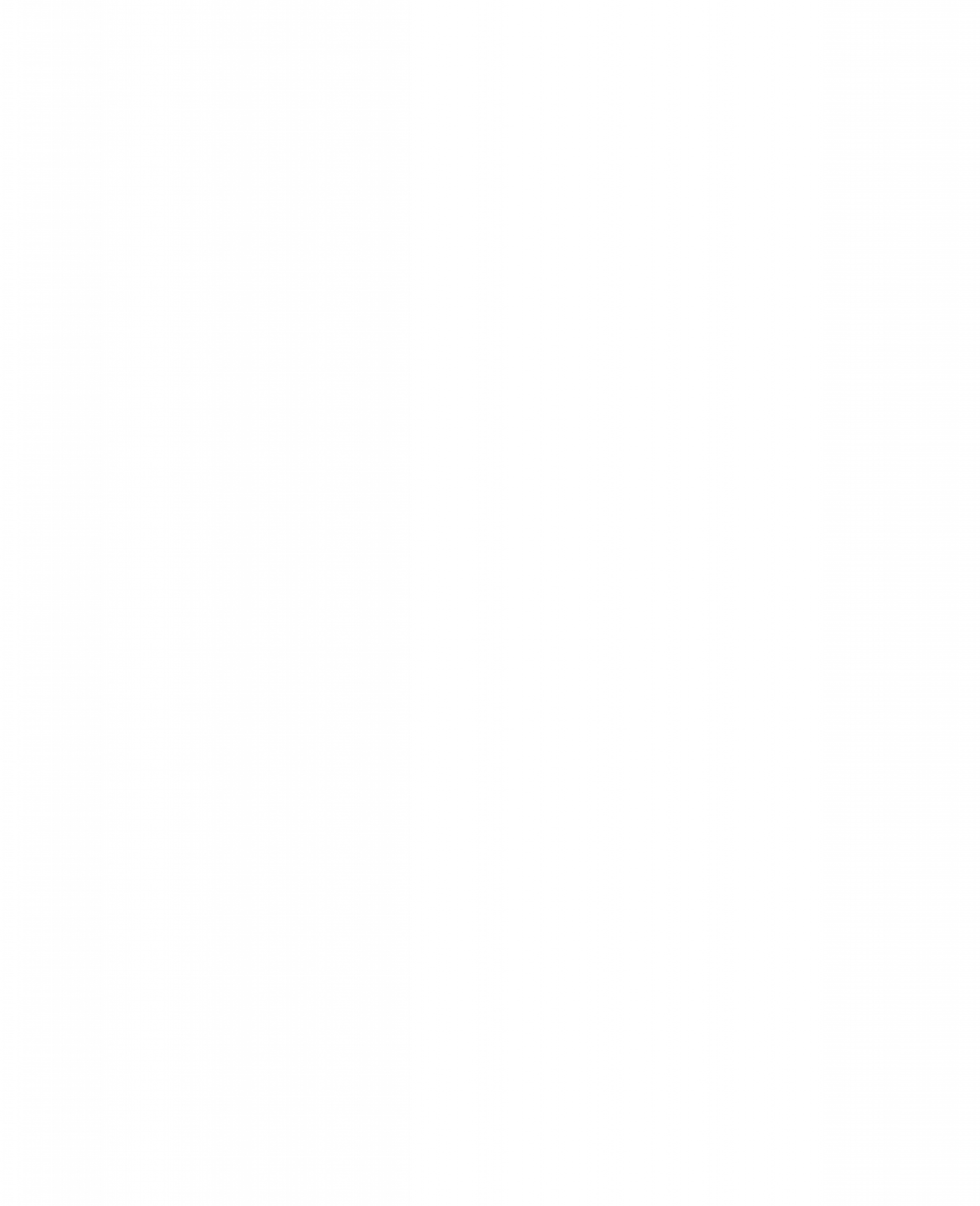 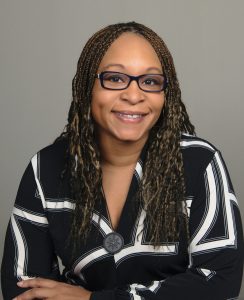 The story of Katree Saunders, a Nevadan Impacted by The War on Drugs for $100; Federal Prison, Loss of Marriage, Sexual Assault During Incarceration, and a Record that Follows

In 1970, cannabis was outlawed with the Controlled Substance Act- also referred to as CSA. That year, the United States government decided that they would further control the ways we treat our medical conditions, and the plants that we are allowed to grow and consume. And then, in dictator form, president at the time (Nixon) in a move that further oppressed humanity, created the foolery agency known as the DEA.

It’s all foolery. All of the shows and stories can’t be false right? I mean:

And really, the list can go on and on. We can print a full issue on all of the examples and probably need a follow up issue. The DEA is a joke and ruins lives. It was definitely the case for Katree Saunders.

Raised in Summerlin, Nevada, Katree says that her childhood was surrounded by love and support. She was born to a father who worked at a test site, and a mother who was a stay-at-home mom, and raised by her older sisters Coree and Keira (thank you both for your service). She describes the topic of cannabis in her childhood home as:

“I was raised in a spiritual household that did not include cannabis education. My mom didn’t accept my cannabis use until I was older. When I was younger, she would always warn me about it being potentially laced. Safety was always a concern. It wasn’t until I was older that I began to educate her about the benefits of cannabis use as medicine. That’s when she saw the light”.

Prior to helping people heal through cannabis, Katree worked in health and wellness and the travel and tourism industries.

“I planned itineraries for customers including hotel, air and ground travel, and entertainment. I also worked in the health and wellness industry by educating people on the benefits of Kangen Alkaline Water”.

She mentioned that as a kid, she was really interested in general law, archaeology, and photography.

Katree started working with/for the NCC where she helped patients obtain medical cannabis cards from the Nevada medicinal cannabis program. Cannabis helped Katree heal from a list of medical conditions and physical injuries. Because of that, she wanted to help others in need get safe access to cannabis.

She even met President Obama at Green Valley High School 2010 while volunteering for Organizing America. Not scared, she shook President Obama’s hand and told him that they needed to talk about patient rights as related to medical cannabis.

It was during her time at the NCC, that Katree helped an undercover DEA agent posing as a person in need, that Katree’s life changed.

“I remember my mom calling me and telling me the DEA, FBI, and ATF were at her house looking for me and raiding it”.

The undercover DEA agents were conducting what was known as Operation Chronic Problem, an investigation of Nevada based dispensaries involving raids conducted by metro police and federal agents.

On the day the NCC was raided, Katree was arrested for and charged with conspiracy to distribute marijuana and hashish, distribution of marijuana- $150 value. In return, the cost to put Katree through the system over a plant was $20,000 including the $5,000 it took to book and process paperwork.

“I remember being in shock, but not afraid because I knew I did not do anything wrong, worrying about my kids’ well-being, making sure that the patients’ information was kept safe, and praying that God would make a way, because I couldn’t see one”.

Katree was in prison for 4 months. During that time, her husband divorced her, took their children and moved away, and she was sexually harassed and assaulted by a U.S Marshal.

Protect and serve….right? $150 was the cost of freedom, family, love, dignity, and more.

“Prison was like ‘Club Fed’”. The holding facility was terrible, but while I was in holding, I took acting classes; our acting instructor was on the TV Show “Leave it to Beaver”, and I would pray a lot. I eventually prayed for someone to pray with as I was praying alone, and miraculously a prayer circle bumped into me while I was resting and I felt my prayers were answered. The prayer circle I found was at Corrections Corp. America in Pahrump, NV”.

Probation was in Katree’s future. After serving time in prison, Katree was released and The State of Nevada Probation Department obtained a court order preventing Katree’s doctor from prescribing Marinol (a trade name for a specific form of tetrahydrocannabinol- THC). Being on probation meant that she couldn’t consume cannabis. This caused yet another hardship.

Katree was formally addicted to pharmaceuticals due to medical conditions and injuries (as stated above) sustained in car and other accidents. Cannabis helped Katree get rid of her addiction and so, because of probation, those same pharmaceuticals that caused hardship, were her only option for treatment.

America looking out for their citizens… right?

The system is designed to keep the oppressed- oppressed. Doctors and makers of opioids face no hardship. They are allowed to create addiction under the laws of the United States. The DEA isn’t here for them- they are here for plants.

BUT THE DEA IS HERE FOR PLANTS! Make it make sense America!

Katree has contributed so much to the cannabis industry and now, the laws in Nevada and many places keep her out. This shouldn’t be the case! Cannabis needs those with passion and experience:

And while this list is long, it still doesn’t cover everything that Katree has contributed. The list is meant as an overview because it truly doesn’t include everything.

You are a black woman that made waves, asked questions, sat at a table with the President, helped establish cannabis in Nevada, and Nevada says you can’t get a license; what do you want to say to the politicians keeping you out and those helping them?

“Systemic racism is backed by laws perpetuated by white supremacy so that oppressors can keep disenfranchised people most affected by the war on drugs, out of the legal cannabis market. They do this by enabling exorbitant fees and favoritism.

I was actually told by a local politician, in a text message, ‘White people don’t hand over $ and power – you have to take it, because you are a nobody.’  I demand that I have ownership in the legal Nevada cannabis market, which would include cultivation, dispensaries, etc. so I may one day have a MSO that is black woman owned.

For all I have sacrificed for the community and the millions of dollars I have helped earn, I want to see real justice served. That the bills written in the Nevada State Legislature be inclusive of those most harmed by the failed War on Drugs, not a perpetual cycle of disenfranchisement. My family deserves to build generational wealth”.

Katree is a passionate, educated, and experienced person. Though the government took time of her life away, gave her a record that makes it difficult to seek employment in the cannabis industry and others, left her with PTSD, and in the struggle of her life to be able to treat her conditions with cannabis- she remains kind hearted with a nurturing tone in her voice:  “I just want to get back to work”.

When I asked Katree if her life is starting to feel normal or close to it, she responded:

“No, I feel like I am still having to fight a battle after I already fought the war on drugs. It has become more difficult to obtain normal things while still having to deal with a corrupt system that is set up for systemic oppression”.

Katree represents a group of people that the system is keeping down. They served their time and are still treated like prisoners. Katree was charged with a non-violent crime and because of that record, it seems impossible for her to obtain employment. She has tried and while she primarily wants to work in cannabis, she is open to other industries.

“I can’t get a job in the airline industry or even as a Lyft driver. My conviction really keeps me from the industry, after I helped create jobs and train people within it”.

This has to change! For those interested in reaching out to Katree to chat employment/ collaboration/ partnerships/donations email: empresstreez@gmail.com. Also, follow her hashtags: #LetMyPeopleGo #LetMyPeopleGrow.