Those who have been in the cannabis industry for any length of time are likely familiar with the various Gorilla Glue strains. What many do not know is that the Gorilla Glue family of strains was developed right here in Nevada by Josey Whales and the late Lone Watty. While we have seen a handful of […] 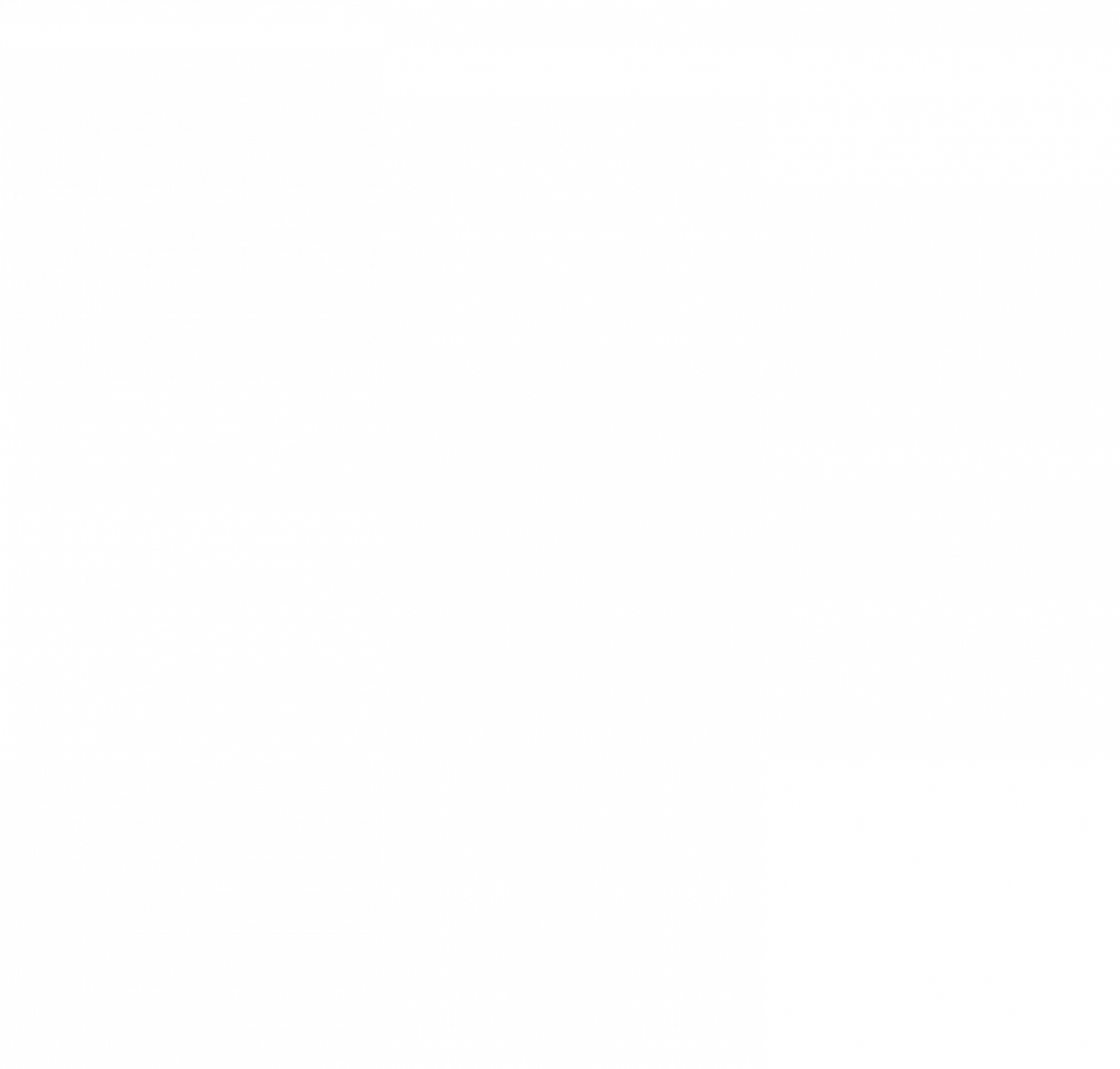 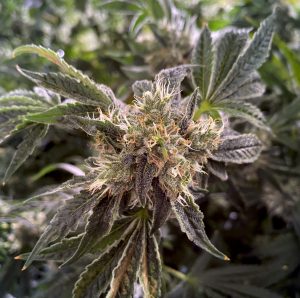 Those who have been in the cannabis industry for any length of time are likely familiar with the various Gorilla Glue strains. What many do not know is that the Gorilla Glue family of strains was developed right here in Nevada by Josey Whales and the late Lone Watty. While we have seen a handful of “knockoff” GG strains locally, Jonathan Krajnak of Bond Road Cannabis Company recently partnered with the original GG Strains team to cultivate the GG varieties and we had the chance to chat with Jonathan about his relationship with the team and what we can expect from them in the near future.

Vegas Cannabis Magazine: Tell us how you got started in the cannabis industry?

Jonathan Krajnak: I have had a few careers. I worked for a Bell telephone company until 2003. I was laid-off when they merged with another company. I met my wife, moved to Austria to be with her, and started my own company teaching business English to companies. After living over in Europe for about 4 years, I decided to get into the casino business. Spent a little over a decade working my way up the ranks in table games. After getting laid-off back in 2015, I decided that I was going to take a year off to really figure out what I wanted to do for the rest of my working life. After doing a lot of research (and getting on my wife’s nerves), I found a job with MJardin as a cultivation tech at Flora Vegas’s facility. It was an adjustment learning how to live on $12 an hour, but I didn’t care because I wanted in no matter what. I had also been a medical patient for a couple of years by that time as well.

VCM: How did you secure your position as General Manager of Bond Road Cannabis Company?

JK: While working for MJardin, I met the guys who started the company. After a couple of conversations, they asked for my resume. I was actually hired in 2016. But, with some unforeseen delays, I didn’t start until August 2018. The wait seemed almost like an eternity.

VCM: What sets your company and team apart?

JK: We’re small. We only have a dozen or so on our staff. And, we’re all consumers. So, we know what it’s like to walk into a dispensary and pay $50 or $60 for an 8th, only to be disappointed. And, we’re all Las Vegans. We’ve all worked in service jobs where you are just beat and sore at the end of the day. So, we all want to grow a bankable product that’s reliable. I know every company says that, but we have put in the wrench time to get there. I also spent 20 months with MMJ America as both a budtender and a manager. So, I’m a GM who has worked on both sides of the fence. I’ve helped thousands of people and have also learned what’s really important to them. My team and I put that knowledge into what we do everyday.

VCM: Tell us about your relationship with the local GG Strains cultivators, Joesy Whales and the late Lone Watty, and about your new licensing deal/partnership with GG Strains.

JK: I mentioned before that I was hired for my current position in June 2016. About 4 weeks after I was offered this amazing opportunity, I blew my knee out in the garden and had to have it surgically repaired. It was still somewhat early in the medical game back then. So, there weren’t all that many growers.
One day, while looking at menus for good pain strains, I saw one place had GG5. I didn’t even know that there was anything else other than GG4. So, I went and picked some up. Wasn’t bad, but didn’t have that glued feeling I was expecting. So, I went on Facebook and looked up GG Strains. I wrote them a message asking if it behaved much differently than GG4. And, I also inquired about the authenticity of it. Naturally, I never expected to hear back. But, Lone Watty, or Ross, got in touch with me and explained that no, it wasn’t real. And, he explained that no one had the actual genetics here in Nevada. So, he offered to meet me so he could give me some of the read deal. He was a caregiver and I was a patient. I was never so stuck in my life. It was a holy sh*t kind of experience. I explained to Ross that I had been hired to run a cultivation company, and that I thought Las Vegans deserved to have access to these genetics. Over the next several months, Ross and I spoke often. I also tried all of the strains.
It took 3 years of being told “no” before I finally got a “yes”. Ross passed away last May, and I signed the deal just a few months later. So, needless to say, it’s bittersweet. But, I stayed in touch with Josey Whales and Cat (GG Strains General Manager). And, here we are today growing all 6 of their strains.

VCM: For those that do not know, please intro the GG Strains and tell us what makes those strains so special.

JK: There are six. GG1 (Sister Glue), GG4 (Original Glue), GG5 (New Glue), Gluchee, Purple Glue and I Do Glue. They all originate from, or are crossed with, GG4. So, all of these strains are pretty heavy. Certainly not for beginners.

We’re growing genetics direct from the creator. So, they aren’t watered down like so many other strains. There are so many knock-offs out there. With our products, you’ll be getting glued with the real, certified genetics.

VCM: What can we expect from Bond Road once the GG strains launch?

JK: We’re going to be focusing on making a real connection with our customers. We aren’t going to be using models or sexy pics to sell our flower. So, when you see that we’re doing a pop-up, it’ll be members of our staff. To me, anyway, it’s important that there’s a connection between cultivator and customer. I want my staff to see, first hand, that what they do makes a difference in people’s lives. And, in turn, I want our customers to meet the people who put in the love and dedication into the product that they’re putting into
their bodies.

And, we’re working to make fair deals. Fair for Bond Road, fair for our retail partners, and, most importantly, fair for the customers. Everyone needs to make a living here. And, the majority of Las Vegans don’t have the budget to keep shelling out high dollars for product. So, we want to grow a really great product and not gouge people at the register.

VCM: GG Strains recently faced some legal battles with the glue manufacturer Gorilla Glue.  Tell us what came of that and if there are any restrictions on you to use the term “Gorilla Glue.”

JK: I figured that question was coming. So, yes, the adhesive company sued GG Strains. Long story short, we can’t call it Gorilla Glue anymore. But, we CAN use f.k.a. Gorilla Glue for one year. So, GG1, GG4 and GG5 are also known as Sister Glue, Original Glue and New
Glue respectively.

VCM: Many local cultivators advertise the strain GG4 which I believe originated from GG Strains.  Is this the only strain allowed to be cultivated by other growers?  What about the other GG Strains?

JK: Lone and Joesy released some cuts of GG4 after they won their first Cannabis Cup. So, there are, in fact, authentic and verifiable cuts of GG4 out there. Only Bond Road has the other 5 in Nevada.

VCM: How will buyers know that they are purchasing an authentic GG Strains product?

JK: GG Strains came up with a nifty slogan. “See the seal, know it’s real”. There will also be a seal on every label that we sell. Only we’re allowed to use that.

VCM: Where do you see Bond Road in five years?  What about the Nevada cannabis industry?

JK: Five years is a long time. But, I definitely see us expanding and hopefully getting a production license. The dream, of course, is to have a dispensary. The industry in Nevada still has a lot of growing to do as well. So, I expect that marijuana will only become more popular and we’ll be able to continue expanding and adding more dimensions

VCM: hat changes would you like to see in the industry?

JK: Of course smoking lounges would be wonderful. Eventually, I’d like to see restaurants that feature cannabis, as well. I’d also love to see licenses for agents be valid for longer than one year. It’ll cut down on work for everyone involved. And, for many people that work in the industry, $200 is a tough amount to come up with. 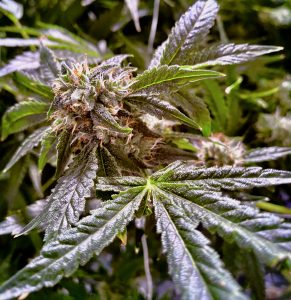 VCM: How can readers follow Bond Road and GG Strains online or on social media?

JK: If you’ve ever been to a great restaurant, and you take a bite of something spectacular, your eyes close, the world goes silent, and you get lost in the moment. My dream is to grow marijuana that has that kind of effect. I know it’s not quite like that. But, enjoying the process of getting better is what inspires me. Working to grow the absolute perfect flower. It’s a lofty goal, but we have to try our best every single day.

JK: Yes. To everyone out there who has a dream of making a difference in the cannabis industry, don’t stop dreaming. There are always going to be times when things aren’t going your way, or that it seems like you’re wasting your time. But, I would encourage anyone who is really passionate about marijuana and wants to do something special to keep at it. My journey wasn’t easy. People doubted me often. But, in the end, I’m here. Bond Road is here. And, if you don’t give up, you’ll be able to do something amazing, too.