Urban legend. Myth. Propaganda. Misinformation. Regardless of the label du jour, public anxiety combined with ubiquitous social media has produced claims by some celebrities that are rife with glimmer and quotable optimism but, unfortunately, fully void of scientific basis or fact.     March 2020 delivered a dose of warmer spring air to many parts of the […] 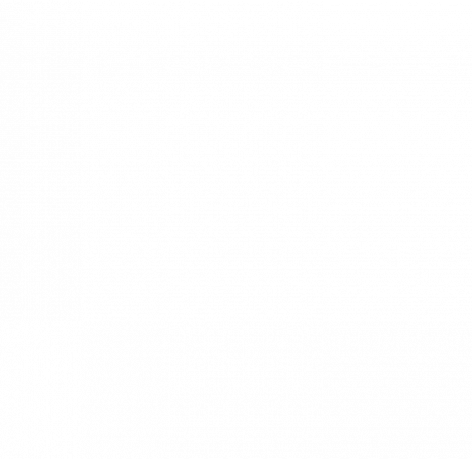 Urban legend. Myth. Propaganda. Misinformation. Regardless of the label du jour, public anxiety combined with ubiquitous social media has produced claims by some celebrities that are rife with glimmer and quotable optimism but, unfortunately, fully void of scientific basis or fact.

March 2020 delivered a dose of warmer spring air to many parts of the United States. Unfortunately, few discussed the improving weather due to the emergence of the infamous health crisis known popularly as the Coronavirus (COVID-19). The pandemic has resulted in the mass adoption of a number of measures designed to curb the spread of the potentially fatal contagion, including social distancing, isolation, and quarantine.

Can CBD Prevent or Cure COVID-19? 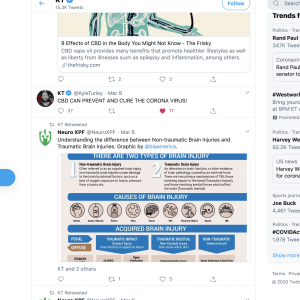 One unfortunate side effect of the pervasive nature of social media is the ease with which influencers can make claims that defy reasonable scientific investigation or review by qualified third parties. An example of this trend was recently provided by NFL football celebrity Kyle Turley.

On March 8, 2020—amid a public scare of a rapidly expanding global pandemic—Turley posted to his 48,000 Twitter followers: “CBD CAN PREVENT AND CURE THE CORONAVIRUS!” (caps emphasis his). The only problem with the California football star’s statement: Leading scientists and researchers say it is completely and patently false.

Turley, who retired from the NFL in 2007, told USA Today on March 22, 2020 that cannabis “saved my life.” Today, at age 44, the sports icon earns his living from a testosterone-injected CBD wellness brand called Neuro XPF (the XPF stands for “Xtreme [sic] Performance Fuel”) and part ownership of a dispensary named Shango that is located about 60 miles east of Los Angeles.

“What are we going to do here? Are we going to go into quarantine? Or are we going to live? If you choose cannabis, I’m here to tell you that you’re going to live,” Turley proclaimed to the national newspaper during his interview, errantly suggesting that “to live” is to avoid quarantine, thereby potentially dissuading his fans from engaging in social distancing and isolation—important measures endorsed by leading experts to help prevent the spread of any virus.

To satisfy cynical minds and in support of the spirit of science, I reached out to some of the most experienced doctors, researchers, and senior executives throughout North America for exclusive interviews with Vegas Cannabis Magazine regarding their thoughts on the topic of the efficacy of cannabis and constituent molecules like cannabinoids for viruses such as COVID-19.

Deepak Anand is cofounder and CEO of Materia Ventures, a consulting and investment firm based in Toronto with a focus on European medical cannabis markets. Anand has a long history in Canadian cannabis, including his previous role at Cannabis Compliance Inc. and his position as Executive Director of the Canadian National Medical Marijuana Association from 2014 to 2017. In addition to his role at Materia Ventures, he currently serves on the boards of the National Association of Cannabis Professionals and Canadians for Fair Access to Medical Marijuana.

“There is no evidence that cannabis can slow or stop the progress of COVID-19,” said Anand. “On the other hand, for patients who might be consuming or who are prescribed cannabis for medical purposes, there are currently also no contra-indications with respect to cannabis and anti-viral treatments,” he said.

“It is my sincere hope that science will uncover previously unknown anti-viral properties of cannabis,” said Anand. “However, those who spread rumors and misinformation regarding any supposed curative powers of cannabis are, in my humble opinion, not furthering cannabis as medicine.”

Dr. Benjamin Caplan is a medical doctor and practicing clinician who serves as Chief Medical Officer for CED Clinic and the CED Foundation in Boston. In his capacity at CED Foundation, Caplan has curated a large collection of peer-reviewed scientific research and related literature regarding the medicinal efficacy of the chief wellness molecules produced by the cannabis plant, including cannabinoids and terpenes.

“These are troubling times,” Caplan told me during our interview. “The devastation that COVID-19 is causing directly, globally, is in addition to indirect anxiety, sleep and social deprivation, and crippling fear. The mere threat of the virus is causing dire effects,” said Caplan.

“We all must carefully consider the sources of information that we receive and examine its qualifications,” warned the progressive medical doctor.

“Good science is built on doubt. We conduct studies that are packed with references to transparently expose how we arrived at the information. Authentic scientific leaders embrace doubt and uncertainty and will seldom deliver concrete factoids that express a definitive answer,” explained Caplan.

The doctor suggested that it is helpful for consumers to think of cannabis as a “super vegetable” (it is categorized as both a vegetable and an herb) that is packed with multiple healthy ingredients.

“Some of these components are helpful for those who have trouble with appetite, while other ingredients may assist people suffering with difficulties sleeping or feeling anxious. The list of healthy benefits provided by cannabis is actually quite long,” said Caplan.

“Unfortunately, the reason most people aren’t aware of the full story about cannabis is because of a long history of celebrities on megaphones spreading questionable information,” continued Caplan. Despite the fact that cannabis and the cannabinoid molecules it produces are neither a preventative agent nor a cure for the Coronavirus, Caplan emphasized the ways in which the herb acts as a proven therapeutic agent.

“For many, cannabis can help with anxiety regarding, or the symptoms of, a COVID-19 infection. It is also reasonable to say that the most popular varieties of cannabis act as a pleasant source of distraction, levity, or entertainment for people enduring self-isolation,” explained Caplan. He said that he believes cannabis is healthier than “other outlets or coping strategies, including tobacco smoking, alcohol, and the use of illicit substances.”

Dr. Peter Grinspoon is a Harvard Medical School-trained primary care physician who maintains a clinical practice in Boston. He is author of the memoir Free Refills, a book in which he chronicled his opioid addiction and resulting recovery. Grinspoon teaches at and writes for Harvard Medical School and is a regular contributor to Twitter.

“We are just beginning to understand the vast medical potential of cannabis. It is going to be profoundly exciting to further discover what can be cured or palliated by cannabis and different cannabinoids,” said Grinspoon.

“We can’t just fabricate claims of benefit or cure for cannabis or cannabinoids,” said Grinspoon. “This gives people false hope and undermines the credibility of honest practitioners of cannabis medicine. Sadly, this is exactly what those who are claiming that cannabis or CBD cures or prevents coronavirus are doing. There is absolutely no scientific evidence of this,” he stressed.

“It would be interesting to study the financial relationships of the people making these claims, because it is impossible to get to these claims from science. Given the 80-year war on cannabis and the stigma that persists, consumers need to be scrupulous about sticking to the facts and science—whether we are discussing cannabis for coronavirus or cancer,” concluded Grinspoon.

Mara Gordon is cofounder of Aunt Zelda’s™, Calla Spring Wellness, and Zelira Therapeutics. She specializes in research and the development of cannabis treatment protocols for seriously ill patients while lecturing about medical cannabis research globally. Gordon’s pioneering protocol work was featured in the 2018 documentary Weed the People.

“First, let’s consider the fact that celebrities are making medical claims. Unless they are celebrated for their contributions to science, their qualifications are irrelevant,” said Gordon during our interview.

The veteran medical researcher echoed the observation of Grinspoon that financial motives may drive purposeful claims of efficacy in cases where hard science and research simply are not supported. “This leads to the more sinister possibility that these erroneous claims are motivated purely by financial gain. I shudder to think that anyone associated with this healing plant would treat human life with such flagrant disregard just to line their pockets,” she said.

“Numerous preclinical and clinical studies reveal the potential effectiveness of cannabinoids in treating a myriad of diseases—none of which are COVID-19,” explained Gordon. She suggested that companies that make such claims with no basis in real research should be subject to closer scrutiny and perhaps punishment from regulatory bodies such as the U.S. Food and Drug Administration.

“Any celebrity or self-proclaimed expert making health claims regarding cannabinoids and the coronavirus should receive a knock on their door from the FDA,” said Gordon.

Similar to other thought leaders, the celebrated researcher extended her criticism of sources of blatant misinformation to those claiming that the chemical components of cannabis, including cannabinoids like CBD, CBG, and THC, offer hope to those suffering other diseases and conditions.

“In addition to claims that cannabis, CBD, or THC may prevent or cure the virus underlying a global pandemic, others make similar claims, such as the ability of cannabinoids, terpenes, or ‘cannabis’ to cure cancer and other diseases,” she said.

Gordon, who has invested nearly a decade into treating cancer patients and the seriously ill with hemp and cannabis, claims that “there is not nearly enough known about what works and what doesn’t on a case-by-case basis.”

She explained how cancer is a systemic disease lacking a cure from which some sufferers have demonstrated significant benefit from the carefully monitored administration of cannabinoids. “We’ve had patients take from 35mg to 750mg of cannabinoids for the same diagnosis and experience similar outcomes,” said Gordon. She explained how a decade of clinical experience has revealed to her the extreme subjectivity of the efficacy of these wellness molecules for most disease conditions.

“We have also seen people use high doses and achieve nothing more than relief of suffering and improved quality of life. This is immensely valuable, but it is a far cry from a cure,” concluded Gordon.