Veterans Vitality is an alternative health company based in Las Vegas, Nevada. The company was founded by veteran Kaine “Kong” Marzola who served in the most decorated unit in Marine Corp history and internationally awarded healthcare entrepreneur, Mario Gonzalez.    The hero’s journey is played out constantly in films and books, yet it’s rare to see […] 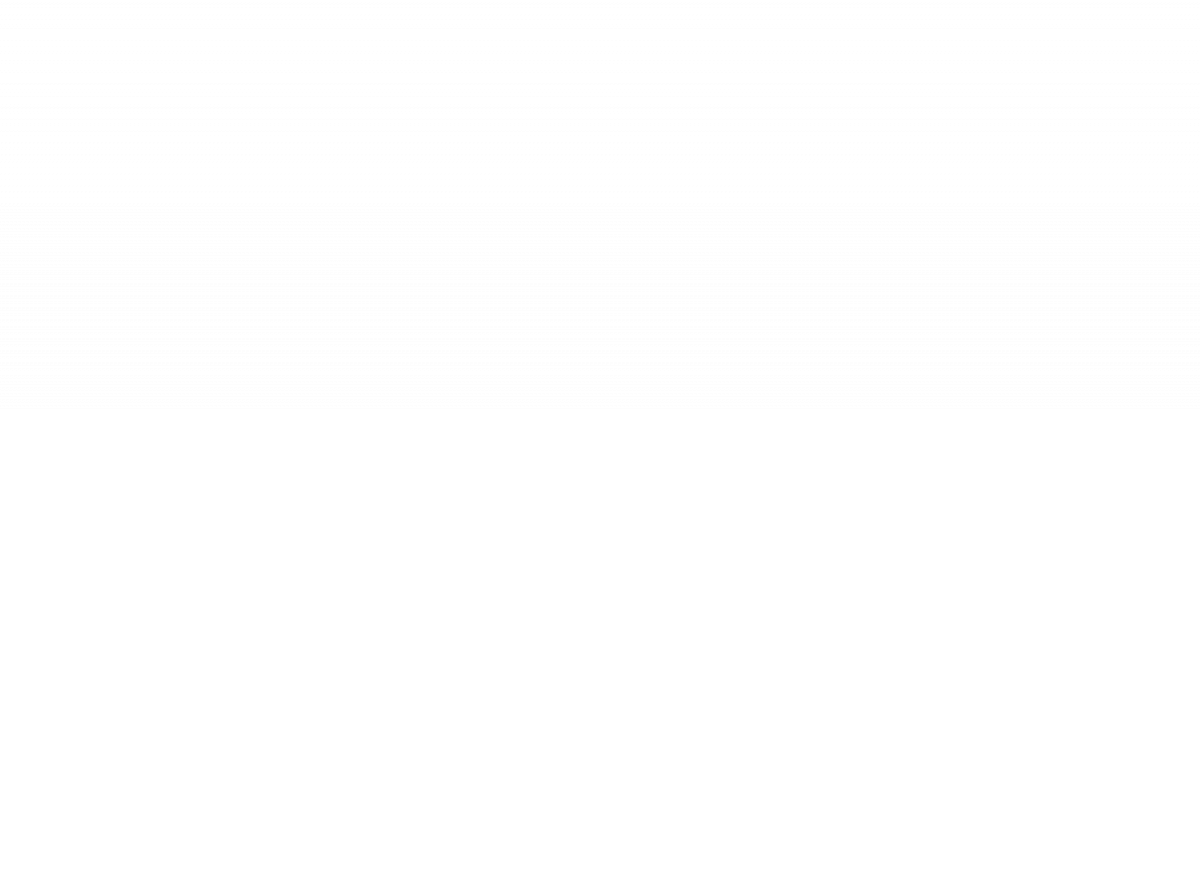 Veterans Vitality is an alternative health company based in Las Vegas, Nevada. The company was founded by veteran Kaine “Kong” Marzola who served in the most decorated unit in Marine Corp history and internationally awarded healthcare entrepreneur, Mario Gonzalez.

The hero’s journey is played out constantly in films and books, yet it’s rare to see a man whose called to the hero’s journey in real life, rarer to see someone who takes up the cause, and in extremely special cases can you get a glimpse of the revelation, transformation, and return.  That’s the story of Kaine “Kong” Marzola. Shortly after the attacks on September 11, 2001, feelings of duty, responsibility, and patriotism moved Marzola to enlist in the Marine Corp. Marzola spent 8 years in the Marine Corp serving two of the deadliest tours of Operation Iraqi Freedom in Ramadi, Iraq with 2nd Battalion 5th Marines Fox Company “BLACKHEARTS”, the most decorated unit in Marine Corps history. Marzola quietly commented, “there were only a couple of days in that first eight and a half month stretch where we weren’t taking enemy fire or where one of my brothers weren’t falling to the ground.”

When Marzola returned to Vegas, after the first tour, he tried to reintegrate with society, but his mind was still operating as if he were in Ramadi. Marzola viewed bars as enemy bunkers, his eyes would jet around every crowd feeling the presence of an imminent terrorist, and he couldn’t stop scanning the streets looking for IMD’s and traps. Marzola was back home, but he couldn’t escape the battlefield.

Marzola served a couple more tours; peacekeeping missions in Southeast Asia and a second return to Ramadi, Iraq. It wasn’t until 2009, five years after he had first served in Ramadi that a military psychologist diagnosed Marzola with severe PTSD. It was also at this time that the injuries started catching up.  So, in military fashion, Marzola was given a regimen of antidepressants, opioids, benzodiazepines; a laundry list of red pills, blue capsules, and white tablets to numb the pain and temporarily paralyze the memories.

And like most, at the beginning, Marzola felt better. Marzola said, “These feelings I didn’t even know I still had started coming back, pain started going away, and there were temporary waves of calmness that would rush my body— but it didn’t last long.” As the prescriptions started fading, the doctors increased the pharmaceutical dosages, and as those became ineffective, they were increased even more. It wasn’t long before the pain and anguish was worse than before he was even diagnosed.  “I felt like my mind and spirit were caged inside of my body, I didn’t think there was any way out.” It was 2012, Marzola had just recently been honorably discharged from active duty, but he was moments away from suicide. His twin brother, Kenny Marzola who also served three tours overseas, found him just in time, and talked him into joining him on a ride. It was at this moment, Kaine Marzola was introduced to cannabis and a spark of hope surged through his body into his heart and mind; and for the first time in nearly a decade, Marzola felt a sense of well-being.

It was still the early part of this decade, so when Marzola told his psychologist that he wanted to try cannabis and mixed martial arts therapy, and get off these soul-killing drugs, Marzola said, “my psychologist told me I would die. Withdrawal symptoms are even worse and suicide is highly likely.”  It was too late though, Marzola had seen his way, he walked out of the psychologists’ office, quit cold-turkey, and began an extreme healing process through cannabis and mixed martial arts. “It wasn’t easy though, those withdrawal symptoms are real and I almost died a few more times. I don’t think most people make it out,” explained Marzola.

In recent years, Marzola has become a celebrated fighter within the Las Vegas area and has gone through major amounts of healing because of cannabis, community, and some other plant based medicines.

Marzola’s is the case of one battle and one hero.  This isn’t one battle though. Millions of heroes across the world are diagnosed with PTSD. Millions of heroes are given the red, white, and blue pills that make the mental, physical, and spiritual trenches miles deeper. According to the most recent VA report, twenty veterans every single day commit suicide.

“Seeing the battle at home become more deadly than the battle abroad awakened something in me – that’s why I started Veterans Vitality.” Marzola partnered up with Mario Gonzalez, President and CEO of Americare Health, one of the leading supplement companies in the United States.  Recognized by President Bush multiple times for more than one of his companies, Mario Gonzalez and Kaine Marzola have created a line of premium CBD products to help heroes and immediate family members combat PTSD directly.

What makes Veterans Vitality so effective is the quality of their products.  Gonzalez mentioned “The nation’s most awarded chemists and growers have formulated our products to help the body and mind deal with PTSD and the other physical and mental ailments that our heroes have.” But it doesn’t stop there, Gonzalez also stated, “It’s more than just a line of CBD products. It’s about the community. It’s about the mission to save our vets at home. We are hosting many veterans events this year and providing resources and opportunities for many of our vets. We’re also exploring alternative medicines to combat PTSD that will be released later this year.”

“It’s not going to be an easy fight. PTSD is going to be inevitable for a lot of the heroes that do what they do. It’s what happens to them when they come home, what resources, what support they have. Veterans Vitality is ready to fight the good fight to help our heroes at home” said Marzola.  Currently, Marzola and Gonzalez have partnered with veteran non-profit organizations to help veterans transitioning from active duty and a portion of all proceeds will be contributed directly to these organizations.”

VEGAS CANNABIS MAGAZINE: Are you originally from Las Vegas?  If not, where are you from and what brought you here?

VCM: What prompted you to enter the military?

KM: I decided to join the United States Marine Corps in my junior year at Las Vegas High School on September 11th 2001 as I watched the attacks in New York. I will never forget as my history teacher walked in with tears and rolled out the television and told us what we were about to watch would affect our personal lives forever.

VCM: After being diagnosed with PTSD, what was your experience with the typical, doctor prescribed pharmaceuticals? What led you to CBD and how was your transition from pharmaceuticals to CBD?

KM: I was diagnosed while I was still on active duty so cannabis and CBD were not an option. I was on many different medications and antidepressants that were negatively affecting my life. My twin brother who returned from the Marine Corps before I did, and was also a mixed martial artist, introduced me to cannabis and then took me to train at Wand Fight Team to teach me mixed martial arts.

VCM: What challenges have you encountered in starting Veterans Vitality?

KM: As a startup with a grassroots effort I have encountered many challenges in expanding and promoting the message due to budget constraints and banking issues. CBD was recently legalized by the passing of the farm act but there is still a lot of hesitation from the big banks even though CBD is now more widely accepted in the marketplace.

VCM: What types of products do you offer?  Are they full spectrum or isolate based?

KM: We offer a variety of CBD products such as tinctures, gel caps, valor balms, skin topicals, honey sticks  and our CBD sour gummies. We offer both full spectrum and isolate based products.

VCM: What products do you use on a daily basis?

VCM: What prompted you to become an MMA fighter?  Has your MMA career been therapeutic for your PTSD?

KM: My childhood dream since I was six years old was to become an MMA fighter. Mixed martial arts saved my life along with cannabis and other better choices. MMA has been very therapeutic for my PTSD.  That along with CBD has enabled me to achieve a better version of myself.

VCM: Do you have a favorite success story of someone using CBD?

KM: One of our dear friends has a five year old son with a neurological disorder which caused him to have seizures on a daily basis. By using our CBD we are blessed to say that he has been seizure free for over a year.

KM: Positivity,the successful people around me, people who overcome obstacles and big visions we are manifesting everyday and the positive impact we are having on our community.

VCM: What do you have coming up in the future

KM: We are teaming up with non-profit organizations and businesses to engage in social functions within our community which benefit veterans and first responders and their families. Our next event, Warriors Walk with Warriors for Life America, is coming up on August 24. All are welcome to attend to raise awareness for veterans suicide by enjoying a mild hike concluded with Warrior Flow Yoga, CBD, a BBQ and guest speakers.

VCM: Anything you want to add?

KM: To all my fellow veterans and supporters that have shared in the struggle, I highly encourage you to try Veterans Vitality CBD, join the tribe and change your current moment into a positive direction. Blessings and Semper Fidelis.