Nevada based GreenBroz is truly a leader in the automated post-harvesting field.  The company is veteran-owned and committed to fine American craftsmanship, top-of-the-line machine engineering and exceptional customer service.  GreenBroz has retail partners across four continents and their team embodies a wealth of knowledge in regard to all aspects of cannabis cultivation.  Streamlining the process […] 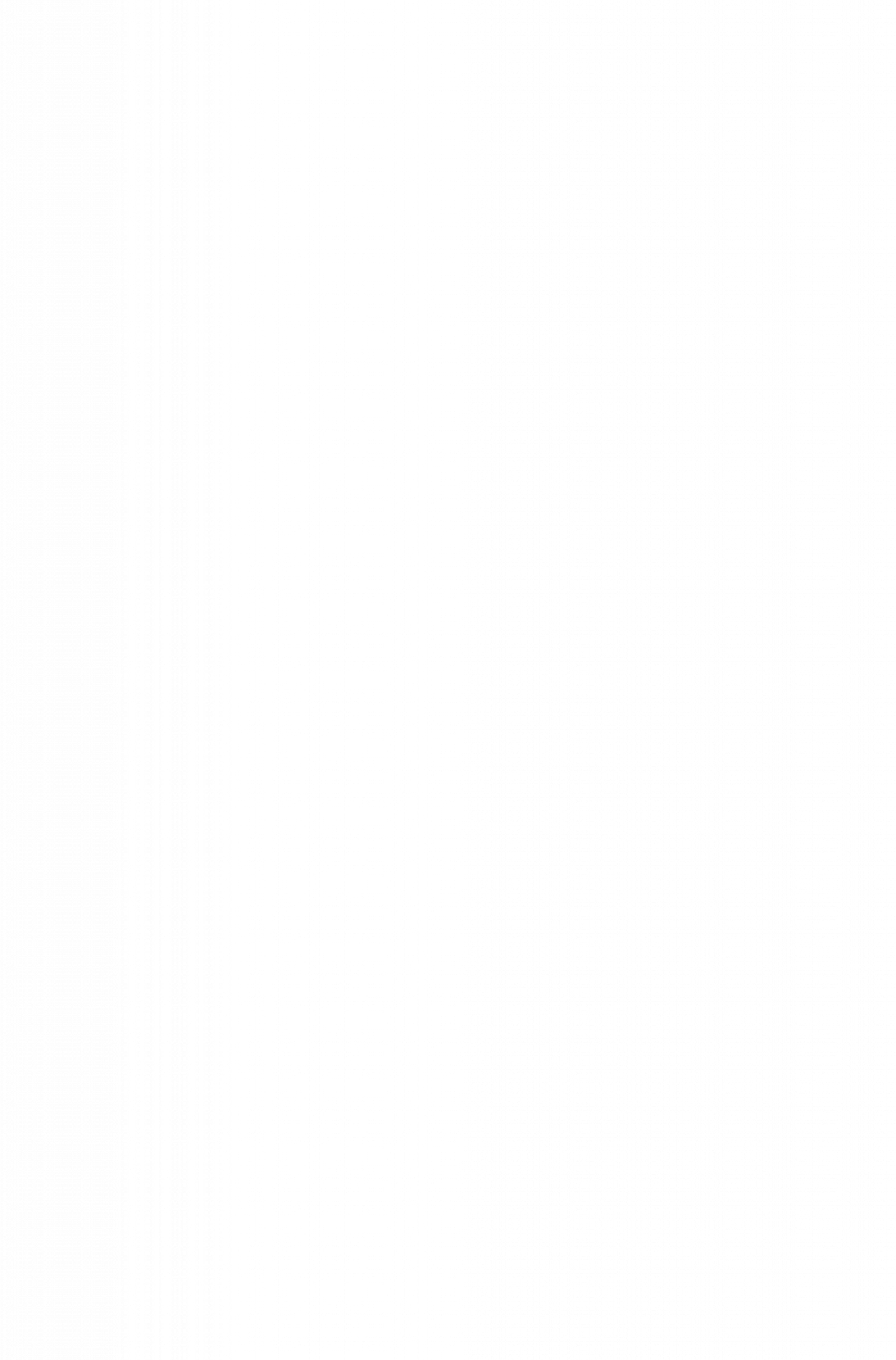 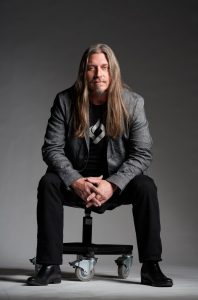 Nevada based GreenBroz is truly a leader in the automated post-harvesting field.  The company is veteran-owned and committed to fine American craftsmanship, top-of-the-line machine engineering and exceptional customer service.  GreenBroz has retail partners across four continents and their team embodies a wealth of knowledge in regard to all aspects of cannabis cultivation.

Streamlining the process of cannabis cultivation, especially here in Nevada could not come at a better time.  With the Nevada cannabis industry hitting one billion in taxable sales, we are seeing an abundance of cannabis hitting the shelves.  Before it can hit those shelves, it must be harvested, dried, trimmed and packaged.  GreenBroz automates a large, and probably the most tedious portion of that process, the trimming.

Just a few years ago, Cullen Raichart and the GreenBroz team opened their state-of-the-art, 50,000-square-foot facility right here in the Las Vegas valley.  The facility allows for design, prototyping, and production as well as a showroom to be housed under one roof providing customers with a unique, immersive experience.  The all-inclusive facility provides customers with a personalized experience that includes direct contact with the engineering and design teams. Cultivation clients of all levels can view the rapid prototyping process in action, talk directly with designers, and see the full line of machines on display.  GreenBroz acquired a Nevada Department of Agriculture issued Hemp Handler’s license which allows them to utilize hemp onsite to demo their various machines and systems.

Cullen Raichart created GreenBroz with a dream, a small amount of money and his garage.  One might consider him a serial inventor as he thrives on the creative process which brings his ideas to fruition.  GreenBroz was developed with the mission to create a trimming machine specific to cannabis that would work better than anything else on the market. Today, the company offers a multitude of machines, many of which work together as a complete system to process cannabis from start to finish.

Recently, I had the opportunity to speak with Cullen about GreenBroz, why the company was created, and where he sees it going.

STEPHANIE SHEHAN: Hey Cullen, what side of Vegas are you located on?

CULLEN RAICHART: We are over near The Speedway.  We moved here a couple years ago from San Diego.  I started GreenBroz in San DIego in 2012 and we moved the business to Vegas in 2019.

SS: Nice!  What led to the move?  And, are you originally from San Diego?

CR: Mainly the cost of living.  It’s more cost effective to live and do business here in Southern Nevada.  It was also difficult to find good quality space where we were before.  I am originally from Indiana, though I grew up in Colorado.  After joining the Navy, I ended up in San Diego.

SS: Tell me, what led you to start GreenBroz?

CR: I’ve been an inventor my whole life.  I had developed and invented things in the past but had never brought anything to market.  I was involved in the cannabis industry as a grower and I had a friend come to me and commission me to build a piece of equipment.  I built and patented what is now the GreenBroz Alchemist machine for dry sift extraction.  I then took a truckload up to Northern California in hopes of selling them …which didn’t happen.  I then realized the need for better trimming machines. Back in 2012, I was at a company up in Garberville, CA and the maintenance guy who I was pretty good friends with was telling me about all the machines the company had.  And I told him I would be back in a couple weeks with an even better machine.  He didn’t believe me.  I immediately went back home to San Diego, teamed up with a few people I had already been working with on other projects and built a trimmer which I did take back to that company in Garberville.  With a viable product that was able to do things that no other machine at that time could do, GreenBroz was started.

SS: Wow!  What sets that particular trimmer apart from others?

CR:  We were in an emerging market.  We do things a little differently than anyone else.  As a company, our focus is on the quality of the product versus the speed.  There is a need for both and we lucked out because our machine was fast and the trimmed cannabis was a quality product.  At that time, there were other trimmers, but our dry trimmer was just very different from the others.  Even today, the other trimming machines on the market do not put out the same quality as ours.  There are alot of cultivations that sacrifice quality for volume, oftentimes because they think they have to because of the amount of product they have.  We just try to educate everyone on the importance of quality.

SS: When you first started manufacturing trimming equipment, was there already an array of machines on the market?  Or, were most companies still hand-trimming?

CR: At that time, there was a massive hand-trimming community.  People would travel from Europe and all over the country to California for two months during harvest season to trim cannabis for various growers.  Those same seasonal trimmers did this year after year and made good money doing it.  Northern California is very special in cannabis because so much history has come from there.  Machines existed back then but they were sub-par.  There is an idealism in cannabis trimming.  Good cannabis trimmers are artisans with great attention to detail.  It’s a craft, or quality level to hand-trimmed cannabis and, even today, we have many clients that utilize our machines but lead the consumer to believe their products are hand-trimmed.

SS: It is my understanding that many cultivation machines are designed to be utilized for an array of plants.  Are your machines the same?

CR:  Our company focuses on the cultivation of cannabis.  Other crops typically have some sort of a protective layer like a skin or a rind, or maybe a shell or husk.  Cannabis is very delicate, it doesn’t have any type of protective layer, and that’s a big deal.  Our machines are designed specifically for cannabis.

SS:  What improvements have you made in equipment since that first machine back in 2012?

CR: We’ve automated one of our trimmers so it’s faster.  And we came out with a new design this year that we just debuted at MJ Biz Con that’s exponentially faster, I mean stunningly faster.  This machine is market leading for sure. Like other trimmers we offer, it puts quality first while maintaining consistency and efficiency as well.

SS: Would you say that today, most cultivations are using trimming machines?

CR: Yes.  Machines just give a different level of consistency that you cannot typically get from a team of people. You can set timers and adjust settings so that everything is precise in the end.  We do also have clients that instead of going fully automated, utilize machines about 80% of the way and then finish with hand-trimming.

SS: Aside from trimming, what other machines do you offer?

CR: As far as stand-alone machines go, we have five different trimmers, a trichome sifter/separator, a sorting system which separates cannabis by size, and a rise conveyor which feeds the other machines.

SS: Oh, nice!  Sounds like you are building a complete system of machines that take cannabis from start to finish.

CR: Our machines do work together.  The cannabis is placed in the trimmer which, once trimmed, is sent to the sorter… all via automation.

SS: Anything you would like to see changed within the industry?

CR: Definitely the banking.  We are a machine manufacturer but because we make machines for cannabis, we’ve had our accounts closed by two major banks.  It’s funny, during the pandemic, cannabis was deemed essential.  So, our government believed that cannabis was necessary and urged us to continue operating but at the same time, made it extremely difficult to conduct business while not having a bank.

SS: I feel for you.  And can definitely relate as the same thing has happened to us more than once.  What about the company internally?  I hear you have a unique company culture.

CR: I grew up in corporate America and I hated it.  I also grew up in small business and I hated that, too.  As a business owner, you understand the demands and needs of certain things.  Here at GreenBroz, we try to have high levels of process and workflow coupled with a looser environment.  We try to get things taken care of structurally while allowing people the freedom to be themselves within the structure.  Engineering wise, we are very collaborative, but also very independent.  Those on our team take on a project that they own from start to finish.  And sometimes, there is failure.  But oftentimes, that failure spurs creativity.  I love having people on our team that exercise creativity and I’ve found that the only way to really achieve that is by giving each person ample freedom.

SS:  What a refreshing outlook on business.  So many people are over the 9-5 typical grind.  Last question, what works for you as far as escaping and clearing your head?

CR: For me, it’s motorcycles.  Most magical experiences and probably the best times of my life have been on the back of a motorcycle.  I was very fortunate, when I met my wife, she liked to ride.  For her 50th, we bought a nice big bike.  Riding gives you the opportunity to be away from everything that is plaguing you.  For my wife and I, to be that close without saying a word is amazing.

SS: Thank you for taking the time to speak with me.  I can’t wait to see what GreenBroz brings to the market in the future.