By Jennifer Walker           Photo: Jay Sansone   Grammy Award-winning vocalist, songwriter, guitar legend, and producer Warren Haynes of renowned quartet Gov’t Mule opens up about cannabis and creativity as Gov’t Mule kicks off their tour throughout the remainder of 2022 in support of their critically acclaimed blues album, “Heavy Load Blues” […] 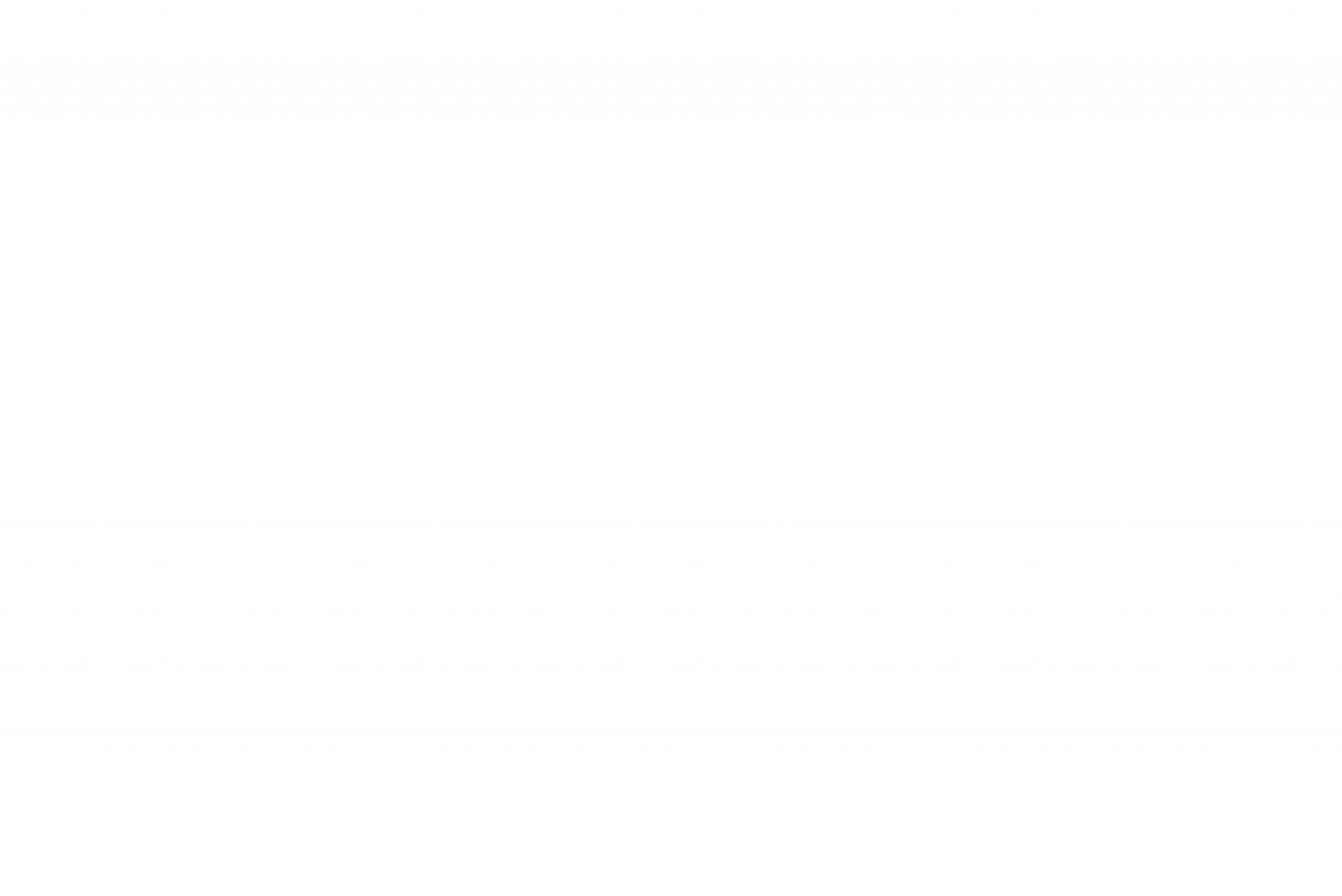 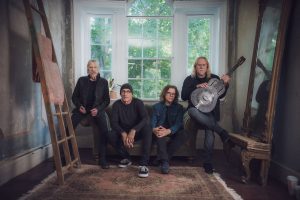 Grammy Award-winning vocalist, songwriter, guitar legend, and producer Warren Haynes of renowned quartet Gov’t Mule opens up about cannabis and creativity as Gov’t Mule kicks off their tour throughout the remainder of 2022 in support of their critically acclaimed blues album, “Heavy Load Blues” (Fantasy Records).

Jennifer Walker: Thank you for talking with us today, we know that things have been busy with your tour.  I’m joined here today by our freelance/honorary staff musician, Jason, to ask a few music-related questions…

Jason Walker: Thanks for allowing me to sit in!

Jennifer:  We were so excited to see you perform at Brooklyn Bowl Las Vegas on June 18th! How many times have you played Las Vegas?

Warren:  Over my career?  Maybe 20?  A lot! I haven’t performed in Vegas as much as some places, but definitely quite a few times.

Jennifer:  There is a cannabis strain named after Gov’t Mule.  Did you have anything to do with that?

Warren:  Appropriately so, I would think (laughs) It’s been something that we’ve talked about for a long time because the whole legalization thing has been such a slow moving process, that it’s long overdue.

Jennifer: Yes, and to your point, with recreational legalization throughout so much of the United States, it really is upsetting that there were people just a couple of years ago going to prison for consuming cannabis like it was some kind of catastrophe. Some of these people are still in prison, now…

Warren:  Yes, absolutely.  I also remember when Nevada was much more strict.  Thankfully that changed at some point, I think the casino industry probably had a lot to do with that change, and realizing that there was no reason to exclude a demographic and not cater to them.  But years ago when I first started playing Vegas, the cannabis laws were very strict.

Jennifer:  Cannabis plays a part in the creative process for some people, particularly artists and musicians.  Do you consume cannabis during your creative process or find that it inspires you?

Warren:  Oh yea, it’s very creative from an improvisation standpoint and from a writing standpoint- it always has been.  A lot of great music through the ages has been created and performed under the influence of cannabis.  Most definitely some of that would be my music.

Jennifer:  There is a bit more of a corporate element to cannabis now, the way that it’s produced and marketed.  A certain sativa strain will cause this reaction, or an indica strain might make you feel 100% this way, etc. At the end of the day, though, it’s all weed!

Warren:  Yea, to a certain extent, but I do see the value of knowing what you’re getting in advance.  I don’t always agree with the label assessments, but there are different times of your work day that may cause you to want to be under the influence of something different, maybe something light and airy.  Then at the end of the day, maybe something a little heavier.  Or, the reverse!  It depends on the individual.

Jennifer:  You’re on tour now and heading to Europe later on in the tour, as well.  I noticed Amsterdam is on the roster…

Warren:  Yes we’re on tour now, we’ve done a handful of shows and in July we’re going to Europe for the first time in several years. We’re excited about that and trying to make up for lost time.  I always enjoy stopping in Amsterdam and performing.  We don’t always include it in our tour, but I’m glad it’s included this time.

Jennifer:  For many years, Amsterdam had been one of the only places where public cannabis consumption was legal.  Performing there in the past and having that experience must have been pretty cool!

Jason: Ha! Yes.  Getting back to creativity and cannabis, I find that after consuming a little cannabis as I’m holding my guitar, sometimes the ideas start coming through even before my fingers touch the strings.  Do you have any Gov’t Mule riffs that you’re particularly proud of that were definitely joint-influenced riffs?

Warren: I think there would be too many to pinpoint (laughs)…I actually do enjoy arranging music while I’m under the influence of cannabis.  Especially in the 80’s and 90’s, a lot of the writing that I was doing was under the influence.  A good example would be the song, “Bad Little Doggie” which was written in the studio when we needed one more up tempo song. I came up with a riff, Woody came up with a riff, then we started putting stuff together very quickly.  The writing process can be benefitted by cannabis.  A friend of mine used to say, “when I smoke, it puts music in my head”. I don’t disagree with that.

Jason: Your record, “Life Before Insanity” is one of my favorites, and I actually saw you guys perform at the Huntridge Theater here in Vegas back in the late 90’s. Speaking of fantastic performances, in 2007 I flew out to London, England to attend the Led Zeppelin reunion, and as I was standing in line, there you were, right in front of me! Were you able to smoke before that show, as an audience member?

Warren: The Zeppelin show? Absolutely! I had become friends with John Paul Jones and we played together at Bonnaroo, he joined Gov’t Mule on stage. We became immediate friends. One night after a Gov’t Mule show I was with friends and family, and got an email from John Paul Jones’ manager saying that John wanted us to be his guests at the Zeppelin reunion show.  I thought my wife was gonna jump for joy! When we made it to the show, we were seated in the audience as John’s guests, amongst many other well known American musicians in this one little section. The next night, John threw a “Pickin’ Party” and we were all invited.  When we got there, I realized it was mostly Bluegrass musicians, Johnny Cash’s son was there, and everybody was just sittin’ around playing Bluegrass. As a memoir, he had a wall-sized photo from the Zeppelin reunion show featuring all of us seated in the audience.  It was such a cool, thoughtful thing to do.

Jason: Sometimes THC can do certain things to people’s vocal cords and it makes it hard to sing, no matter how it’s consumed (edible, flower, etc.)  Have you noticed any issues with your vocal abilities while consuming cannabis?

Warren:  Edibles are out of the question- they affect the voice in a very detrimental way from a performance standpoint (not from a long term standpoint). I’ve noticed that my voice is clearer when I don’t smoke, if I want that clearer sound, and it lasts longer. But there were times in the studio that I actually liked the way my voice sounded if I smoked a little bit. It’s a toss up for me between how much I enjoy it while playing, and how much it helps me to not do it when I’m singing…

Jason: Yes, I’m always afraid of consuming too much before I get on stage and think, am I accidentally going to play that bridge again? Ya know…that type of thing…

Warren: Yea, I like that (laughs)…I don’t mind that.  That bridge might need to be played again and you just then figured it out.

Jennifer: Is your Blues album, “Heavy Load Blues”, one of the more proper Blues albums that you guys have done together?

Warren: For me, it’s the only really traditional Blues album that I’ve done.  I really wanted to make a Blues record and not a Blues-Rock record; I didn’t want it to sound like a Rock band playin’ Blues. I wanted to sound as traditional as possible but still have the Gov’t Mule personality. For us, there was a definite procedure involved, a definite line we didn’t wanna cross…but we get close sometimes.  Like the version of Howlin’ Wolf’s, “I Asked For Water” is pretty heavy, it’s the heaviest song on the record. But then there’s “Heavy Load” and “Black Horizon” that are stripped down, acoustic and very traditional. And there’s all the stuff in between- cleaner, vintage guitar sounds, old amps, old guitars. We had a bare bones set up and everything was live and we would record late at night, which is the way you should do Blues. All of that added to the vibe.

Jennifer: What else is on the horizon for Gov’t Mule?

Warren: We recorded two albums at the same time, the other album which is going to come out early 2023 is more in line with what people would expect from Gov’t Mule; it’s unlike anything we’ve done, but it’s more like the follow up to “Revolution Come… Revolution Go”.  That’s how we spent our time during the lockdown: making two records. I spent a lot of time writing and when we were finally able to be around eachother, we spent a lot of time in the studio and made these two records- both of which I’m extremely proud.