In 2014, Nevada approved the regulations for legal cultivation licenses, and with that, FloraVega was created as a 100% locally owned entity.  The ownership consists of successful Nevadans that include an owner of a local commercial dry cleaning service who provided expertise in everything about clean water and wastewater, the owner of the largest moving […] 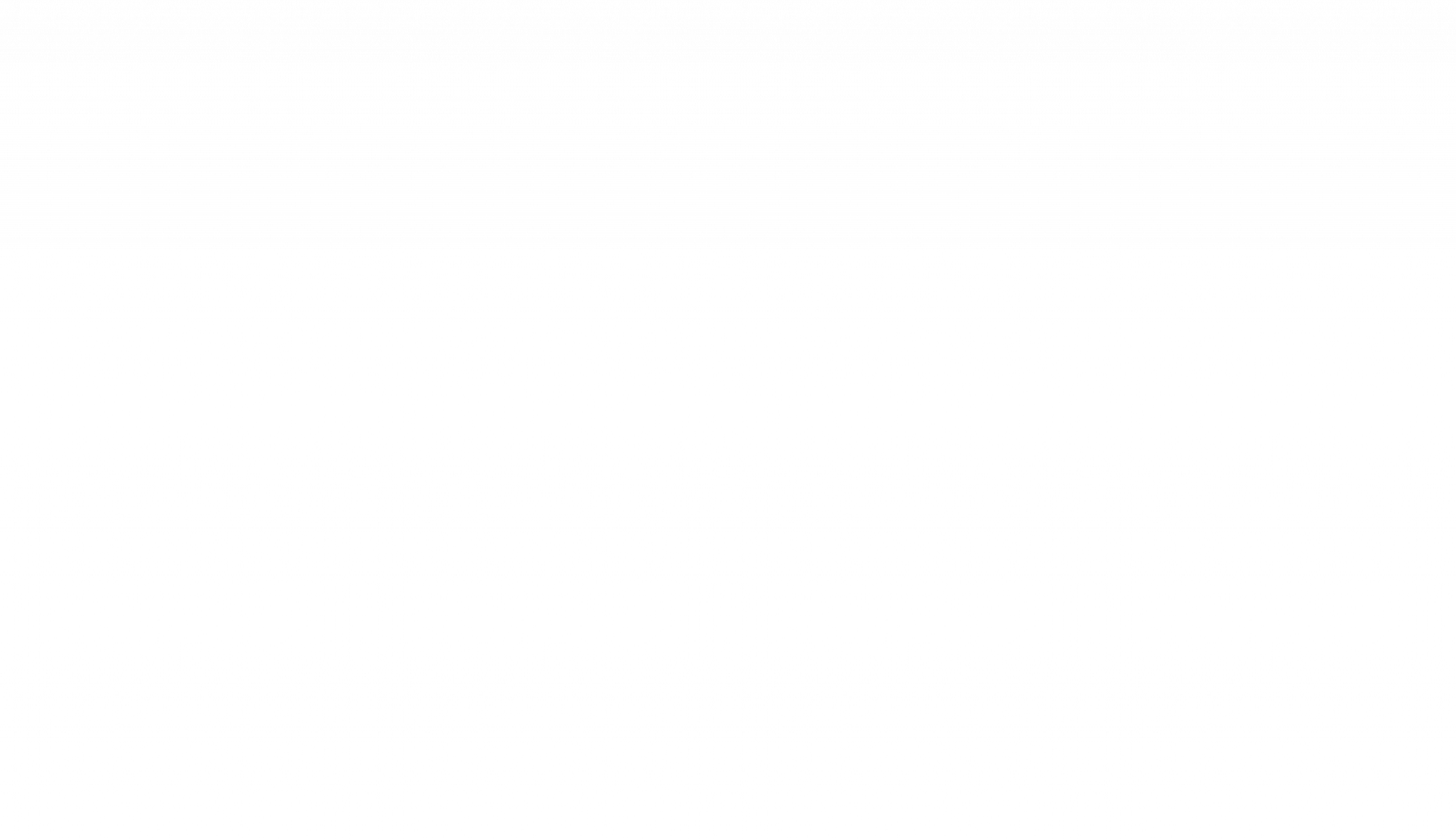 In 2014, Nevada approved the regulations for legal cultivation licenses, and with that, FloraVega was created as a 100% locally owned entity.  The ownership consists of successful Nevadans that include an owner of a local commercial dry cleaning service who provided expertise in everything about clean water and wastewater, the owner of the largest moving and storage company in Nevada, a casino executive of over 30 years that understood and appreciated a regulatory industry, and a few local attorneys.

The idea of growing cannabis indoors and becoming one of the first approved cultivators to open in Las Vegas seemed like a great idea at the time as many flocked for the licenses and started to build their indoor facilities.  FloraVega hired professional cultivators with experience in building and running successful facilities in Colorado and other states, as most of the pioneers in this new industry did. What transpired next was a surprise to all as no other state implemented the stringent testing that Nevada came to adopt.  The first cultivators to open were the risk takers of the new industry, and as with anything not done before, it became a learning experience which many did not survive.

FloraVega was founded with one overall goal, to grow the best product possible for a fair price that would create great value for all that lived, worked and visited Nevada.  After all, with 100% of ownership being local from Las Vegas, the company wanted fellow Nevadans to be proud of what would be offered and sold. The company also wanted employees to feel valued and happy so they included healthcare for everyone that was employed full time, which was rare in this new industry.

FloraVega decided to hire the best cannabis consultants that were offering their services, and as they believed they had, planned to learn from them and quickly develop a strong local team.  What no one expected in the industry was the initial testing criteria developed by the newly formed local labs and adopted by the state to be so stringent and unforgiving. It was obvious that Nevada wanted to lead the nation in cannabis testing standards and develop the same high standards that the state was known for in the Gaming industry in order to set an example for other states to follow. Some of this testing even included failure for beneficial bacteria that could be found on lettuce in a grocery store, all in an effort to ensure the market provided the cleanest possible cannabis to consumers.

Adaptation to the climate of Nevada was a challenge that many cultivators faced in outfitting their facilities. Cannabis had not been grown at this scale in this environment before. Most cultivators adapted and had to modify their facilities and FloraVega was no exception, the initial budgets for construction and improvements more than doubled into the millions as they built out and retrofit the 42,000 sq. foot cultivation. Nevada’s initial program was medicinal only, and the number of people that chose to get a medical card was extremely low compared to the potential forecasts. With Nevada lab tests costing $400 for every 5 lbs tested, state and city taxes applied and dispensaries marking up the price to cover their high expenses, it was still extremely costly to the end consumer compared to what the black market was offering for years. The alternative was an untested and potentially harmful product that had no regulation or oversight regarding pesticides or nutrients and other harmful products that a consumer might be using and no taxes to pay on either end.  Coupled with low participation in the medical program, there was an oversupply of what was growing to what could be sold.

This turned out to be an opportunity for FloraVega to retrofit the facility and create a perfect environment, add a few million dollars of improvements, and refine strategies to ensure they would be one of the mass brands to create a loyal following.  FloraVega wanted customers that would grow with them as they developed and be part of something happening and evolving that would be fairly priced and always striving for the best.

As the market started to consolidate with many large international public companies purchasing approved licenses of cultivations, dispensaries and production companies (oils and edibles), FloraVega continued to reinvest and improve the growing environments and quality of the product.

FloraVega has had the help of several dispensaries that stood by them through the test of time, Sahara Wellness, Inyo, Showgrow, Top Notch, Nevada Wellness Center, Releaf, Thrive and Euphoria are just a few. The relationships developed have been invaluable and enabled FloraVega to refine the product and continue to adapt with the new technology being developed to grow quality cannabis.

FloraVega’s philosophy was to never stop learning, as they contracted with several growers from other states with specific knowledge that would help produce the best value in the market for sale.  As with any new industry, there will be lots of movement within the industry of master growers and other key personnel, and FloraVega was always looking to improve its operation and products. Each past grower has played a part of the FloraVega evolution and as they have learned from mistakes, Floravega strives to continue learning, growing and evolving.

The director of operations is one of the most important people in a cultivation and as the FloraVega ownership learned, the culture of the company and the ultimate success would rely on the key management and its employees- the crew members.

As recreational cannabis was approved in the State, new cultivators sprang up who had received licenses but never built their facilities.  As demand for the product went up, so did the quality of FloraVega as they changed their logo, standards and processes.

FloraVega has come a very long way but what is more important is where they are going and what they are doing to continue growth, quality and implementation of successful strategies.

With Nick Puliz, A Bishop Gorman High school graduate, being the General Manager from the beginning and was the project manager for the design and buildout experiencing it all, good and bad, Floravega will not make the same errors as they have in the past and remember humbling lessons and loyal followers. FloraVega then focused on its marketing and sales force, which included John Tegano, a Bishop Gorman High graduate, from the beginning and Sam McAdam, an import from Maine with a history in medical cannabis. Together, they oversee dispensary sales, marketing, brand development and relationships with customers and the community.  Not long after they added Matthew Santo, who recently graduated from UNR and oversees social media and other marketing efforts.

It is with great pride that FloraVega can formally introduce David Lloyd as our new Director of Operations and head of cultivation.  David has been in the industry for over 17 years, starting in 2002 in Chicago working in the retail hydroponic industry while growing his own cannabis at home. He is no stranger to cultivating in Nevada as he was the original head of operations for the premium brand Cannabiotix and is highly regarded in the industry.  David joined FloraVega in December 2019 and his positive impact was immediately evident as employees started to experience the positive work environment and learn new techniques for cultivating operations and processes. FloraVega immediately progressed to a point that the whole team is seeing stronger, healthier plants, more trichome density, vibrant colors, more specific smells, higher terpenes and a better experience overall for the end user. FloraVega is already getting kudos from existing partner dispensaries and customers as the quality continues to improve at a rapid pace, and it is only the beginning.

Over the last year, FloraVega has reinvented itself with a new bold logo, packaging and new products. With prerolls becoming a larger market for the dispensaries, the quickly popular 20 Somethings and 30 Somethings were launched in late 2019.  With THC percentages becoming important to consumers, FloraVega decided to introduce prerolls made from 100% flower and grouped by THC tested percentages, any flower that tested from 20-29% were sold under the 20 Something brand, and all flower testing above 30%, which is not the majority of flower sold,  would be the 30 Somethings brand. This would take the guesswork out of what people were buying. FloraVega also started to color code their labels, with Red being Sativa strains, Purple being Indica strains and Green being hybrid strains. Everything the company did was with the end user in mind, to help make their decisions easier, to give them what they wanted and to take the guesswork out of the purchase.  FloraVega also developed the 4grammer, a special that will be offered at various times of the year. Atypical packaged 1/8 is usually 3.54 grams, the 4 grammer is 4 grams at the same price as an 1/8th, a ½ gram for free to show appreciation to loyal FV customers and dispensary partners love it as well.

In the near future, as they build out specialized and technologically advanced growing rooms, FloraVega is developing a new Premium brand of highly curated flowers grown in small batches that will only use the finest nutrients, specialized growing techniques and methods. They plan to deliver the best value in the top shelf market, complementing the current FloraVega brand as the highest quality and value in the mass market category.

FloraVega has also been very active in the local community, in 2019 FloraVega partnered with Las Vegas NORML and their Access for All program. This program provides medical cannabis at a large discount to patients who do not have the means to access it regularly. We have also collaborated with local non-profit organizations like the Ink Ribbon Foundation, the Las Vegas Endo March, Project Uterus and UNLV Athletic fund. As a locally owned company, FloraVega strives to make a positive impact and looks forward to continuing partnerships with local organizations to make a difference.

With Nick , John, Sam and David’s leadership and skill sets, their caring and dedicated employees, past and future loyal customers, and FloraVega’s continued emphasis on quality and value,  FloraVega is truly excited about what the near future holds. It’s getting better all the time.