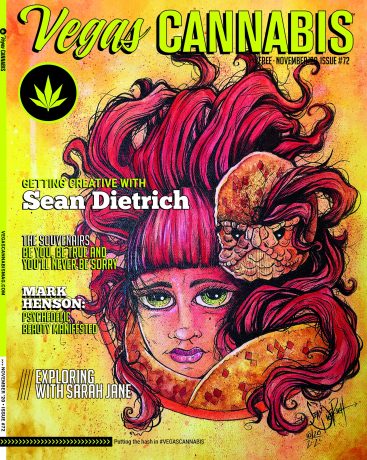 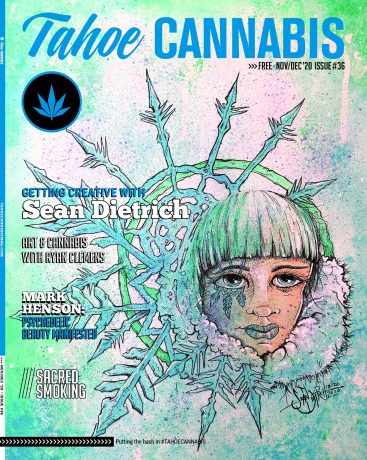 By: Shwa Laytart   His work is described as visionary, cosmic, futuristic and sensual, with a depth and intelligence seen in only a handful of psychedelic artists. Mark Henson may very well be the most important artist of the 21st Century, and if we stop and listen to what his art has to say, we […] 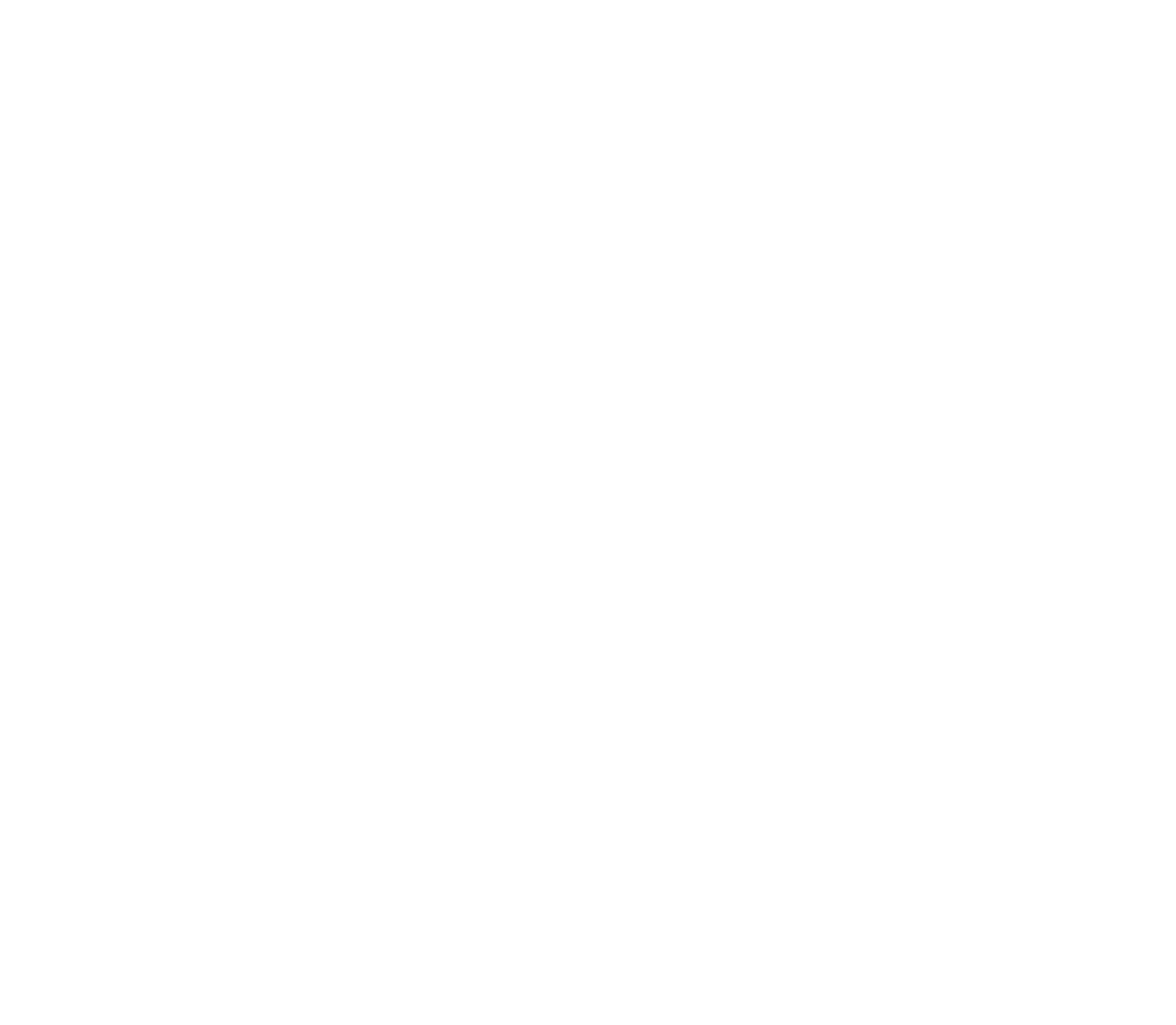 His work is described as visionary, cosmic, futuristic and sensual, with a depth and intelligence seen in only a handful of psychedelic artists. Mark Henson may very well be the most important artist of the 21st Century, and if we stop and listen to what his art has to say, we just might make it to the 22nd Century.

Born in the 1950s Golden Age of Capitalism in Northern California, Mark Henson was your typical suburban teenager of the 60s. There were places to ride bikes, catch frogs, and build treehouses. Henson was always seeking out “weird stuff” to get into. After graduating from UC Davis with a degree in Fine Arts, he packed up his van and made his way to a rent-free garage in Isla Vista, a little college town near Santa Barbara, California where he lived, painted and began showing his work in a couple of cooperative art galleries. His work now hangs alongside other contemporary artists like Alex Grey.

Mark Henson: Well, think psychedelic sex or cosmic sex. Pornhub sex, while fun and interesting… There are other levels. Once you’ve experienced some of those other levels, the other stuff isn’t quite so thrilling. I like to have sexuality in my pictures, but I don’t want to be crude or crass. I want it to be graceful and beautiful in some way. That’s why I usually have my figures in nature, and nobody is tied up or anything like that. I think more of the natural pleasure, the gift of the Divine. Rather than stuff we make up because we’re not quite satisfied. If you look closely, you rarely see any kind of what you might call “hard core” parts to my images. It’s actually interesting, I’ve had people get really mad at certain pieces they consider nasty, when actually nothing was showing. When you disguise your lovemaking as trees or the sky, it helps a little.

SL: Now you once said- “My sincere wish is to tap into the Divine Source of Being, to Consciousness, to Spirit, or whatever you may call it, that place where existence comes from, and to bring into visual reality images manifesting the knowledge revealed while in this presence.” So my question is, what’s your favorite psychedelic to use?

MH: Well, the one that has probably worked the best for me over time is good old LSD. I’ve tried a lot of the other ones and they’re nice. Mushrooms are probably my second favorite. I’ve had some experience with some very fine high quality 2CB from Sasha Shulgin that was very nice. When I was in my teens and twenties, I tripped a lot. So the early stages of my psychedelic experience, where you might go to a rave or Grateful Dead show or something, that was familiar territory to me. Then later I discovered what bigger doses were all about. Somebody gave me some really good [LSD] my last year of college and I took a good amount and I got to a whole other level. So then, if I was going to have a psychedelic experience, I wanted to go to that extent for the most part. It’s been a lot rarer since those days. I mean, I don’t do it very often. I did take enough of those more intense trips to see what that world was all about as well. Nowadays, everyone is all into DMT, it’s kind of a similar place. You don’t know if your eyes are open or shut or if you’re alive or dead, really. That kind of stuff. You just have to kick back and see what comes to you.

SL: Yoga has been a big part of your life too. You can get to certain psychedelic levels through yoga and meditation. I was wondering how that has carried out throughout your life?

MH: Kind of in the reverse. When I was a teenager, I found out about yoga, what a swami was, and a guru. I probably got intrigued by George Harrison and the song Norwegian Wood, where he had this weird sounding instrument. So I went out and bought a Ravi Shankar record and I loved it. I thought I might as well learn a little bit more about India; and there was a Borgata Center not too far away that I could ride my bicycle over there and go peruse their library. They had books on, Do It Yourself Yoga and stuff so I would borrow a couple of those. Or go to a bookstore once I knew what to look for. A friend of mine from L.A. told me about the Autobiography Of A Yogi by Yogananda. I read that. Some of the do-it-yourself yoga books intrigued me. I read in the San Francisco Oracle one time by Swami Satchidananda that started the San Francisco Yoga Center, about how to open your chakras and some very simple basic meditations. So being visually orientated, I thought I would open my third eye chakra, so I tried out his plan and yeah, it kind of worked. This is before I had any weed or LSD or any other stuff. But trying to get to that space of mind once again became impossible because it would become so exciting that as you’re approaching the zone, as you’re approaching light speed, your ship falls apart. [laughing] And then you’re back to square one and got to start over. Which, any well-practiced zen person or yogi is going to tell you, ‘Of course, you idiot, it’s going to take you a lifetime to master this.’ I realized that then, and I was willing to do that, but then I discovered weed and LSD. Those got me there in a really thorough way, where I didn’t have to work quite so hard, I guess. That didn’t mean that I would abandon yoga or yogi principles, or meditation at all. I continued to study these things. I’m not a practitioner of any sect or anything, but understanding how they work and putting them to use when needed is very helpful.

SL: That’s similar to Robert Anton Wilson’s story. He got into meditation, then found cannabis and said it was an instant meditation.

MH: Well kinda. LSD is what really got me there more than weed. But it’s also good too. Weed is good for letting your ideas and your mind just drift and seeing what comes up. You can put those ideas to use, artistically. LSD was better, once I figured out how to use it, to see how the universe works.

SL: You’re a believer in the eternal party for peace and that people need to come together in physical spaces, to make eye contact and hug, and to celebrate everyone’s creativity. In these times of quarantine, what are some of the best ways for us to continue the eternal party of peace?

MH: Well, we do have at the moment Amanda Sage, one of my compadres artists, who has organized a thing called “The Non-Stop Vision Train Art Jam”. This is going on 24/7. She started up right as the lockdown thing started kicking in. She got it organized. You can go to their Facebook page and join their group. Once you’re approved, you can scroll down on their page, find their schedule and Zoom meeting codes so you can join in their meetings. They’ve had two to three hundred people logging on at a time. At any given moment around the world, someone is painting somewhere. So you can log on and see who is doing what and have a chat with them. Show them what you are doing or talk about techniques or any old thing. Sometimes there are 30 or 40 people painting at once where it’s a rolling conversation, or maybe somebody is a guest musical performer or DJ who will come on and entertain people for an hour or so while they’re painting. Some people give little lectures or workshops, which I’ve done a little bit of, as a guest artist. Or give an interview like we are doing now, but live for around the world with other people watching. That’s one of the ways that we got on right away. It isn’t of course as good as a real festival, but on the other hand, it’s kind of an instrument in its own way because you’re seeing everybody in their work space. And I’m always intrigued at seeing artists in their work space, at home, what their studio looks like, what kind of mess they live in, what kind of weird things they have hanging around their shelves, all that kind of stuff. You can also get a little more one-on-one, unlike many of the festivals where the next band is coming up and they gotta go or the stage is too loud and I can’t hear you anyway so let’s just smile at each other. Or you go to the festival and you see that person once a year…it’s different though. We all want to get the festival world back together, of course. I don’t think the disease will be around forever. We’ll see. Being an old guy, I have to be careful.

SL: The one piece that you did that pretty much sums it all up for me was a painting of yours I fell in love with back in the 1990s, The March of Progress.

MH: Well, you know, they haven’t gone out of style… The subject matter has stayed pretty true. So my theory of not getting too topical has worked out, mostly. Right at the moment, what I think is the biggest challenge to humanity, the survival of our species is all the ecological damage that we are doing, and how to reverse that. In my heart of hearts I’m like, let’s give the trees and animals a break. Maybe the oceans will come alive again. Part of me is very concerned about how seriously we are going to damage our world and how well humanity is going to survive from whatever mess we make out of it. We don’t seem to be smart enough, to get together quick enough, to solve our problems.

When art historians look back on our era, Mark Henson’s body of work will let future generations know how Social Darwinism brought on mass destruction. However, there were also progressive movements happening and there were people who were visualizing and consciously striving to create a better world. People like artist Mark Henson.