By: Jennifer Walker   JW: Let’s talk about your band name, The Souvenairs… P: Well we kicked around names for a few weeks..naming your band is the silliest thing because there’s so many options. You come up with 200 great ideas, some are ridiculous, some just don’t fit, and then you whittle it down and […] 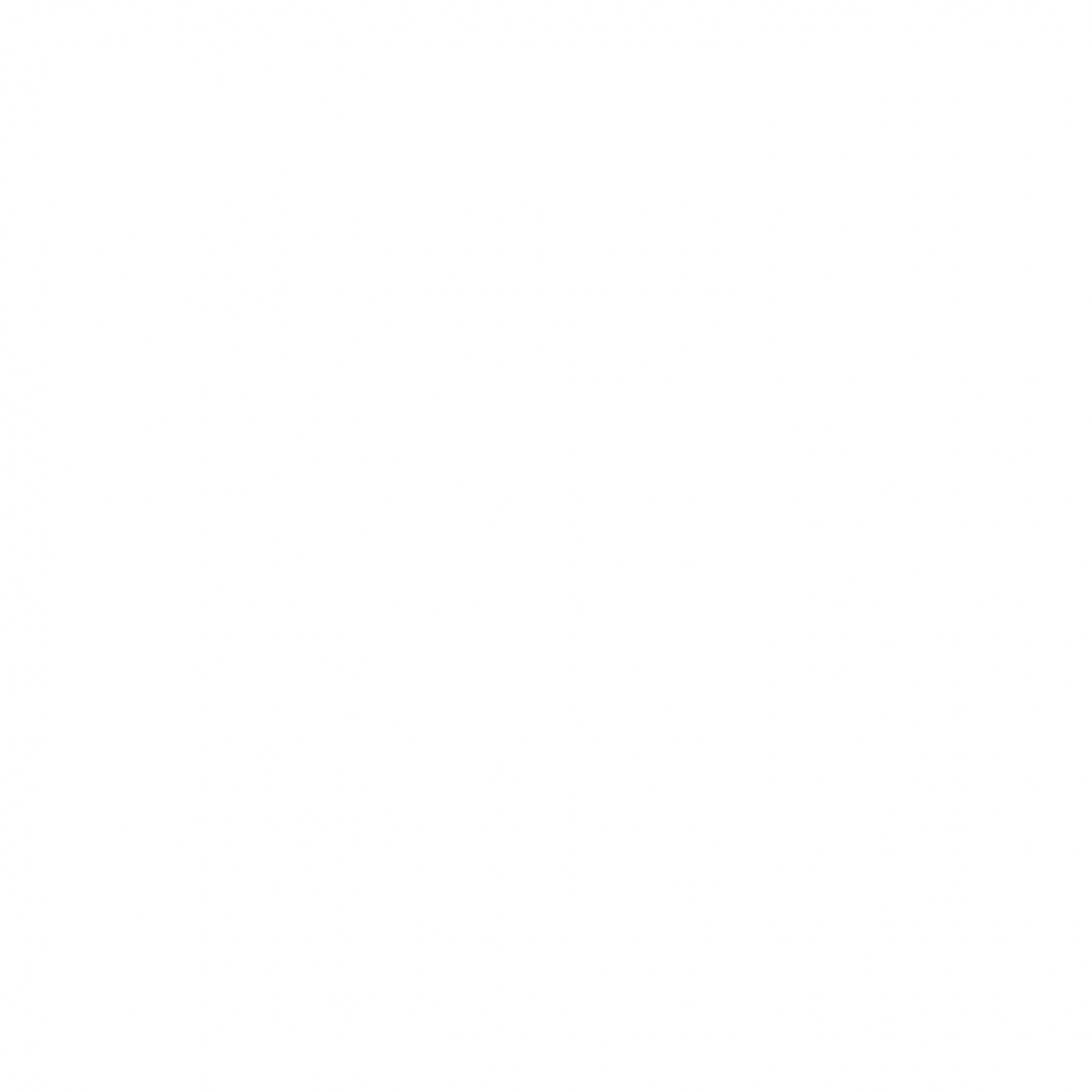 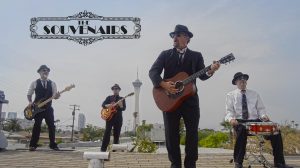 JW: Let’s talk about your band name, The Souvenairs…

P: Well we kicked around names for a few weeks..naming your band is the silliest thing because there’s so many options. You come up with 200 great ideas, some are ridiculous, some just don’t fit, and then you whittle it down and then it becomes 10, then 5, and then you finally have it.

R: Ya know, we’re from Vegas. Souvenirs are everywhere, you see signs posted all over the Strip advertising, and you think of Elvis and The Jordanaires…we’re the “Souvenairs”… that same kind of flair.

P: I’ve had a lot of band names over the years, and for the same reason, I’ve always wanted one with “airs” on the end. Truly, it’s not Vegas-specific, but it kind of is in a way, if you know what you’re talking about.

JW: As the Souvenairs, how long have you all been performing together?

R: Me and Pablo have been playing together in bands for 20 years. Me, Brahim and Mike had played together in a few other bands for years and years, as well. Paul moved back to Vegas after living in Utah for a while, and while he was living out there, he was listening to a lot of old jazz music. He would sit there and learn those chords and he learned all of this great old music that nobody else is doing, and once he got back to Vegas, it took about a year for him to teach me how to properly play this stuff. This was all new to me, we’re from the hardcore Punk Rock scene, so this was something different. We practiced for a whole year to get ready to go out and perform this music.  We performed our first gig at The Golden Tiki as The Souvenairs, and then COVID happened the next day.

JW: You guys were one of the first Facebook Live stream full band performances that I recall from the beginning of the COVID-19 statewide shutdown.  You were really quick to act and get onboard with the online live-streaming thing…

M: Yes, we did a few live streams as a full band and they were great.  Once we had done about 15 or so of these types of videos, I thought it would be a good idea to get outside and start enjoying some of the amazing backgrounds that the city has to offer and start to make movies of a higher quality.  The whole band has been wonderful in terms of contributing and trying artistic ideas.

R: It was all done with iPhones and iMovie…we would just film ourselves and then we’d pass it along to Mike who’d piece it all together.

M: We’ve gotten a great response from people around the world who have watched our films and enjoyed our music.  It’s given us an opportunity to artistically grow in a way that had this COVID shutdown thing not happened, we might not have taken this opportunity.  Now we exist here in this audiovisual realm as well as (eventually) performing live in front of audiences again.

JW:  As far as everyone’s outlook during these uncertain times, how has COVID personally affected you?

R: I’ve actually had it the easiest since my job (at a dispensary) is considered essential. Unfortunately, everybody else was put out of work. Especially the full time working musicians of the band, I mean, it’s been rough. One thing that’s bad about our state right now is that they are screwing the people who make this town special- it’s the entertainers and the musicians and the dancers and the stagehands who make this town what it is, that’s why people come here.  The state has turned their back on these folks, gig workers, and it’s horrible.  But the one good thing that’s happened is it’s given people time to look inward and find the good, find inspiration in the things around them.

M: Creativity speaking, with these guys, has been a renaissance. I’ve seen them do great things, grow as musicians. I think about all the spotlights of things and people, opportunities that have lept to the surface and shown themselves to be very helpful during this time.

B: A lot of true colors coming to light this year.  No fakin’ the funk!

JW: There are artists out there who are mentally, physically and emotionally struggling right now due to the forced isolation…

R: When you show up here for band practice, there’s usually a sandwich waiting for you, there’s some honey water or a vanilla soda, a good joint (of course)…we’ll listen to some other music that I found during the week, some old timey Jazz or something, or someone will bring it in…it’s like a community that’s established even before we start playing music.  A comradery exists.

JW: You guys are the four core members of the band, but I know from time to time you have guests who sit in and add their musical talents, as well…

R: We just happen to know a lot of really talented people. Vegas is like that.

P: We know a lot of great players, friends…and there’s not a lot going on for folks right now so when they participate in what we’re doing, it’s a cool thing to do.  I love having friends guesting on songs and hopefully we’ll have live gigs when that will happen, too.

JW: Your throwback musical style is unique.  What is it about the Jazzy, Swingin’, Big Band style that appeals to you guys?

P: I grew up with a lot of that stuff. It’s the music that a lot of our folks listened to when they were growing up.  Coming up in the Punk Rock scene, anything deemed old and cool we were looking at like, old cool Country (not the new stuff). I started listening to a lot of that.  Underground cats, they know all about Louis Jordan and cats like that.

R: Sure, I mean, Louis Jordan…that was the Punk Rock of its time! It was wild music that your parents wouldn’t have wanted you to listen to…

B: Yeah you couldn’t listen to that stuff, it was too wild!

JW:  Alcohol, “loose women”, carousing, I can totally see that being controversial…

P: A lot of it is very “blue”… about weed, or cocaine, or sex.  Some of the stuff we’re doing too, there’s substance there, there’s things to learn.  It’s interesting and fun, different, challenging to learn.

R: But you had a good teacher. Pablo’s father was a music teacher here in town…

P: Yes, my dad was a band teacher here in Vegas and a musician.

R: There’s some Vegas history here too, we used to get drunk after Punk shows and go watch Sam Butera perform down at Sam’s Town…

P: That’s right!  We once went to a Punk gig and then saw Billy Eckstine downtown afterwards.  There’s a history here with Jazz and Punk and old Vegas stories…we come from all of that.

JW: Cannabis is a big part of your life Rob as a regular consumer, cannabis advocate, contributor to this magazine and working in a dispensary.  Does cannabis influence The Souvenairs sound and aesthetic?

B: I mean, historically, a lot of these old Jazz type songs were written under the influence of cannabis.  I love weed!

R: We’re not necessarily a “cannabis band”, not everybody in the band consumes all of the time. I personally do, though (laughs)…so since I do, we maybe get booked at some cannabis-friendly events or our videos get shared representing a cannabis-friendly community or event.

P: We cover the genre or the combination of genres that we’re doing and some of the songs happen to be about weed.  Some are about love, or alcohol, so there are a lot of varying topics covered with this type of music.

R: I’m going to have to say it would be a hybrid, it would be something nice and fruity crossed with an O.G.  We’re playing organic music, why shouldn’t we have our own organic Souvenairs strain?

JW: Are there any songs that you’d like to perform that reference the “Jazz cigarette”…

R: Well there’s some we already do…Cab Calloway (we’re huge fans), and a lot of his songs have cannabis references. We play a lot of those songs…

P: The material is there.  A lot of the folks back then smoked pot and wrote songs about it

B: Fats Waller talked about it in “If You’re A Viper”…

M: A lot of these songs, the references are implied without the lyrics coming right out and saying what they’re about

P: Our setlist usually contains a few songs about weed…

R: But one thing’s for sure- if you ever go hear us play, you can guarantee that I will be high!

JW: What plans do The Souvenairs have on the horizon?

R: We’re going to continue doing everything we can as things allow.  If things open up and they’re safe for us to go play, then we’re ready for that. If not, we’re just going to keep learning more great songs, we’re going to keep making more videos, I’m gonna keep printing t-shirts and masks and kazoos…all kinds of fun things!

M: We have a whole schedule of films and songs and things that are going to go into the new year

P: All those great things that happen when you’re forced into this situation (pandemic/quarantine) what we’ve been doing, getting our merch straight, all these great videos, recording, coming up with new ideas- these are all great.  But the no-gig thing is devastating. It’s difficult. Gigs are what it’s all about. But if there’s a will, there’s a way!

R: Just keep holdin’ on, everything is gonna be just fine.  We always get through things, we’re humans, we’re musicians, we’re artists- we always find a way.  We will find a way.

P: If you are a club owner that has a stage with a back entrance I will get my screw gun and some clear silicone, and we’ll get some plexiglass, and we’ll make it so that you can have live music again.  Call me!

B: Be you, be true, you’ll never be sorry. If anything has been shown to me this year, it’s how vital honesty is. It’s the simple interactions, just like this, that matter the most.

M: I have three words: life goes on.

The “real live human people” who are The Souvenairs: