Over the course of a year, cannabis has seen more growth than most would have originally imagined. Our favorite plant has made waves, not just as a niche, but politically and culturally as well. As we end one decade, cannabis is rolling into a pivotal point for the next. Also rolling to an end, the […] 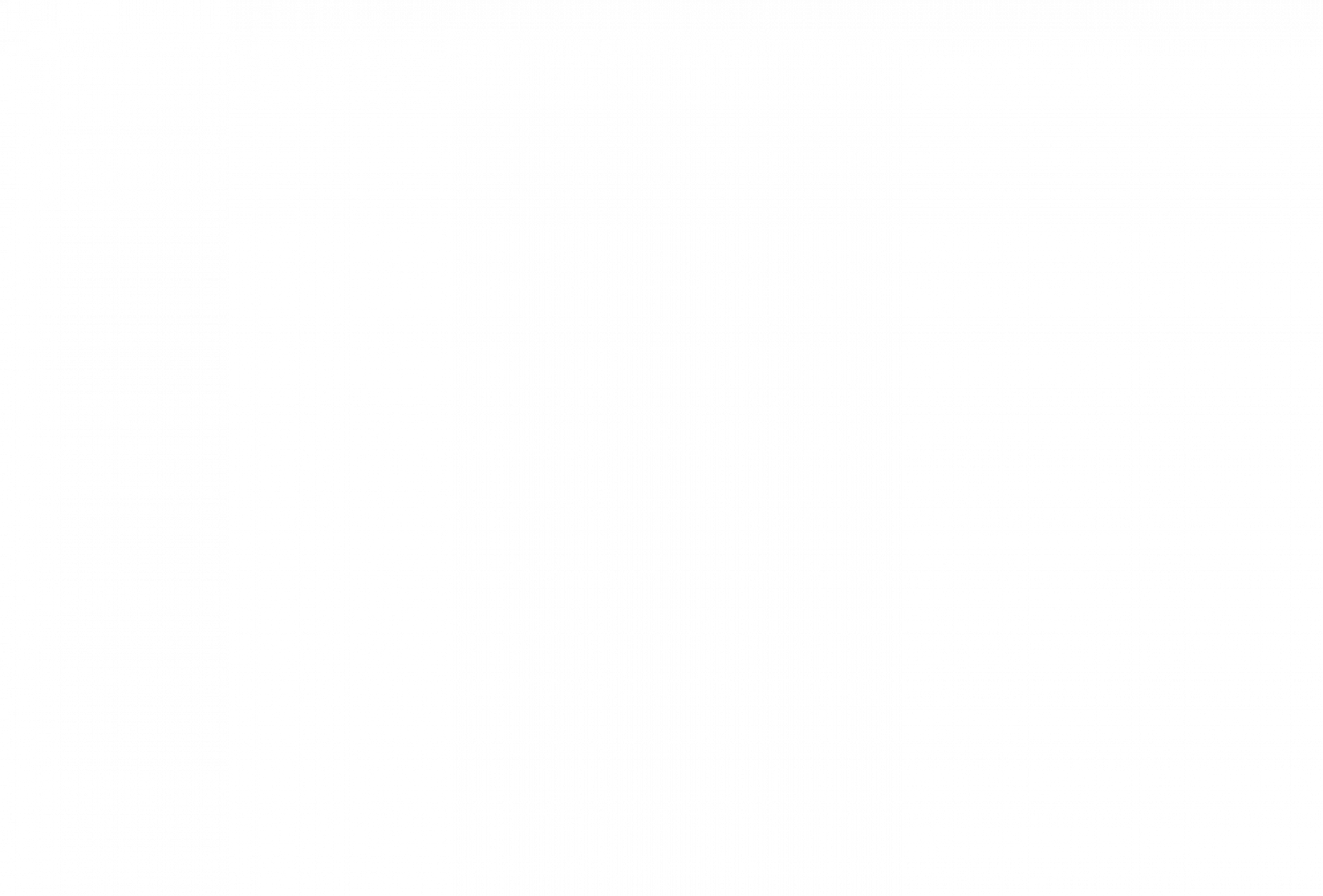 Over the course of a year, cannabis has seen more growth than most would have originally imagined. Our favorite plant has made waves, not just as a niche, but politically and culturally as well. As we end one decade, cannabis is rolling into a pivotal point for the next.

Also rolling to an end, the massively successful Culture & Cannabis event season. Garnering the title of “Best Cannabis Event in Las Vegas”, the show ignited a sense of community within the city. While a sense of community can be commonplace in other areas, Las Vegas is not your ordinary city- a community vibe can sometimes become lost or overlooked. Culture & Cannabis has strived to regain that comradery and serve as a platform for known (and lesser known) brands. Given the tricky world of cannabis advertising across the nation, it’s no wonder that this platform has gotten so popular. As things in the political and social spectrum move forward, keeping the grassroots nature of our industry is important. Culture & Cannabis does everything to foster that specific connection while uplifting those brands and individuals. 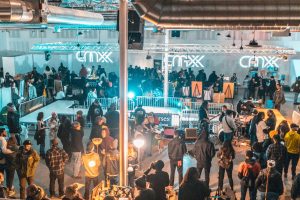 As its 3rd year of operation wraps up, the event and the media company are setting their sights even higher. With aspects tying into education, entertainment, and empowerment, what could elevate the media company even more? A new event experience, as well as a collaboration with Kenton and Solaris Farms in the new year, propels Culture & Cannabis into a new cannabis arena.

A Dank Combination
It’s no doubt that over the last three years, Culture & Cannabis has grown into a local favorite event. Every month, it draws thousands of stoners and ‘green’ supporters to The Downtown Grand Hotel and Casino. Just the same every month, Culture & Cannabis (C&C) has amassed a loyal following over time. As we wrap up the end of a monumental year for C&C, we’d love to look back at the event’s continued celebration of all things ganja.

As the show experienced its highest attendance yet, it added a fashion show and a more interactive setting than it had during its earlier events. With fashion presented to attendees by Omni Models, the highlighted various merchants and creators within the industry were on display for all to experience. Models strutted the Citrus Pool deck with custom designs from Maryjane Runway and Creole Bombshell, just to name a few. All the while, the main-stage held performance acts from near and far. Local favorites like The Sober Junkie, Philip Wolf and D Diamonds made recurring appearances throughout the season. Newcomers such as Nikki Paige and Jalen Young were also welcomed. To close the season, Texas born rap legend, Mike Jones, took to the stage with a dope performance in front of a packed audience. Regardless of who stood front-and-center, the vibes ultimately brought
everyone closer.

With all the growing cannabis ventures, those within the physical arts deserve their shine, too. Art has always been a part of cannabis. Nearly every aspect of art and entertainment has a few entries created with cannabis as the muse. The original roots of Culture & Cannabis start deep in the Arts District and, despite moving around, art has remained a focus. The Artist Alley is now handled by Guerilla Culture who supports art with no boundaries and no restrictions. The area features everything from Space Age rolling trays to wall-length art pieces inspired by our favorite green plant.

“Not only are we elevating our events and releasing products in 2020 we are also dropping tons of valuable knowledge on our podcast every week”
-Anthony Lee, Culture & Cannabis

In addition to spotlighting the best of Las Vegas cannabis, C&C’s main focus was adding value to the industry. Over the course of 2019, Inspire Lounge hosted the monthly Culture & Cannabis vendor mixer. Every week, days before the main event, industry professionals and hopefuls would get together. At another monthly event, movers and shakers discussed their struggles and accomplishments in the pursuit of business. Most came from a long cannabis background and others were new to the game. Either way, their stories and words of encouragement were the perfect combinations to a sesh. If you were looking for a cannabis “who’s-who”, or just a little savvy business advice, the Vendor Mixers were the place to be.

Outside of the mixers, however, the rooftop Citrus Pool at The Downtown Grand was the venue for the year’s events. Considering the current laws that prevent the casino industry to get involved, as well as the negative stereotypes that sometimes casinos acknowledge and perpetuate, the venue is pivotal. Though it may be some time before you can get a budtender while you gamble, the small steps toward progress are well worth it. Let’s just hope that public consumption for the rest of the city comes quick!

A New Experience
The next season is keeping the vibe alive, promising an even bigger experience for the Las Vegas cannabis community. In 2020, however, it’s not just the events that are getting better. As the industry elevates to a new plateau with its political proceedings, the limits of cannabis fall away. This year, Culture & Cannabis has announced its partnership with Solaris Farms. They will produce an all-new brand of cannabis, making the first event a full product launch party with musical performances by Paul Wall. The season ended on a high note but, there’s no reason not to keep it going. Culture & Cannabis wants to elevate your consumption to a whole new experience. As a company made by the people and for the people, it’s only natural to give ganja back to the people. Teaming up with Solaris Farms helps them provide the market with one of the best products available!

Solaris offers technological-driven results and integrity towards the community, all while providing indoor-quality at economic pricing. With this collaboration, the two companies hope to bridge the gap between the community and the business side of cannabis. This way, they can create a more open and transparent industry. Together, they hope to create an easily-accessible brand propelled by true cannabis-culture and true cannabis-users.

Culture & Cannabis’ partnered products with Solaris will include three different-sized products, in pre-rolls and full flower in half-ounces and ounces sizes. All priced to reflect the market, as well as the active cannabis audience, these products will be available before the start of Culture & Cannabis 2020.

Solaris Farms
Like C&C, Solaris Farms keeps community priorities as a pillar of its foundation. Solaris Farms was developed based on best practices from around the world to sustain optimal conditions at scale in extreme climates, such as the one in the Nevada desert. To meet the high demand of the Las Vegas market, the cultivation is designed to be a dynamic, scalable, and replicable greenhouse model for cannabis cultivation. Aiming at being the largest producer in Las Vegas.

“Everything Solaris is doing aligns with our community driven brand and their growing model is perfect for getting exceptional cannabis to the culture at a great price.”
-JC Coats, Culture & Cannabis

Sustainability leads the way for this particular brand. Realistically speaking, it has to be, in the desert climate of Nevada. With the dry environment, numerous ‘scorching’ summer months, and prolonged sun-exposure throughout, growing consistently well is not an easy task. To compensate, Solaris uses a unique combination of technology and growing techniques from around the world. So, obviously, their growers are some of the best and most technologically savvy. Ensuring that all available resources in the 12 acres of hybrid greenhouse space are used responsibly, a deep understanding of both aspects is imperative.

Cutting down on production costs is one of the best ways to stay profitable and sustainable in said environment. Solaris built their massive 300,000 square feet site with green-practices so that their strains remained the most effective and efficient in the Las Vegas valley. In staying sustainable and high-quality, all of these attributes play a vital role. This way, Solaris can produce cannabinoid and terpenes rich profiles with consistently high THC counts. All the while, their production efficiency creates a robust catalog of products that don’t have the luxury cannabis pricetag.

Culture & Cannabis Presents
Culture & Cannabis and Solaris are eagerly awaiting for consumers to experience their new products. Though the event does not allow public consumption at this time, that changing climate previously mentioned could shift with the new year as well. Hopefully, as the laws change in favor of open cannabis consumption sooner than later, the collaboration will bring even better additions to the Culture & Cannabis shows.

Over the course of the year, C&C has proven that it is well worth the title of “Best Cannabis Event in Las Vegas”. Only time will tell how the new year will play out for cannabis. In the event and media company’s case however, the future is much less hazy. Culture & Cannabis is sparking up something big for the entire industry. Though there may have been some hiccups in the road, cannabis always finds a solution and so does the community!

Despite all adversity, Culture & Cannabis strives to be the best. Just like those who led the way decades before, activism and community empowerment never ends. As they open doors for more industry outside and inside Las Vegas, they are setting out to create an impactful experience above all else. In the span of 3 years, it has grown into the staple cannabis event in Las Vegas!