By Sharon Letts It’s easy to say, “Eat your fruits and vegetables!” to bolster your immune system. But, what if most of the produce we eat is tainted, genetically modified, or grown in soil laden with toxins and water with an equally damaging profile? More than 25 years after the groundbreaking film Erin Brokovich was […] 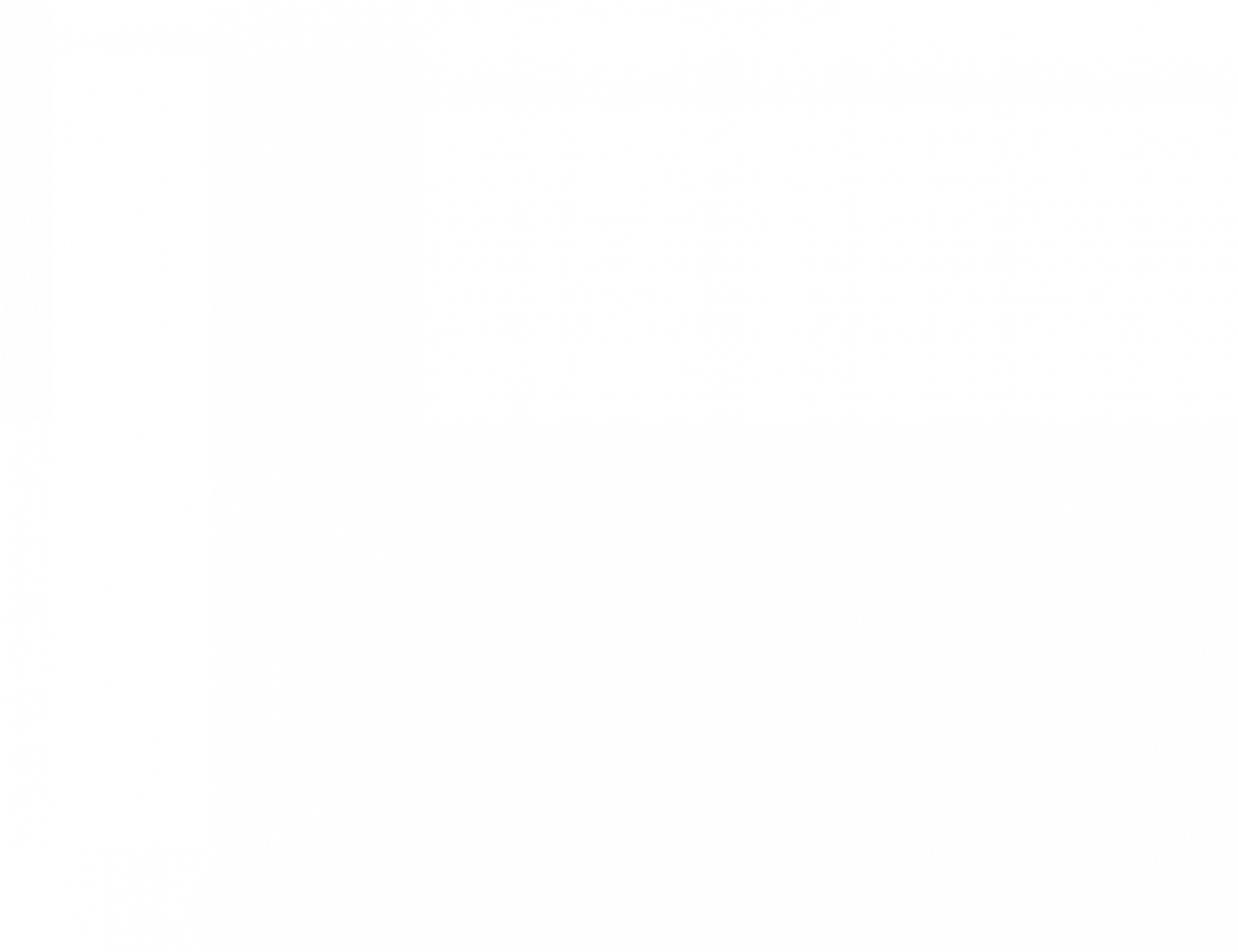 It’s easy to say, “Eat your fruits and vegetables!” to bolster your immune system. But, what if most of the produce we eat is tainted, genetically modified, or grown in soil laden with toxins and water with an equally damaging profile?

More than 25 years after the groundbreaking film Erin Brokovich was released, telling the story of an entire town’s water source chromium contamination and the subsequent cover-up for decades, Brokovich reports on her website, the carcinogenic chemical can still be found in water supplies of more than 200 million Americans in all 50 states, with Oklahoma, Arizona, and California measuring with the highest levels.

In 2008, a survey done on 120 brands of bottled water in the U.S. some years ago found high levels of heavy metals, pesticides, and assorted toxins, including the plastic from the very bottles the water was sold in. By  2016, the Harvard Gazette reported that unsafe levels of a variety of toxic chemicals were found in the drinking or tap water of 33 states.

When our water is tainted, our soil reflects the contamination, making the phrase “you are what you eat,” self-evident.

Nell Newman, Co-Founder and CEO of Newman’s Organics, had been eating clean and organic in her hometown of Santa Cruz, California for more than 20 years, when she decided to have a toxicity analysis done via blood work. The tests showed she had DDT, PCBs, and a termite pesticide in her system, prompting her to support wildlife organizations in an effort to protect them.

Biologist Rachel Carson warned us with her whistleblowing book Silent Spring prompting the U.S. to ban DDT on American soil, with the Clean Air and Water Acts of 1973-74 shortly following. But the damage had been done. DDT was not water soluble and was used as a pest deterrent on all our produce from the late 1930s until shortly after Carson’s book hit the stands in 1969 – after some 30 years of contamination.

If we are bombarded by toxins via land, air, and waterways, how can we strengthen our immune systems when everything around us is tearing them down?

When the toxins of the world that we’ve created by our own hand begin to kill us, the only answer is to get back to the garden – the place where all of our biological systems should have been strengthened to begin with.

How do we do this? In my mind, we get back to normal by ingesting plant-based concentrates of the superfoods that were put on this earth for us.

We already know that a plant-based diet creates homeostasis in our bodies, an environment where infection and cancers can’t grow. We also know (per studies) that if you up your intake of fruits and vegetables for just two weeks, you’ll turn around chronic depression.

But what of the toxins found in organic produce?

For the past seven years, since putting breast cancer into remission and doing away with pharmaceuticals with cannabis oil, I’ve ingested the strong cannabis concentrate each night for sleep and prevention. I have no doubt that there had to be toxins in some of the batches – and from the plant material I’ve sourced myself, since.

So how have I escaped toxic shock or, cannabinoid hyperemesis syndrome, from assumed concentrated poisons in the mix? I’m no scientist, and I’m certainly not a medical professional, but my personal theory is that there are so many medicinal compounds in cannabis and the other plants I’m ingesting on a daily basis, that the benefits outweigh whatever toxic substances I’ve been subjected to.

Without the plant concentrates in my diet, even if I had an amazing diet of the cleanest foods I could find, it’s safe to say I might still be dealing with a myriad of symptoms. I once battled with Thyroid Disease, combined with menopause, chronic pain, sleeping issues, depression and more. I would probably still be on the upwards of ten prescription medications and supplements cannabis replaced.

Some say, cannabis and plants don’t work for everyone – but they couldn’t be more wrong. Plant-based remedies work the same way for all of our biological systems, the difference is, we each have different lifestyles and diets dictating how our bodies respond to various remedies. Typically if there is a fail, it’s due in part to the patient lacking faith from years of demonization of not just cannabis, but plants in general.

There are recipes on my website for alcohol reductions and simple infusions you can make at home for daily dosing. Following are a few suggestions on how to up your daily dose of beneficial plants.

Taking a dose of either whole-plant cannabis concentrate or CBD (cannabindiol) at night aids in sleep, but it also heals while you sleep. It also prevents infections, combats inflammation and subsequent pain, lowers blood sugars, and keeps cancer cells from reproducing.

Morning routines often include medicating with cannabis via smoking, vaporizing, or taking a small dose of CBD or THC activated remedy, depending on your preference. From writing this series I’ve found that most successful cannabis patients are consistent in their daily dosing.

The goal is not to be wasted for the day, but to achieve your needed dose to quell whatever symptoms you are dealing with, and to prevent against illness.

Juicing cannabis leaf is highly beneficial. You don’t need a juicer, you can put a handful of leaf in a smoothie each morning.

Throughout the day patients find they might need to top off a 10 to 15 milligram medible, taken every three to four hours, via smoking or vaping, which is perfectly normal.

Smoking cannabis raises the efficacy of whatever else you are doing by upwards of 25 to 30 percent, per a study. In this respect, ingesting small amounts during the day can save you money in flower and smoking concentrates. This is referred to as the entourage effect, when smoking, ingesting and topical use of cannabis can all come together for greater relief and healing throughout the body.

The entourage effect also works with other plant-based deliveries when added to a cannabis protocol. I use fresh herbs daily from the garden, and purchase them whenever I see them at the market. I also infuse fresh herbs into my drinking water daily – especially in light of the water contamination situation.

This practice was not part of my daily routine prior to discovering cannabis. Cannabis was my gateway drug to all healing plants, with my main focus now on how many plants I can incorporate into my diet, daily.

That sprig of parsley on your plate in a restaurant is not there for show. Parsley is another superfood with a myriad of benefits, including help with digestion and fresh breath. Eat it!

End of the Day Chill

Many patients have shared that their end of the day partaking has more to do with coming together with friends than a focused effort on medicating – but, really, it’s all the same. The good news is, whether you are medicating or recreating, your endocannabinoid system is being fed, whether you want to feed it or not.

Others use their end of the day routine for quiet time, to unwind from the responsibilities of the day and reset. Mothers and fathers especially like that time to bond with their mate once the kids are in bed. Many have also admitted to replacing alcohol altogether with just cannabis, stating it’s made them better parents, as they can relate better and focus more on their kids using cannabis than drunk on booze. Wine moms especially are crossing over to the greener side, becoming weed moms for health and well-being.

This writer has replaced her alcohol with tonic, infusing cannabis and other beneficial plants in the mix in a cold-process, without the THC activated. The negative effects of the alcohol are quelled, lessening any chance of a hangover, as most beneficial plants do away with the inflammation that causes headaches and upset tummies the following day.

That said, everything in moderation, as I only enjoy one or two cocktails at a time; and the bong rips are typically limited, waiting in between each one to feel the effect – though I’ve been known to indulge. Hey, no one’s perfect. My path to plants was not of my making. Much of this life is found on a winding path we can’t see the end of.

One thing is certain, plants are now part of my daily dose for life. Seven years this October (2019) of replacing pharmaceuticals with cannabis, and doing away with breast cancer – with no surgery or chemotherapy needed. I can honestly say, I don’t get sick like I used to. Flus and colds are limited to fatigue and bronchial issues, lasting no more than a few days – with no trace of fevers, body aches, or infections. I don’t think that’s a coincidence.

My mantra has become, “It’s time to get back into the garden.” Find your own path back, whether it’s with cannabis or other superfoods, make plants your gateway to happiness and health, and well-being.