By: Sharon Letts Annie King Garat hails from a military background, both in the U.S. and overseas. Her mother is Bavarian, and her grandfather served in the Austrian Army. “My father was from West Virginia, and had very little options other than mining,” she explained. “Going into the military is common in that part of […] 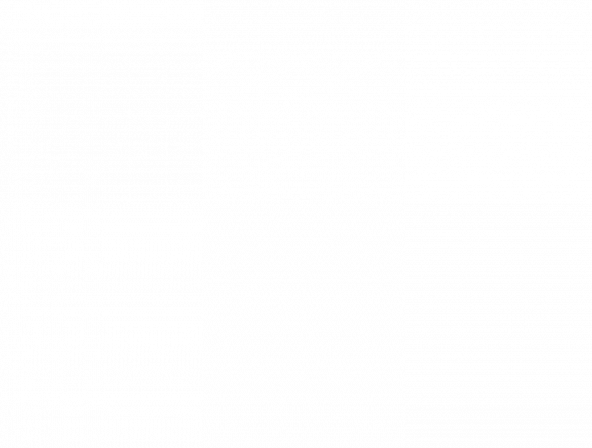 Annie King Garat hails from a military background, both in the U.S. and overseas. Her mother is Bavarian, and her grandfather served in the Austrian Army.

“My father was from West Virginia, and had very little options other than mining,” she explained. “Going into the military is common in that part of the country.”

Of her four brothers, two were in the military, with her second oldest in the German Army. Another became a Marine and was Garat’s inspiration to join.

As the child of a soldier, Garat lived around the world, but was born at Fort Riley in Kansas. Always an athlete, she gave up a full scholarship and a career in basketball to join the military in an effort to escape her family and her young life’s past thus far.

“I had already been raped twice by the time I was a teenager,” she shared. “The first time I was 11 years-old while we were stationed in Stuttgart – by some local boys, one of them was on my soccer team. The second time was by my stepfather, after years of grooming.”

While she was in the military, she was sexually assaulted, first by a Sargent while in advanced training; then by a Command Sergeant Major while on active duty in Okinawa.

Each of these sexual assaults and rapes left deep wounds in the young soldier that would continue into her adult life, as a wife and mother of two children.

According to an article in the Daily Beast (January 2019), via a poll, two-thirds of women in the U.S. military stated they had been sexually harassed or assaulted while serving. By comparison, a study commissioned in 2015 by the Defense Department reported that a mere 27 percent of women had  endured abuse.

“I could have dropped out, but I stayed in, and went on to California for more training,” she said. “I eventually became what they call a ‘chaser,’ we chase our own. We handcuff our own and take them to the brig. I became a boat rocker – I rocked the boat.”

Cannabis, she said, was in her family’s culture and was not looked down on. By the time she was honorably discharged in 2005, she was on a plethora of prescription medications for emotional and physical disorders and ailments, as well as drinking alcohol.

“They gave me a lot of pills – for lack of sleep, nightmares, tremors, night sweats,” she detailed. “I was suffering from PTSD, but they said I only had anxiety, not depression. I didn’t have a drinking problem. I drank socially, but my body couldn’t take the pills with the alcohol – and drinking alcohol is common in the military. It’s all they have that’s legal for self-medicating for PTSD. Add pills and it makes it worse.”

According to the Mayo Clinic, PTSD is a mental health condition, triggered by a terrifying event. Symptoms include flashbacks, nightmares, and severe anxiety.

Psychiatrist, Sue Sisley, just concluded the first triple-blind study on cannabis and help for Veterans with PTSD, with results due later this year.

CEO and Founder of Veterans Cannabis Coalition, Eric Goepel, was quoted in an article in Forbes at the conclusion of Sisley’s study as stating, ““Current research supports the potential efficacy of cannabis in dozens of different applications, all of which could have direct positive impacts on overall veteran health. Whether for pain relief, as a sleep aid, or for help in overcoming stress and anxiety, so many veterans find relief in cannabis because it provides an alternative way to manage their conditions far better than a slew of toxic pharmaceuticals.”

After accidentally overdosing on a prescribed pill regimen and a half a beer, Garat said she was ready to replace the Flexeril, Ambien, Zoloft, and Tylenol with Codeine with cannabis, after a psychiatrist’s suggestion.

Keep the Pills, Pass the Pipe

She began by ingesting edibles, taking tinctures, vaping and burning flower, cold-turkey, with no negative side effects.

“The only negative side effects were consequences from my doctors, and having to listen to their bullshit, because they didn’t understand that ingesting and smoking was dealing with the withdrawal symptoms,” she said.

Cannabis’ analgesic effects have been known to quell the pain and body discomforts of withdrawal from pain medications and more, giving a smoother transition off addictive and damaging drugs – whether they are prescribed or found on the street.

“I’m just lucky I was never able to take the Oxy they gave me. It made me sick,” she surmised. “That probably would have been harder. But, the lack of education on what I was doing was harsh – everyone gave me grief for my cannabis use. I had to be a warrior on many levels – defending myself to my family, the military and doctors.”

Garat’s medicating morning begins with a cup of cannabis infused coffee and a bowl of her favorite uplifting sativa.

“Everything I have now is infused,” she laughed. “My girlfriend, Tesha, makes CBD and THC activated remedies. Her company is Healing Hemptress, and she grows other healing herbs besides cannabis for her products – which are great.”

Garat remembers her grandmother using dandelions from the garden often.

“She made a creamy soup with dandelions and spinach,” she said. “I use my infused oils in the kitchen for cooking every day.

With a philosophy of food as medicine, Garat said she micro-doses throughout the day to keep uplifted and the dark clouds at bay.

“I also use tinctures throughout the day,” she shared.  Mary’s Medicinals is a favorite line for topicals. I also love God’s Gift Botanicals – she has amazing balm with CBD and THC – and mirth, cinnamon – all with cannabis. I love the combinations of herbs.”

Garat said she ingests daily using a variety of methods, but she also smokes or vapes regularly as a top-off on dark days to deal with the depression that can be triggered via PTSD.

“Lots of Vets get lost in the gaming zone,” she explained. “I’m in a group, we have our own competitive league. I enjoy meeting up. They don’t all use cannabis, but they aren’t against it. We don’t judge.”

In the evening she’ll enjoy a good soak in the tub with cannabis infused bath salts and a pre-roll with a favorite indica cultivar to decompress.

“I pray to God as part of my healing protocol,” she offered. “I don’t belong to an organized church any longer because of the judging, but I’m not against going to church – we all have our path. My past and everything I’ve been through has taught me to be open to everything – including my cannabis use and how I share with others, so that they can be helped.”

Following are links to organizations offering support to those abused in service: