By Sharon Letts   Treating myriad ailments and rare illness with cannabis, kratom and other beneficial plants. Desiree Campbell had her first panic attack when she was just nine years old. Twenty years ago she lost her brother to a car accident and her mental health worsened. Since her childhood diagnosis of panic attacks, she’s […] 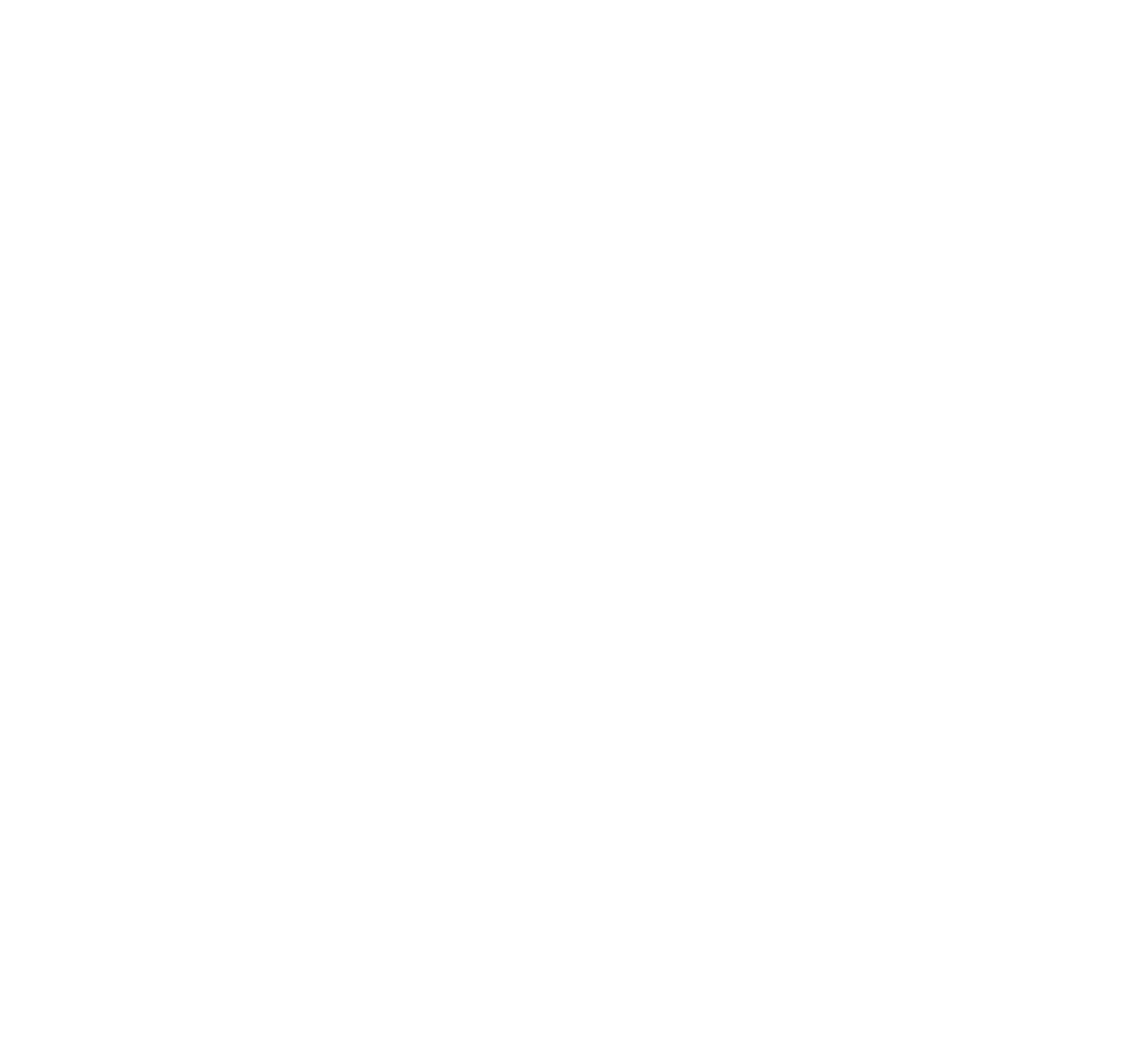 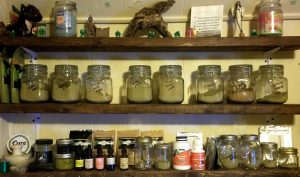 Treating myriad ailments and rare illness with cannabis, kratom and other beneficial plants.

Desiree Campbell had her first panic attack when she was just nine years old. Twenty years ago she lost her brother to a car accident and her mental health worsened.

Since her childhood diagnosis of panic attacks, she’s since been diagnosed with agoraphobia, post traumatic stress disorder (PTSD), personality disorder, and a laundry list of ailments with multiple symptoms.

“Before I became disabled from illness I was always on the go,” Campbell shared. “I cared for 47 reptiles that I rehabilitated and rehomed. I stayed busy to keep from thinking about all the negatives in my life. I don’t like to dwell on how sick I am or have been, but I’ve always struggled with depression and anxiety.”

Nearly eight years ago fibromyalgia (FMS) was added to her list of ailments. FMS is a chronic pain disorder affecting multiple pain points on the body. It typically comes with an auto-immune disorder, and in Campbell’s case, chronic fatigue disorder.

As if things couldn’t get worse, two years ago she was diagnosed with epilepsy.

The ailment of TheIdiopathic Intracranial Hypertension, or IHH, also known as, Psuedotumor Cerebri, caused a secondary rare illness called occipital neuralgia, affecting the main nerve at the base of her skull, affecting all of the small nerves, causing constant migraines and eye strain.

With IHH, your body thinks you have a brain tumor, when there’s really nothing there. The body then fights itself, attempting to do away with the non-existent tumor, causing a build-up of spinal fluid surrounding the cranium, causing the brain to compress, with severe nerve damage and excruciating pain.

“I lost the vision in my left eye and some of the hearing in my left ear,” she added. “This ailment also causes memory issues, so there’s that.

“It’s hard when you are dealing with so many illnesses and symptoms,” she explained. I’ve been in so much pain I couldn’t sleep, but didn’t have the strength to get out of bed. That was my life until nearly four years ago – after finding the plants.”

The single mother of three said her neurologist kept wanting her to take more pharmaceuticals, giving her Botox injections in her neck and head; then ultimately nerve block injections, to no avail.

“At one point I had three sets of injections, totalling up to 27 painful shots, in my head, back of skull and shoulders. They all made everything worse, not better.”

Before she switched to plant-based therapies, Campbell said she was on up to 13 prescription pills a day, and several mood stabilizers – three for the migraines, and two for seizures. She was bedridden for three years due to the pain, fatigue, and depression.

“Even though I was on pharmaceutical anti-seizure medications, I was still having several seizures a day,” she added. “My oldest child told me it was easier to be at grandma’s, because it hurt him to see me in so much pain. My oldest daughter would sit with me on high pain days and cry with me, asking me, ‘Why aren’t all these pills helping you, mommy?’”

After successfully trying CBD oil for pain, she then began researching and adding other beneficial plants to her daily dosing routine.  CBD, or cannabidiol, is just one compound from the cannabis plant with numerous benefits, including anti-inflammatory and pain quelling properties.

Not much of a cannabis smoker, Campbell said she does take THC activated tincture now, as well, microdosing for effect.  “I make my own tincture out of whole plant cannabis,” she said. “I also use medibles for anxiety during the day, and at night to help me sleep.”

Of all the pharmaceuticals she ended up replacing, she said the Effexor was the most difficult.

“My mood was horrible!” she exclaimed. “I was incredibly mean and was snapping at everyone around me for the smallest stuff. The tincture was a miracle and a huge help in keeping the anger and panic down as I transitioned off the pills.”

Slowly, she began adding other herbs, researching all for benefits and effects.

“I started trying different herbs at different times of the day, until I found what worked for me,” she said. “I have had only two seizures in nine months, and they didn’t do much more than make me a little shaky, when I had been having mild to silent seizures.”

Kratom, she said, was a game-changer in dealing with pain and in combating fatique.  “There are several types of kratom,” she explained. “Red, yellow, green, white, gold – each color has different names, typically from the region they were dried. I usually take green strains and blend green with red, white and yellow strains. The white family of kratom are the most energetic, greens give a small energy boost and quell pain, reds are also good for pain, and yellow is nice for relaxing.”

Kratom, as defined by Oxford Languages, is a powder made from the leaves of a South Eastern Asian evergreen tree, related to the coffee plant. Used in many of the same ways as cannabis and other healing plants, it’s also shown efficacy in replacing addictive drugs, such as opioids and meth.

Some sites warn of dependence from kratom, but those who have used it successfully in replacing damaging and addictive drugs say it also deals with whatever disorder may have caused them to become addicted in the first place, with no negative side effects.

‘I’m picky about my kratom,” she shared. “My kratom is sourced from the Austic Organic Village in Texas, where test results are posted on the website. I get a lot of herbs from this trusted source, actually.”

The list of other herbs she’s added to her daily dosing regimen is extensive, with each plant having its own extensive list of benefits and little negative side effects.

Campbell sent this writer a list of plants with benefits listed that’s nothing short of a who’s who in healing plants and what they can do.

The list of help from each plant is too long to detail, with many overlapping on benefits, as most super foods or super plants will do – namely anti-inflammatory properties and help with pain, with most all aiding in strengthening the immune system.

Cannabis/activated THC: Homemade tincture: Two droppers full, four times a day; medibles: and 5 milligrams of activated THC during the day, and 20 milligrams at night for sleep.

Turmeric: 500 mg. once a day. The black pepper helps turmeric absorb into your body better.

Note from Campbell on Elderberry Syrup: This remedy cuts sick time in half and drastically reduces how severe colds and/or flus are. I used to get bronchitis one or two times a year, but in the past two years of taking this syrup, I’ve only had one little runny nose.

In summation, Campbell said she’s been able to go about her life as normal day to day, something she just wasn’t able to do prior to finding the plants.

“I’m able to walk around our small block with my kids – I can cook dinner without feeling like I’m going to collapse, and I’m able to do many chores, for the most part,” she concluded. “My children have told me they are thankful I have these herbs, because I’m smiling and laughing, instead of laying in bed crying everyday. When I say herbs saved my life, I genuinely mean it! I’m still working at getting my strength back, but with these plants, determination, and the love of my children, family, and best friend, I can only go forward now.”