Kristina Frankians journey with cannabis began as an adolescent in her hometown of Clovis, in Fresno, California; but the plant became her medicine at the tender age of 14, after being diagnosed with migraines and mononucleosis. “They prescribed Valium, but I didn’t like it,” she continued. “A good friend sold weed and we made edibles. […] 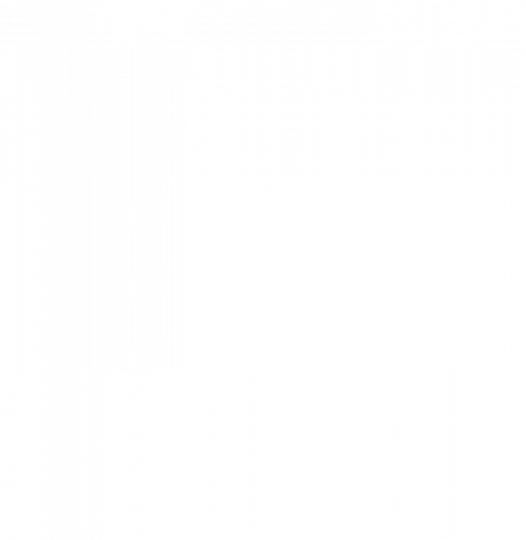 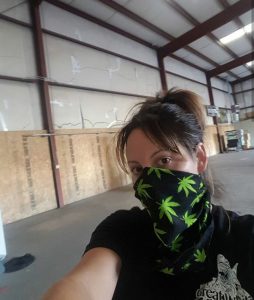 Kristina Frankians journey with cannabis began as an adolescent in her hometown of Clovis, in Fresno, California; but the plant became her medicine at the tender age of 14, after being diagnosed with migraines and mononucleosis.

“They prescribed Valium, but I didn’t like it,” she continued. “A good friend sold weed and we made edibles. They weren’t that great until we learned to infuse butter. The doses were small, but it helped.”

In high school Frankian was the hippie chick with weed, known to the jocks. But she was also insecure and suffered from anxiety. Aside from helping with her illness, she said that socially, cannabis helped her relax and fit in.

Then, in 2007, her body went numb, and an additional diagnosis of MS was added, the same disease that took her father’s life.

“I was fearful of going down his path of ill health,” she said. “It was devastating for a while, and I went through all the emotions – because there is no cure for MS.”

Multiple Sclerosis is a neurological disorder, causing lesions on the brain. Symptoms include blurred vision, dizziness, muscle weakness, tingling sensations, and muscle spasms. A progressive disease, symptoms worsen until the patient loses muscular control with damage to the brain and spinal cord, with eventual death from myriad complications.

With no cure, a patient can be prescribed more than 20 prescription medications taken daily, becoming bedridden as the disease progresses.

“I watched my dad do all the shots, take all the pills – and none of it helped. He died at 48,” she shared. “I decided not to accept the diagnosis, I wanted to do it differently.”

To date, she still does not accept the diagnosis, and has kept all symptoms at bay with cannabis and a healthy diet.

Helped by her mom, who found a book called Healing MS by Ann Boroch, who had healed herself after being wheelchair-bound, as is a common progression with the malady. Boroch’s focus was on candida and the toxins associated with autoimmune disorders, and strengthening the immune system – allowing the body to right itself.

“I followed her guidance and started to detox with supplements, cutting yeast, wheat, dairy and sugar out of my life,” Frankian said. “She saved my life. I have no doubt without her book of knowledge I would still be sick today.”

Frankian married her high school sweetheart, Marc, in 2006, and in 2007, the year of her MS diagnosis, the couple created a garden in the family basement.

“My husband is a super smart guy,” she continued. “We were growing Granddaddy Purple, but it wasn’t helping – probably from the high THC. He knew I needed something on another level of healing, so he read and read, and researched other strains for me. He had learned to make bubble hash and we were already making butter, but he ended up making me tinctures from glycerin. The tinctures are still my go-to for the most relief.”

When a cannabis patient with a serious ailment becomes pregnant, their cannabis protocol is questioned. Switching to pharmaceuticals can be frightening, especially if the medications they are taking are not copasetic to pregnancy. Ironically, Frankian said she received her official medical card after she became pregnant.

“I had quit smoking cannabis when I found out I was pregnant, but then had the worst anxiety for about two months, with migraines!” she explained. “The doctor wanted me to take Vicodin and Tylenol with codeine, but I wouldn’t do it.”

After weighing her options and discussing with a good friend who had used cannabis during her pregnancy, with no negative side effects to mother or baby, she decided the plant would be better than the pills.

“I did what was best for me and my baby,” she declared. “I smoked homegrown organic out of a Volcano – because vaporizing seemed like a healthier option. I also took the tincture, as needed, for pain. At 29, I’m happy to say, I had a very healthy pregnancy and an all-natural delivery.”

Her next delivery five years later, at 34, was also natural, done at home with a water birth – medicating throughout the entire pregnancy, with no complications.

“My son was delivered a healthy baby, latched on right away – and all he did was gain weight!” she said. “If I had to do it all over again with cannabis, I wouldn’t hesitate.”

Frankian said both her kids know the plant and know it as medicine.

“My kids know mommy has health issues, and they know that cannabis is just a plant that helps mommy heal,” she said. “They also know what CBD is and have used it. I started the Ganja Mama Club to help other mom’s with their cannabis use, and to do away with the stigma of mom’s medicating. I’m so grateful my kids are growing up in a different relationship with cannabis and hemp than I had!”

Frankian shared that smoking alone alleviates most of the symptoms associated with MS, but the cultivars must have the right combination of compounds.

The cultivars offering her the most help include, Gorilla Glue, Purple Gumbo; and Lemon Kush, known as Lemon Diesel. She also favors one of the original CBD or Hemp cultivars, Harlequin, created in Southern Humboldt by Lawrence Ringo. Lastly, cultivar, The Seattle Death, has been a long time and little known favorite, and she asks if anyone has heard of it to please get in touch.

“My day begins with smoking first thing in the morning and it continues all day, everyday” she shared. “Depending on my pain level, I’ll vary my dose from flower to dabs. On a normal day I’ll smoke about an eighth of flower or more, if I’m out of concentrates. If I’m dabbing, I’ll do half to one gram of concentrate throughout the day.”

Frankian said she grew up using a bong, and it’s still her delivery of choice, with the exception of using a bubbler on occasion. But her go to is her Puffco.

“When I bought my first Puffco, it was literally life-changing!” she declared. “It took all the work and mess out of dabbing, without the torch – which always made me nervous. No butane refills, more from the product, no hot dabs –so much healthier and convenient, especially when I’m on the go.”

If she has an event or a big day, she’ll take a preventative dose of full-spectrum CBD tincture, made by her husband.

“If I’m traveling or know that it will be a busy day, I’ll take the tincture in the morning to keep inflammation in my brain down,” she said. “I’ll either take the CBD tincture or an infused coconut oil, full-spectrum capsule. I’ve also been known to do 10 to 50 milligrams of edibles, depending on how I’m feeling.”

Cultivars with the right combination of beneficial compounds matter for specific disorders and symptoms. Husband, Marc, has fine-tuned their garden to meet her needs.

“We have been able to keep a coveted cultivar, Sour OG Kush, as a personal cut for over a decade, with many offerings,” Marc explained. “The original cut came from an old grower in the Santa Cruz Mountains. It could be 28 years old, but at least 17, as far as I can remember.”

Frankian said she feels an extreme level of gratitude for her husband’s ability to provide her with the best remedies he can find, farm, and create.

“The plus side of growing is we know exactly where my medicine comes from,” she surmised. “I know how it’s grown and that it will be clean. It also requires a good amount of tinctures, concentrates and medibles for my daily dose, so growing our own is also cost effective. I’m never going back to pharmaceuticals, never liked them in the first place. I’m forever grateful for the plant, my husband and his knowledge, and my family’s understanding of what I need to keep me well and alive.”