How do I love thee?  Let me count the Strains: Great White Shark, with its rose-like terpenes, Himalayan Gold, as sweet and citrusy as is my significant other, and Strawberry Haze, a self-explanatory moniker. Which of these bouquets do I use to infuse your Valentine’s Day meal?  What would St. Valentine desire? It’s unclear. Apparently, […] 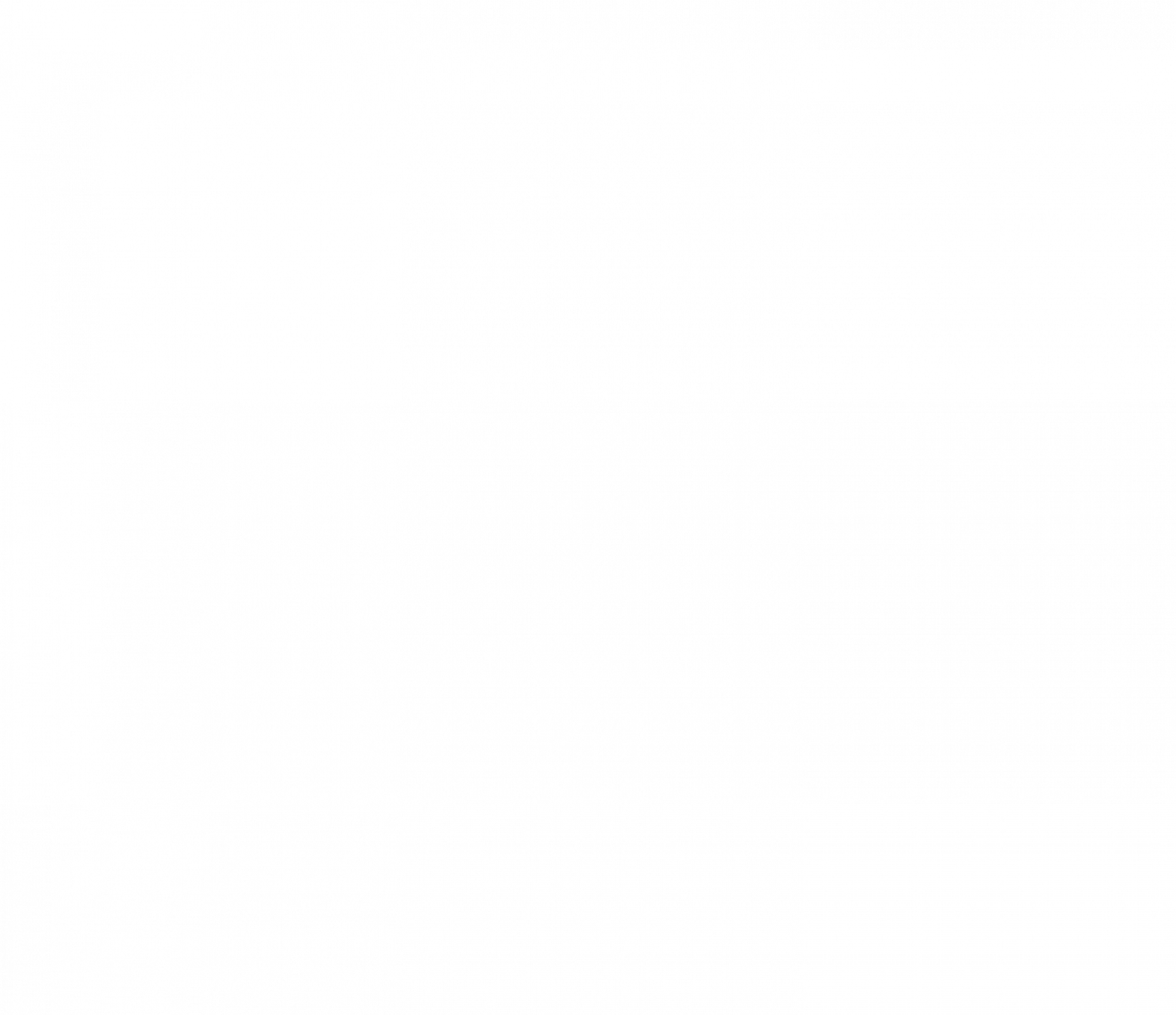 How do I love thee?  Let me count the Strains: Great White Shark, with its rose-like terpenes, Himalayan Gold, as sweet and citrusy as is my significant other, and Strawberry Haze, a self-explanatory moniker. Which of these bouquets do I use to infuse your Valentine’s Day meal?  What would St. Valentine desire? It’s unclear. Apparently, history is a bit muddled regarding the origins of this month’s love-themed holiday. That special day we bestow flowers, candies, and kindness to the one who holds our hearts in their hands.

In ancient times, when not out conquering and pillaging, the Romans periodically took some time out to celebrate. One such celebration was observed on February 15th,  the Feast of Lupercalia. Honoring Lupa the Pagan god, who existed in the form of a wolf and was connected to Faunus the god of agriculture. The Romans held this annual festival of fertility and purification, as they sowed seeds praying for rich and fertile crops. But it wasn’t just agricultural abundance they focused on. Revered for their fertility and sexual prowess, dogs and goats (guess the Romans weren’t aware of the Bonobo monkey) were sacrificed, their blood smeared on women and the skins were used to slap them. The Romans believed doing this enhanced a woman’s fertility.

Things began to get less ruckus, when amid the ever-increasing spread of Christianity and the banning of Pagan tradition, Pope Gelasius abolished that old, slap ‘em and whack ‘em, fertility practice and instead pronounced February 14th  the day for a more solemn expression of love.     Instead of Lupa, the Pope decided a more religious-based celebration was in order by recognizing the temple Priest and martyr Saint Valentine. This first Saint Valentine lived under the bloody rule of Emperor Claudius. A task-master at heart, Claudius insisted his military men remain unmarried and un-involved with women during their tenure in his army. He believed women and families were too distracting. Meanwhile, soft-hearted and romantic Father Valentine strongly disagreed. Believing instead, the men fared better in battle and away from home, when involved in loving relationships. So he secretly performed weddings.

Alas, he was found out. Claudius had Valentine captured, arrested, beaten and thrown into jail. On February 14th,  he was decapitated, all for his beliefs in the power of love.  Some stories go further, stating Valentine had left a love note for his jailer’s daughter, to whom he had grown close. Likely it was she who brought him food and water, along with a kind word on occasion. He closed the note; “Your Valentine.”

Others report another Valentine, the Bishop of Terni, should be credited with the evolution of Valentine’s Day. This particular gentleman is reported to be more of a marriage counselor. With his gift for listening and communicating, troubled couples often sought out the Bishop for guidance and advice. Back then it was your local priest who served as your “go-to” therapist (along with your local midwife). As he sat down to help soothe the rough edges of marriage the couples were experiencing, Bishop Valentine began each session by giving the couple a single red rose. He declared it a symbol and reminder of the love they once had for one another.  It is said, Saint Valentine would begin by telling them how he equated the cycle of a Rose’s bloom with love.

Like Father Valentine the Priest, Bishop Valentine also practiced Paganism. He was as committed to his Pagan gods as he was the idea of love and romance. Unfortunately for him, Christianity was growing like a weed and by refusing to give up his Pagan practices; the Bishop was captured, tortured and executed; on February 14th.

The third supposition regarding the origin of Valentine’s Day is that February 14th  is the day birds begin their mating season. While that explanation does more for “birds do it – bees do it,” it is the red rose that serves as the most consistent expression of love and romance today. But what about the food we associate with Valentine’s Day?  Chocolate, strawberries, oysters, wine, basil . . . Yes, basil and lavender and artichokes. Basil is the traditional symbol of fertility. Lavender is not only a calming herb but is also considered an aphrodisiac. Artichokes? Few know consuming artichokes can be as romantic as any oyster, not to mention their nutritious attributes. We derive a lot of fiber from just one of these thistled globes, along with plenty of antioxidants. But romance?

Greek mythology gives Zeus credit for creating artichokes. After he was rejected by a beautiful young woman, Zeus turned his object of desire into a thorny, difficult-to-get-to-the-heart-of, plant. No romance there. Yet, Catherine de Medici, known for her own insatiable appetite for both food and carnal knowledge, brought artichokes along with her and her staff, when she left home to marry Henry II.  She believed in and exploited the artichoke’s propensity for eliciting amorous feelings.

Later, in the 1700s when man-about-town, Casanova was engaged in living, “his own great big Italian life,” proclaimed he ingested fifty oysters for breakfast every morning. Besides being an excellent source of zinc, which is helpful in increasing sperm count, there was little in the way of science to back Casanova’s claim regarding the capabilities of oysters. That is until a study completed in 2005, discovered there were two unusual amino acids found in oysters, indicating an increase in testosterone and serotonin, in both men and women. Certainly, we all know increased testosterone levels can make us feel more amorous while increases in serotonin make us feel quite good. Indeed, aphrodisiacs are more about how they make us feel.

Consider your mood while engaged in the act of eating Valentine-themed foods. Even better, sharing that act with someone you really like. Together, you both lift to your mouth, taking  that first bite into a chocolate-covered strawberry; it’s downright titillating. Unlike our morning cup of coffee, where subsequent sips just don’t measure up to that first one, taking and observing  second and third bites, as your teeth crack the chocolate coating, and the rose-red juice moistens your lips .  . .

Is it the oysters or the act of shucking them open, pulling the half-shells apart, exposing the succulent creature inside, then squeezing fresh lemon juice over the platter, a few Jackson Pollack splatters of hot sauce. It’s the experience; the act of doing that puts us in the mood.  Artichokes, like oysters, require some effort before getting to the heart of the matter. Like an Argentinean Tango, we engage, with laser-focus, our muscles tense, our chests heaving with exertion; whether we’re peeling back, then scraping our teeth against the soft curve of the leaves, carefully removing the violet thistles, we are engaged in a unique style of the mating ritual. It’s all good and good for you.

Add some cannabis to your love-food and whoosh – you and your beloved are there.

“Food Is Symbolic Of Love, When Words Are Inadequate.” 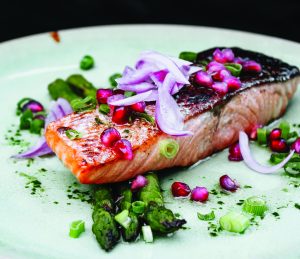 1 16-oz can artichokes in water – drained

zest of one lemon + juice

Meanwhile, season both sides of salmon fillets with salt and pepper. Heat remaining Canna-oil and butter to a large skillet and heat to shimmering.  Pour in Canna-broth and wine, then bring to a simmer. Place salmon fillets in poaching liquid – ensuring fillets are covered. Add more broth if needed. Cover and cook until fish is just opaque – 6 to 8 minutes.

To serve – divide artichoke mixture between two plates, place one salmon fillet on top.  Garnish each with lemon slices, parsley and dill.