From the founding days of hosting parties to raise money for skate ramps, to the early stages of success selling out shows and then being commissioned to create art for Snoop Dogg and Slightly Stoopid; Shea and Rez have never lost their drive to be on the cutting edge of all things cannabis. 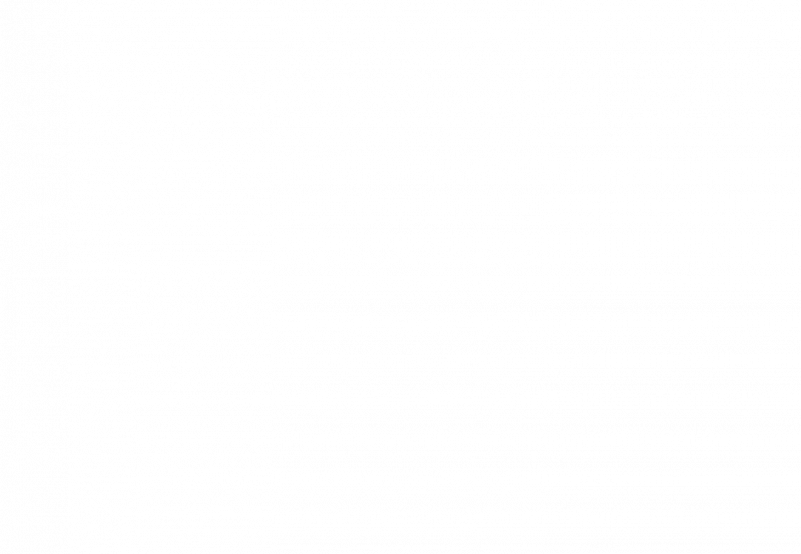 SeedleSs has gone global, and I couldn’t be more stoked for my friends. The humble clothing company that took root in our hometown of San Diego, is now a worldwide trendsetter. Holy shit, that sounds pretentious, right? Nope. The owners of this company are pure soul, and they have earned every bit of success that has ever come their way. From the founding days of hosting parties to raise money for skate ramps, to the early stages of success selling out shows and then being commissioned to create art for Snoop Dogg and Slightly Stoopid; Shea and Rez have never lost their drive to be on the cutting edge of all things cannabis.

It was another day in sunny San Diego, when I headed over to the homie Rez’s place overlooking the Pacific in Ocean Beach. We smoked some bomb ass weed, we laughed, and then we headed just a few blocks north to the iconic SeedleSs compound to meet up with Shea, the man who began it all. Both timeless and innovative, quirky and classic, SeedleSs Clothing encompasses all of these traits, and then some.

Hopper: Before we get started, you gotta tell me what we’re smokin’ on right now.

Rez: This is the Gelato.

Hopper: The Gelato has been going off! How’ve you guys been?

Hopper: You guys go non-stop. You always have.

Rez: The thing is, we’re all of a sudden leaned on by a lot of other people who are very successful in their own right. Whether it’s a product or a brand, or a magazine like High Times, or a convention like Champs or Chalice, you’re doing really well in your own right, but you’re leaning on our marketing team and art team for merchandise and the branding of your product.

Hopper: You guys are masters at branding. I know this because we go so far back. How long do you think it’s been?

Rez: Dude, us? Twenty years. It’s that straight from OB fuckin’ all about music and weed, homie. Getting all the homies together, making sure you have the fire herb, throw a couple of bands on, tap a keg, and wait for someone to fight.

Hopper: What’s new with SeedleSs? You and Shea have always been on the cutting edge of the industry, a real Dynamic Duo.

Rez: Thank you. Man, it’s a trip dude. As far as being a dynamic duo, it has really come in handy lately.

Rez: Different roles, yeah, but we both enjoy the creative aspect of it, the art direction. Pacing behind an artist with a joint in my mouth, figuring out what to move where. That’s always been a passion. It’s the same for Shea. Where we split, is I do a lot more of the PR. I do a lot more of the kissing hands and shaking babies. And Shea, he sits there, day and night, dealing with factories and production. The more technical aspects of art direction. He fucks with spec sheets and tech packs, I fuck with microphones and weed. Together, we fucking do it.

Hopper: We used to do the SD SeedleSs Cups here on 4/20 when no one was doing that.

Rez: Yeah, we did. Bring in celebrity judges. Had all of the – we didn’t have the word ‘master grower’ back then. They were just growers.

Hopper: And now, everyone thinks they’re a master grower! Shhh…don’t tell, but it’s call weed for a reason.

Hopper: Light, water, nutrients, and good ventilation. And guess what? It’s gonna do its thing.

Rez: You can’t hold it down dude, it’ll come up through the cracks! Haha, that’s beautiful.

Hopper: For those who don’t know, give a brief history of SeedleSs.

Rez: The company was started in ’92. So here’s the real story – Shea’s a nerd. I’m a nerd. I don’t think people realize how nerdy we really are. So, he was nerding out at UCSD, doing engineering rocket science shit. Really, he wanted a new ramp to skate, and he needed to raise money. Their idea was to throw a party. So they sold weed and threw a party. Back in ’92 there was still bullshit seeded dirt weed. So, you got a ticket to the party, a t-shirt, and a joint. The people rolling joints got lazy, didn’t de-seed, joints were popping everywhere.

Hopper: He’s always been a natural at marketing.

Rez: Yeah, for real! So anyway, he was at the grocery store and there was this sticker that says ‘Seedless’, but in small words underneath it said, “May contain an occasional seed.” So he grabbed that sticker, and made that t-shirt. That was the first ever SeedleSs shirt.

Hopper: That’s dope. Most people have never heard that story.

Rez: So the idea took off. He did it right here out of OB. With whatever, you know, arm stretch resources he had. Even though he has long arms, it was a long stretch, but he did it. In 9th grade I moved to San Diego and I’m like, “This SeedleSs thing is super fuckin’ cool.” It was a brand that represented something that I believed in.

Rez: Yeah, that beach, OB, smokin’ weed, doin’ my thing. I started throwing reggae shows and linked up with Shea in ‘98. I grabbed all the OG in LA, and brought it down to San Diego in the 90s, and then brought the Hawgsbreath, Bullrider, and P-91 up to LA. So, part of it was trapping, part of it was making clothes, and part of it was doing concerts. The throwing shows part is important, people don’t realize. Music is a big part of our lives and our culture.

Hopper: Speaking of in hand. I gotta tell everyone what you’re rolling right now. It’s some of the bombest Gorilla Glue concentrate on Gorilla Glue bud, rolled up in a joint.

Rez: I’ve got this fire jar from DNA Genetics, and got the same hash from the same herb that Dabalicious made.

Hopper: You just rolled a masterpiece, my brother.

Rez: So, music became a big thing for SeedleSs. The thing is, we did our own flyers. We had our artists do custom artwork, and that got noticed by artists. Snoop hit us up for the Stick Icky Icky tour, Slightly Stoopid for a couple of their album covers. That was a big step in the evolution. They started hitting us up more and more. And then, the High Times crew used to come to the Cups we threw here in Dago.

Hopper: Yeah, we were just talking about that. Bobby Black came out with his wife, April. It was good times. Aero was downstairs blasting live art.

Rez: That was before High Times had Cannabis Cups in the US.

Hopper: Yeah, we were totally underground. Remember the 4/19 Got a Minute Shows?

Hopper: We gave the cannabis community another day to celebrate.

Rez: So, High Times hits us up for artwork and booking. That was the beginning of when we started doing all of the weed events. Right now we’re responsible for the brand identity, marketing collateral, and merchandise for most of the successfully branded companies in the marijuana industry, globally. Including all of the events- High Times, Chalice, Champs, you name it.

Hopper: One other thing on the High Times tip is, I remember when Shea took out the largest advertising buy in High Times history, at the time.

Rez: Yeah! The Betty, it’s hanging on my wall. It was a ten page ad.

Hopper: SeedleSs started as, and still is, a San Diego staple. Now it’s worldwide. What did it take to grow the brand so huge?

Hopper: You guys have lasted 20 years, you have longevity. Not many other companies do.

Rez: Exactly! We’ve maintained this counterculture, below the cuff brand. I mean, we’re a t-shirt company. We’re not pretending to make the finest of garments. It is what it is. And this shit’s been around for a long time.

Hopper: Not to mention the stash pockets, for those who don’t know. That was genius. It’s still genius.

Rez: That was all Shea.

Hopper: So, what’s next for SeedleSs?

Rez: We just launched SeedleSs Glass. We’re going to be coming out with an eco-conscious ‘tane, The SeedleSs Torch. There’s basically a lot of big licensing deals in the works for people who really want to use the SeedleSs name on different products. I think the next step is identifying which products we believe in, and that we believe will represent the brand well, and won’t dilute the integrity of the brand.

Hopper: What’s your favorite strain to smoke on right now?

Rez: That’s real hard to answer because, I’m a firm believer that regardless of what you’re smoking, you’ll build a slight tolerance to it. You know the saying, “It doesn’t matter how hot she is, there’s some dude that’s tired of fucking her”, well I might have the bombest weed in the world, but at the end of the day I wanna switch up jars.

Hopper: That’s why I always say my favorite flavor is variety, and my favorite strain is done right.

Rez: The other thing I’m loving right now is that Miss USA. DNA Genetics is coming out with some fire lately. The Crockett Farm’s Bananas right here…I want you to look at it for yourself.

Hopper: Damn, that’s beautiful. I’ve seen a lot of top shelf in my day, but this is next level.

Rez: I absolutely have love for Bullrider and P-91.

Hopper: Did you ever get to hit the Kingsblend?

Rez: Yeah, yeah…BOMB! My favorite weed right now on the face of the earth is Sophisticated Lady.

Hopper: Oh yeah. That has a hell of a nose to it. Amazing.  Aside from your role at SeedleSs, you do so much in the cannabis community. Tell VCM readers about it all.

Rez: I write for High Times, and do a lot of marketing and branding for their shows. We have a dispensary in San Diego, Southwest Patient Group, we’re in the midst of putting together the final touches for the first of its kind cannabis science center.

Hopper: Any shout outs before we head over to the warehouse to smoke out with Shea?

Rez: Hopper- The Kingsblend, homeboy! As far as relationships go, I feel like we’ve (SeedleSs) really embedded ourselves in a family. It’s a lot of us now.

Rez: My boy at Guild Extracts and everything they’re doing. Then there’s DNA Genetics, which I’ve worked closely with for years. They’re salt of the earth cool motherfuckers. Pisos Dispensary in Las Vegas where the old Tower Records used to be. That place is legit, great people over there. Yeah, Vegas is crackin’.