By: Sarah Jane Woodall   If you’re anything like me, you’re a bit cynical when it comes to Valentine’s Day. Don’t get me wrong; a holiday celebrating love is great — for the bottom lines of businesses selling everything from bubble bath to buttplugs! More than most, this holiday strikes me as a uniquely crass […] 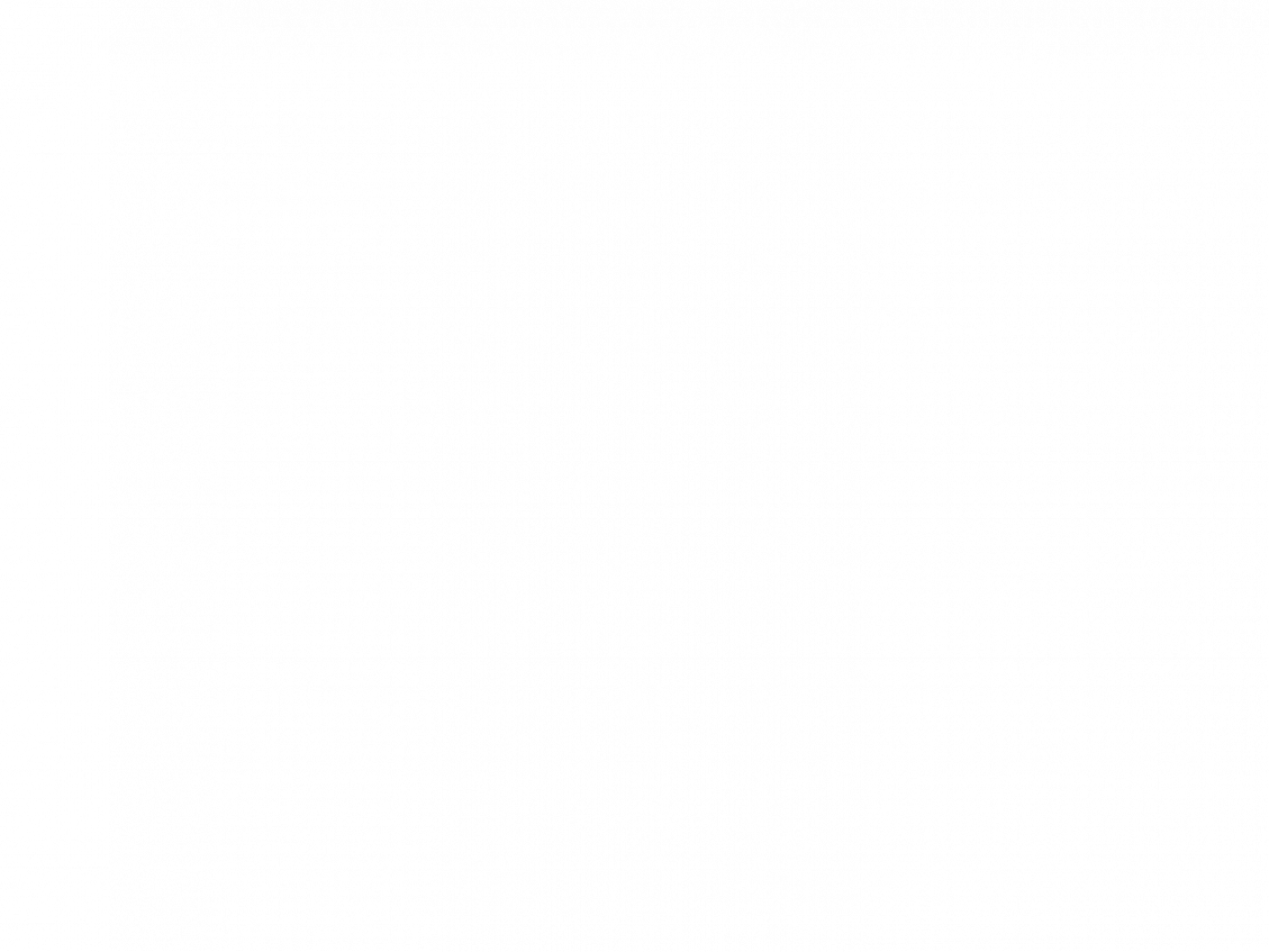 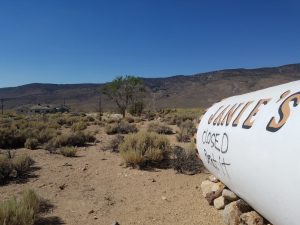 If you’re anything like me, you’re a bit cynical when it comes to Valentine’s Day. Don’t get me wrong; a holiday celebrating love is great — for the bottom lines of businesses selling everything from bubble bath to buttplugs! More than most, this holiday strikes me as a uniquely crass money making scramble. What marketing genius came up with the concept that a person has to buy stuff to prove his or her love?

And it’s not even a sure bet- flowers, booze, jewelry…that stuff adds up, and half the time the relationship doesn’t last much longer than a TikTok! If only there were some way to guarantee your investment, to ensure you’d actually get something for your hard-earned cash.

Well, guess what? There IS! This is Nevada, after all. And whatever else you say about us, you can’t say we’re not pragmatic when it comes to matters of the heart. We’re the only state to allow legal prostitution – so only here can you rest assured that the hard-earned cash you’re spending will definitely get you laid.

That’s right, I’m talking about our legal brothels. Nevada has a fine tradition of these in-demand establishments, from the very first tents back in the 1800s mining days, all the way through to the 21 legal brothels operating today.

I first became interested in brothels years ago, when I visited Sheri’s Ranch out in Pahrump with a biker friend. No, it wasn’t like that – we rode out for lunch! Sheri’s is (was, thanks to Covid-19, all the brothels are currently closed) exceptionally open about its business, and welcomes curious tourists to come in for a burger at the onsite sports bar. You can even take a tour given by one of the sex workers, which of course we did, and it was fascinating! I enjoyed it so much that I’ve been back a few times – once with my mom!

But for a weirdo like me, even more fascinating are the abandoned brothels that dot the sagebrush plains of rural Nevada – relics of a bygone era when enough miners and ranchers populated these areas to sustain such businesses. The first one of these I visited was the once-world-famous Cottontail Ranch, just a few hours north of Vegas.

Talk about haunting! The spirit of the women who plied their trade there over the decades was almost palpable, hanging in the rooms like a veil of old perfume.

I entered through the front vestibule, where back in the day you would have faced a locked door with a little window, like a speakeasy, before the madame let you in. By the time of my visit, the door swung open freely, and I found myself in the old parlor – the social area where a bartender served drinks while the women lined up to be chosen by patrons. This room had long been stripped of most of its furnishings, but the walls were still covered in fantastically garish wallpaper featuring Art Nouveau-style cartoon ladies in various states of repose, falling from the walls in ragged strips of gothic decay.

To either side of the parlor, long hallways led to rows of small bedrooms where the women conducted business. But now, little more than the occasional mattress and one lonely bottle of Charlie perfume bore testament to the thousands of dollars that had changed hands in these rooms. The stories that must have been told, the tears that had undoubtedly been shed…I could almost hear it all, echoing from the wood paneled walls and rising like mist from the shag carpeting.

I’ve visited the Cottontail several times over the years, and each time it’s a little more fallen down, a little more vandalized. It’s really a shame for what was actually a historic Nevada business – not only was legendary Vegas casino magnate Howard Hughes known to frequent the brothel (he was said to be particularly fond of a worker named Sunny) but the madame of the brothel herself is worthy of at least a few pages in Nevada history books!

Beverly Harrell was a nice Jewish girl from New York who, after a long and colorful stint in Hollywood, ended up running such a successful business out in the Nevada boonies that the Feds took notice and gave her a hard time. Rather than take it lying down (ha), she fought back by getting into politics herself – running for, and almost getting elected to, the State Assembly! She is buried in nearby Goldfield, and I’ve paid my respects at her grave.

But the abandoned brothel that had the biggest impact on my own life is way out on the western edge of the state, off U.S. 6 in the literal middle of nowhere about halfway between Tonopah, NV and Bishop, CA. I happened to be traveling through this ultra-desolate country on my way back from the Burning Man festival one year, and as I chugged up the lower reaches of Montgomery Pass, I spotted a group of abandoned buildings off to my left. A huge propane tank out front bore the spray-painted legend “JANIE’S/CLOSED/BEAT IT!”

Well, that sounded like an invitation to me. So, needing a break anyway, I pulled into the driveway to take a look. It turned out to be a couple of dilapidated double-wide trailers with two long hallways running the length on each side – and having already been to the Cottontail a time or two, it did cross my mind that it might have been a brothel. But I wasn’t sure; it could have been a motel, so there was nothing to do but a little investigating.

To this day I’m not sure why I whipped out my cell phone and took video – I wasn’t in the habit of doing so in those days, but for whatever reason I started filming myself as I crept along the first hallway, musing aloud as to what the place could have been. None of the bedrooms had bathrooms – just sinks, which indicated brothel…I guess? But then I got to the room at the end of the hall – and that settled it: floor-to-ceiling shag carpeting, and a heart-shaped hole in the floor where a Jacuzzi tub had obviously sat. Definitely a brothel!

Anyway, I had all this video I shot, and when I finally got back home, I decided to upload it to YouTube and see if anyone watching knew anything about the place. This was way before I had ever considered making a living off YouTube, so I posted the video almost as an afterthought – but holy cow! The response I got was overwhelming!

Not only did I get an email from guys who had patronized Janie’s back in the day, sharing their memories (in sometimes intimate detail!) with me, I also got a bunch of messages from people asking me to upload more abandoned stuff! At the time, I didn’t realize there exists a huge audience for the exploration of abandoned buildings – and the genre even has a name: urbex, short for urban exploration.

I got a ton of messages from urbex fans and, luckily for me, there’s no shortage of abandoned and derelict structures in the Nevada hinterlands, so I was able to keep on shooting until I’d built a channel. Matter of fact, just another few miles down the road from Janie’s I’d stumbled on an entire abandoned town, complete with a burned out café and casino!

So between “Abandoned Casino Ghost Town” and “Abandoned Janie’s Ranch,” I had me the beginnings of a YouTube channel…and it wasn’t long before I’d gotten enough views and subscribers to start making money. Eventually, I was able to bail on my gig as a freelance model and focus on YouTube full time- and here I am today, still crawling around wreckage in the desert for the amusement of all.

But I owe it all to Janie’s…that lonely old abandoned brothel in the middle of nowhere. Since then I’ve explored other abandoned brothels, but Janie’s will always have a special place in my heart.

So, this Valentine’s Day, as I sit in cynical solitude bah-humbugging fake Hallmark holidays, maybe I’ll splurge for a bottle of mid-shelf champers, and raise a toast- not just to Janie (whoever she was) but also to the thousands of working women who staffed these places over the years. The Nevada State Board of Tourism might not officially recognize you as such, but to me, you are as quintessentially Nevadan as a Las Vegas showgirl. And I’ll keep making videos to bear testament to your existence!