By: Sharon Letts     Twas the night before Christmas and all through the sky,  not a moment was wasted to get Santa high. Come Dasher, come Comet, and Dancer, Santa’s sciatica needs an elixir!     Santa headed northeast from Los Angeles following Highway 15 across the vast California desert. As he approached Henderson […] 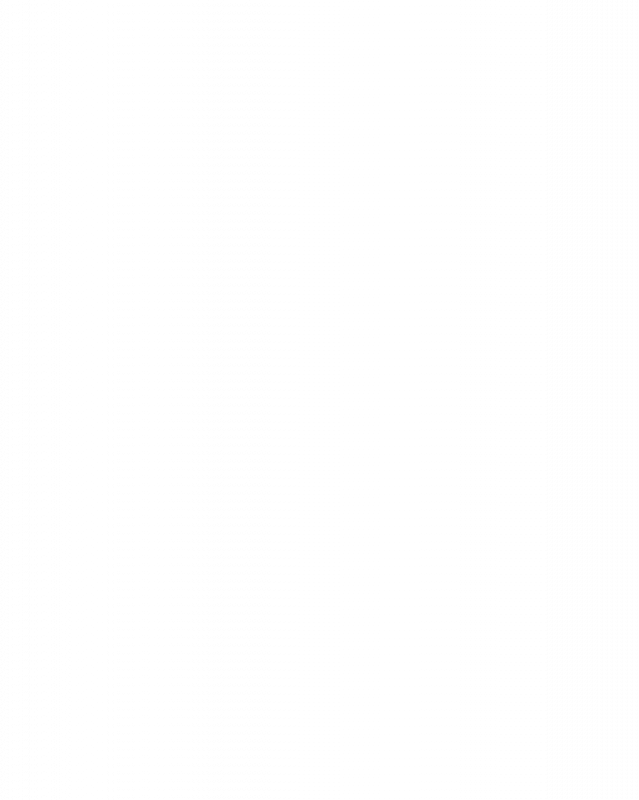 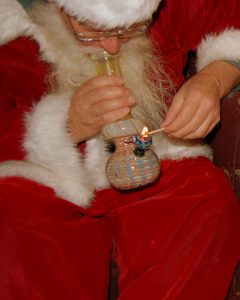 Twas the night before Christmas and all through the sky,

not a moment was wasted to get Santa high.

Santa headed northeast from Los Angeles following Highway 15 across the vast California desert. As he approached Henderson he could see the glowing lights of the city in the distance. Las Vegas, land of lights, in the middle of nowhere, yet it was everything.

“High Rollers and heartbreak,” Santa said to no one in particular. “But, they do have the herb now and my back is acting up.”

Santa reached into the little pocket Mrs. Claus had sown to keep a small bottle of tincture she’d made. The bottle was nearly empty.

“Thank goodness for legalization!” Santa exclaimed, steering Rudolf and team right down Las Vegas Boulevard, the infamous Vegas Strip, and onto the rooftop of Essence, one of the premier dispensaries in the city.

“Whoa, Rudolph, Whoa Dancer and Prancer!” Santa shouted out to his team, as they veered toward Cincinatti Avenue, landing on the rooftop of Essence, overlooking the Strip.

Armen Yemenidjian was closing up shop with one of his bud tenders when they saw something high above them, then heard the thump on the roof at touch down.

“What the fuck!” Armen said in disbelief.

But the budtender knew. Through the green railroad of information, news of Santa’s infamous Christmas Eve visits had traveled around the world.

“He was at Teesdale last year,” the stunned budtender muttered.

“Teesdale Cannabis Club, outside of London,” he said, as the two made their way back inside, out the back, and up the stairs to the roof. “Evidently, Santa has a bad back.”

The two looked at each other, then Armen slowly opened the root top door.

Santa had dismounted from the sled and was putting green leaves into feed bags for each reindeer. He turned and smiled widely at the two,

“Ho, ho, ho!” Santa exclaimed, approaching the two, who were now staring with mouths and eyes wide open at this vision they’d only thought existed in cartoons and holiday marketing fodder.

Santa could see the disbelief, so to break the ice he explained, “Cannabis leaves. We have a little greenhouse up at the pole. They love them, gives them energy and keeps them feeling good.”

Armen and the bud tender grabbed handfuls of leaves and helped stuff them into the feed bags.

“Excellent idea, Santa,” he said, relaxing in the task.

The budtender looked out across the Vegas sky, then back to the sled and the seemingly normal activity of feeding animals.

“How you feeling, Santa?” he asked.

“Well, since you mention it, the tincture Mrs. Claus provides me with for such a trip is a bit low, and my lower back is a bit stiff. You two wouldn’t have a little to share, would you?”

“Santa, I’d like nothing better than to share my personal stash with you,” Armen said, leading the way to the rooftop door.

Once in his office, Armen pulled a carved wooden box out of a cupboard and set it on a table. The three sat around in a circle, and Armen filled the bowl of a bong with ground flower and handed it to Santa.

“Nevada’s finest,” he said. “Grown and hand-trimmed right here in Vegas. Thought you might like some Headband about now – 707 Headband. It’s farmed by Remedy – the first brand here in Vegas.”

Santa took the bong and enjoyed a big hit, billowing smoke across the room, much to Armen and the bud tender’s delight.

“You know, my back gives me a little trouble,” Santa shared. “By the time I’m done with the West Coast, I need a refresh. The flower helps for a top-off, but you wouldn’t happen to have any medibles or a bottle of tincture would you?”

The bud tender handed Santa a box of Incredibles Peanut Butter Buddha Pretzels, a Cool Mint chocolate bar, and a bottle of CBD Focus Elixer by Canna Hemp; while Armen re-filled the bong and handed it back to Santa once again.

“These fine products should help you cover a few more states,” the Bud Tender said. “They are both 100 milligrams, so take one 10 milligram piece at a time.”

“Oh yes, I know the drill,” Santa said with a wink. “Start low, go slow. I hate to admit, but I learned the hard way making my way across the Pacific Northwest. Those little candies were just too good and I ate the entire box! Rudolph had to get us to Portland before I could get some CBD tincture to take the edge off. Not funny at the time.”

The three laughed, all sharing similar experiences, then the bud tender filled a bag of swag for the jolly visitor.

“I can’t thank you enough,” Santa said with a laugh and a smile. “The lights of Vegas will have a different meaning to me now, and I’ll never think of high rollers in the same way again!”

Santa readied the sleigh once they were back up on the roof, and with one wave they lifted high above the city of Las Vegas, with Santa singing out, “Ho, ho, ho… Wellness to all, and to all a good night! Ho, ho, ho!”

Author’s Note: Santa is depicted in this series by the late John Anderson, a dear friend of the author’s, lost to cancer the year after this photo shoot. Blessings to John’s family. Long may he live in our hearts and minds as Santa.